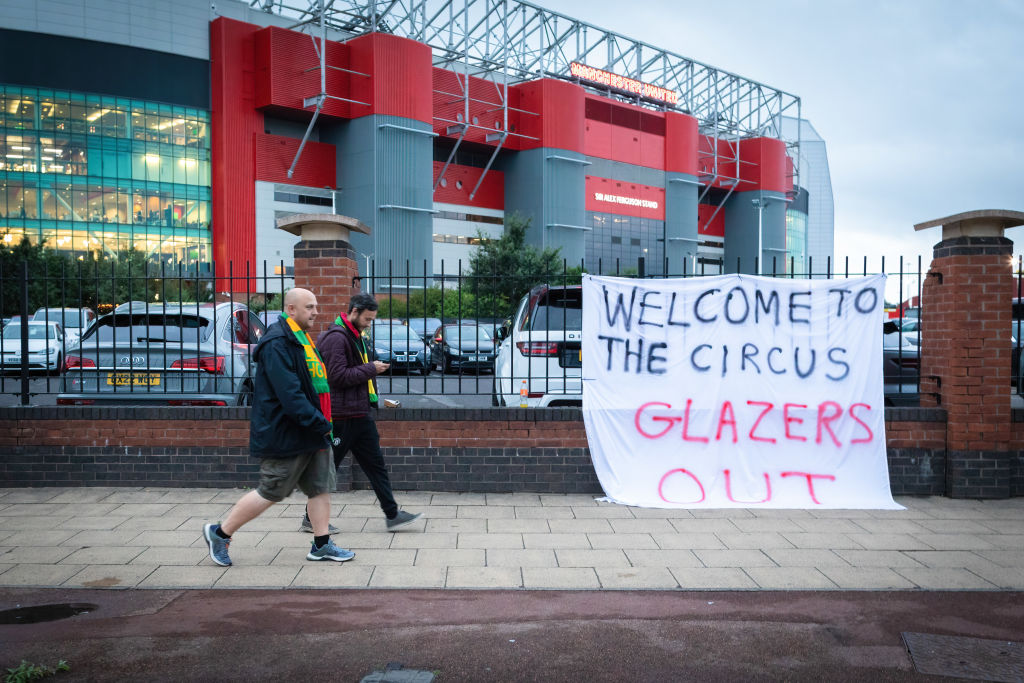 The Glazer family are seeking north of £5billion in order to sell Manchester United, which values the club at more than twice that of rivals Chelsea.

The Americans confirmed on Tuesday night that they are seeking ‘alternative strategies’ for the future of the club, which could range from investment to a full-blown takeover.

It’s believed the Glazers would rather sell the club in full, particularly following the failure of the European Super League to get off the ground.

United’s share price would value the club at around £3.2bn but as arguably the biggest football club in the world, many investors would be interested in purchasing the club and would be prepared to pay above its valuation.

The Red Devils are £500m in debt and Old Trafford either requires renovation or tearing down, which would require around £2bn on top of any purchase.

Neverthless, Sky Sports say the Glazers are holding out for more than £5bn in order to give up their control of the club.

Chelsea were purchased for a fee of around £2.5bn earlier this year, with Todd Boehly’s consortium committing to a further £1.25bn in investment over the next decade.

United are an all together different proposition, even with the club requiring significant investment.

With a reported 1.1bn ‘followers’ worldwide, United are the most followed sports team on earth and they’ve won the English league title more than any other team.

Despite a fallow period after Sir Alex Ferguson’s retirement, the club remain in the top five biggest clubs in the world for revenue.