REVEALED: Germany’s ‘flatshare’ system at their Euro 2020 base camp… with Kai Havertz separated from Chelsea pal Timo Werner but living with Bernd Leno and seven ‘house captains’ picking their room-mates!

Germany have set up a ‘flatshare’ system at their Euro 2020 base camp in the hopes of forging a team spirit to boost their chances at the tournament.

Joachim Low’s men are not one of the contenders to win the Championships this summer and enter the competition off the back of some shaky form over the last year, but the squad are hopeful of springing a surprise.

They will kick their campaign off with a tricky opening game against reigning World Cup champions France – with the team placed in a ‘group of death’ alongside Portugal and Hungary. 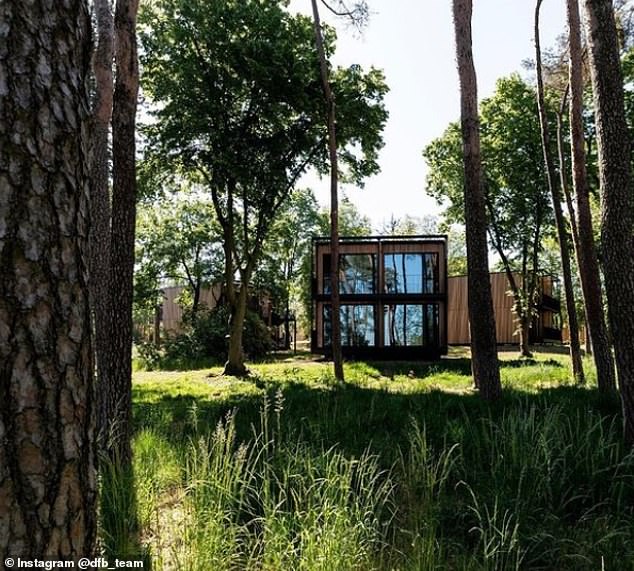 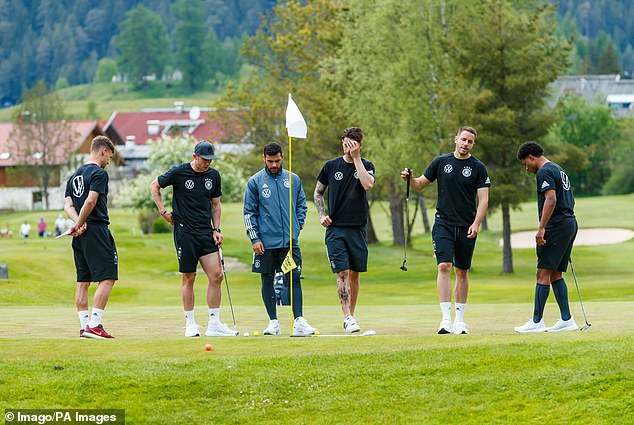 Their efforts start with a solid squad mentality, and national team director Oliver Bierhoff has implemented a strategy to create a ‘good mix’ of players rooming together at their training complex in Herzogenaurach, outside Nuremburg – making an effort to separate club team-mates.

Germany players will live in ‘units’, shared by three or four players, scattered around the camp, as revealed by Bild.

Bayern Munich stars Joshua Kimmich and Leroy Sane will be living together, but Kai Havertz has been separated from his fellow Chelsea players – and will be dorming with Arsenal keeper Bernd Leno. 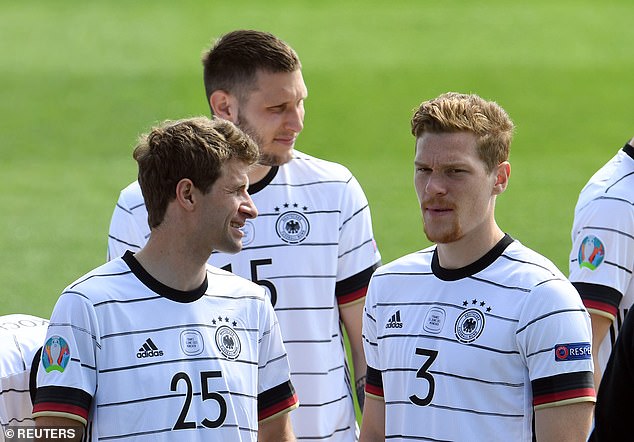 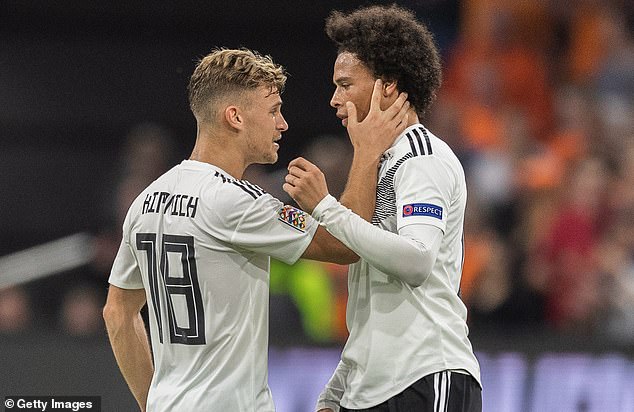 Joshua Kimmich (L) and Leroy Sane, team-mates at Bayern, will also be paired together

Bierhoff explained how the system was organised, with seven of the team’s most experienced players put into the condominiums, and then a lottery was carried out to determine who would be place with them.

‘In the first step, we selected the seven house captains with the most international matches,’ the former Germany forward said.

‘Then there was a lottery, but care was taken to ensure that, for example, not three or four from the same club were together. Something was changed there. We made sure to have a good mix. There were only three Bayern players in one house, so we swapped again.’ 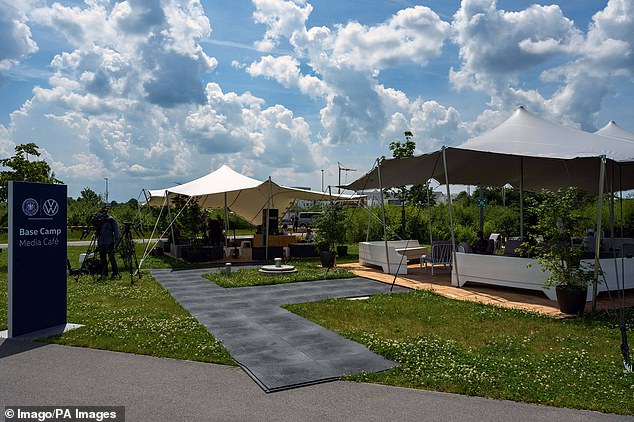 The squad are based at their complex in Herzogenaurach, outside Nuremburg, with all their group stage games set to be played on home soil in Munich 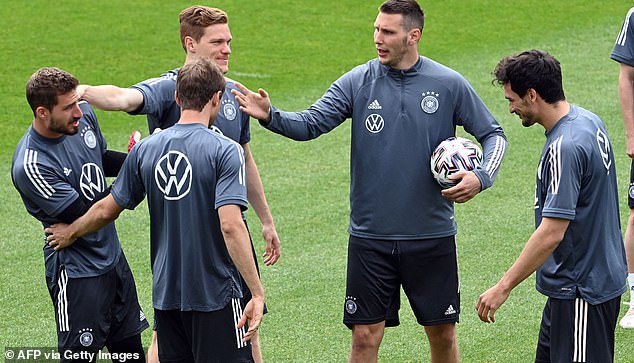 Bierhoff hailed Germany’s ‘fantastic’ conditions at the camp and feels the squad will benefit from its ‘tranquility’, saying the set up will help the team focus as they prepare for the France test.

‘We have conditions that cannot be done better. We have given a lot of thought to how we will prepare and how we will live. Hopefully it will be a long and intense time. It helps when you have such fantastic conditions.

‘There is a lot of nature, a lot of tranquility. We look forward to being able to watch the European Championship games together outdoors for the next few days. The mood is absolutely good and focused. 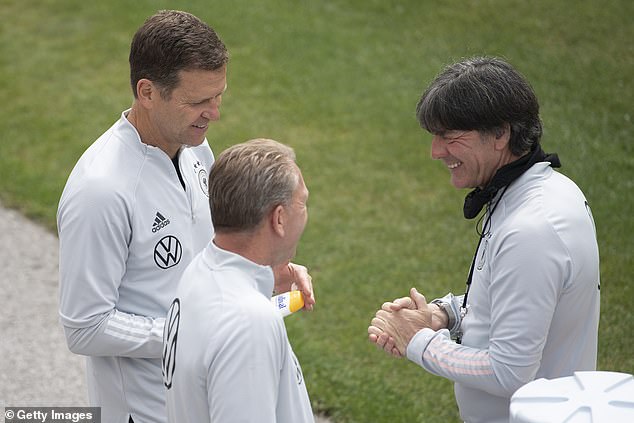 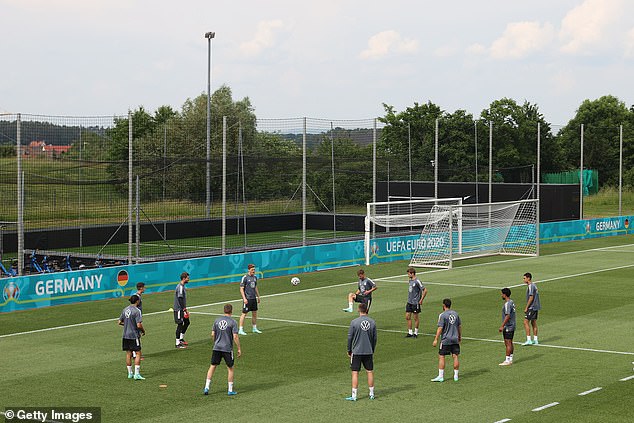 Germany have been placed in a ‘group of death’ alongside the French, Portugal and Germany

‘From now on it’s important: focus, focus, increase tension in order to perform the best against France!’

Germany come into the tournament with momentum having thrashed Latvia 7-1 in their final warm-up friendly, as they look to make amends after a few damaging results that put coach Low under pressure.

The team already know this will be Low’s last tournament, with former Bayern boss Hansi Flick taking over after the summer, and the squad will feel they have something to prove after being dismantled by Spain 6-0 in November.

They will play all their group games at the Allianz Arena in Munich, effectively giving them home advantage for the first stage of the tournament.