Home » Soccer » Gary Neville Podcast: Liverpool have gone beyond a dip – it's a real collapse

Liverpool were beaten 1-0 by Fulham on Sunday, registering their sixth successive defeat at Anfield in the Premier League; Liverpool have slipped to eighth in the table with Gary Neville describing their recent drop off in form as “bizarre”

Liverpool have gone beyond a dip to a total collapse in form, Gary Neville has said on his latest podcast after the Reds lost a sixth successive home game on Sunday.

Jurgen Klopp’s side were beaten 1-0 by Fulham at Anfield and have now slipped to eighth in the Premier League table, leaving their title defence in tatters.

It has been a shocking fall from the top for Liverpool, and Neville gave his verdict on their latest defeat on the Gary Neville Podcast.

He said: “How bad are Liverpool? They’re really bad… When I say that, I mean really bad in sight of how good they’ve been. We all like different styles of football and for me, if you said put Manchester City over the last three years against Liverpool, I’m taking Liverpool all day long.

“Their speed of play, the aggression in their play, their style of play, I love it. I love the front three, I love the way the back four played, their goalkeeper is outstanding.

“This Man City team is a fantastic team, don’t get me wrong, and it pains me to say that they are both the biggest rivals for Manchester United. Liverpool have been absolutely outstanding and reached unbelievable heights and I said a few weeks ago on this podcast that it was acceptable that they would have a little bit of a dip and I would go easy on them. We could never do it in the fourth year at Man Utd, there was always that dip, but this isn’t a dip – this is a collapse. They’re woeful at the moment in every single way.

“I don’t know what it is. I’m sure there’s no panic there, I’m sure Jurgen Klopp has got the experience and quality and he will know that he needs to get his team to the finish. He needs to get this season over and limp over the line, even wheelbarrow them over the line if he has to.

“When he gets them to the end of the season, he’s going to have to regroup, but then you think about the fact there’s a European Championships and then the season will start again pretty quickly. His players aren’t going to get much of a rest. 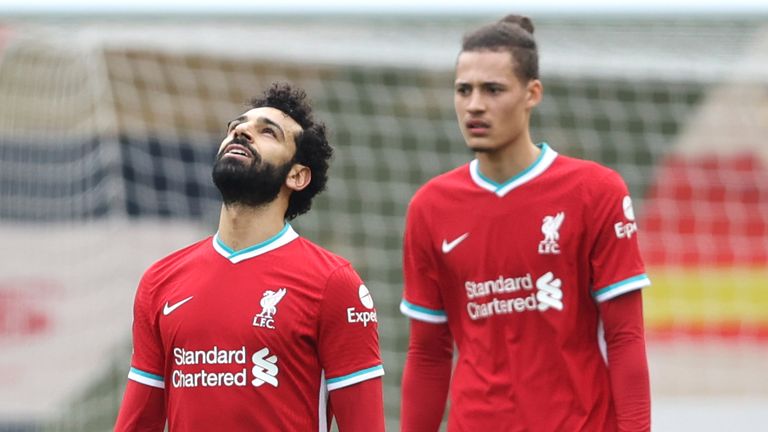 “They’ve to regroup and make sure the damage that is being done at this moment in time in terms of the confidence isn’t long-standing. The fact that they won the Premier League title last season and got to a Champions League final and won the year before, also losing it the year before that, it’s still the same group of players.

“In football, I never think it’s as bad as it looks or as good as it looks… Liverpool players will be punishing themselves and you can’t do what they’ve done in the last few years without being great professionals and great players. You don’t get to two Champions League finals and do what they’ve done with City, wrestling them right until the end and then winning the title last season, without being a fantastic team.

“But what’s happening at the moment is bizarre… and it feels like they’ve lost absolutely everything that they had. Their speed of play, their confidence, the way in which Anfield was such a difficult place to go, the determination, the resilience to win when they weren’t playing well – there isn’t anything there at the moment.

“I don’t how they get that back other than to get to the end of the season. They’re going to struggle to get into the top four – they still could but they’re really going to struggle – because the mood in the dressing room at the moment must be really low. The confidence must be drained out of them and I have no answer. It goes beyond what would be a fourth year dip, this is a real collapse.

“They’ve got a great manager who has done a brilliant job and the owners have got to trust in him to put it right because he’s done it for them now for four or five years. Klopp is an unsackable manager for the next five years for what he’s done at Liverpool. He epitomises what they want, what they are, he’s captured the essence of what Liverpool are as a club, he plays football that’s outstanding and he’s allowed a really bad season, which is happening at the moment by the standards that they’ve set.”

‘What Parker is doing at Fulham is really special’ There was also praise for Fulham manager Scott Parker, who took his coaching badges at the same time as Neville, with his side edging closer to Premier League safety.

Neville added: “A few years ago, when I finishing off my Pro Licence, one of the coach educators within the FA at the time was Roy Hodgson and he particularly mentioned Scott Parker as being an outstanding student within the Pro License cohort at the time.

“It always stuck in my mind and this person doesn’t get coaches wrong, he’s someone who has been teaching coaches for a long time. He’s seen it all and coached a lot of the coaches we see in the Premier League.

“Seven or eight years ago, there would be a period whereby Scott Parker would have been sacked around Christmas and one of the old stalwarts would have been bought in to try and get you out [of relegation].

“What Fulham have done is supported Scott, which they’ve had to do because they know they have a great young coach, and allowed the team to develop. They recruited well at the end of the transfer window and he’s now starting to build momentum. The performances are good and if you’re Brighton and Newcastle, you’re really worried.”

Another topic of conversation on the Gary Neville Podcast was the art of playing out from the back, after Granit Xhaka’s misplaced pass led to Burnley’s goal in a 1-1 draw on Saturday.

Neville cited the influence of coaches like Pep Guardiola for its popularity, and says it is important to have the best managers coming to the Premier League.

He said: “I think it was 2009 in Rome [the Champions League final] between Manchester United and Barcelona when I first saw first-hand [Gerard] Pique and Yaya Toure as centre-backs were split about three yards off the touchline. I’m in the stands injured and thinking ‘what are they doing? They’re having a laugh, we’re going to counter-attack on them and win the game’, and they pulled us apart eventually. 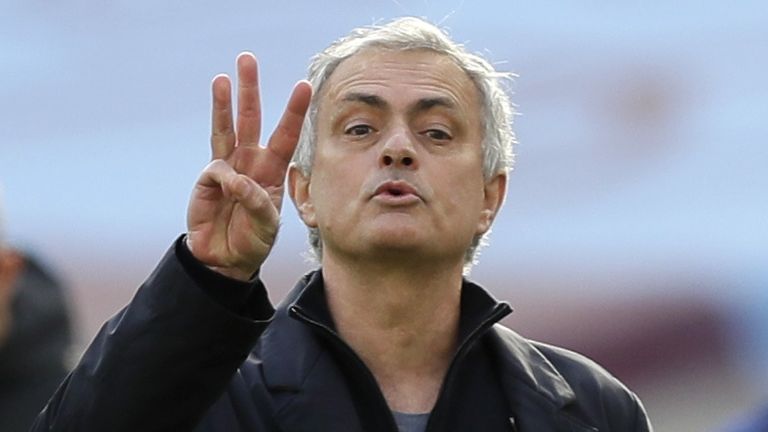 “We’re not ever going to change that back, and why should we? It is the development of the game and I do think it is because the influence of Guardiola, Klopp, Mauricio Pochettino, Jose Mourinho, of all these great coaches that we’ve had. Why I think the Premier League has gone back up to challenging in Europe year in, year out again, is the influence of the coaches.