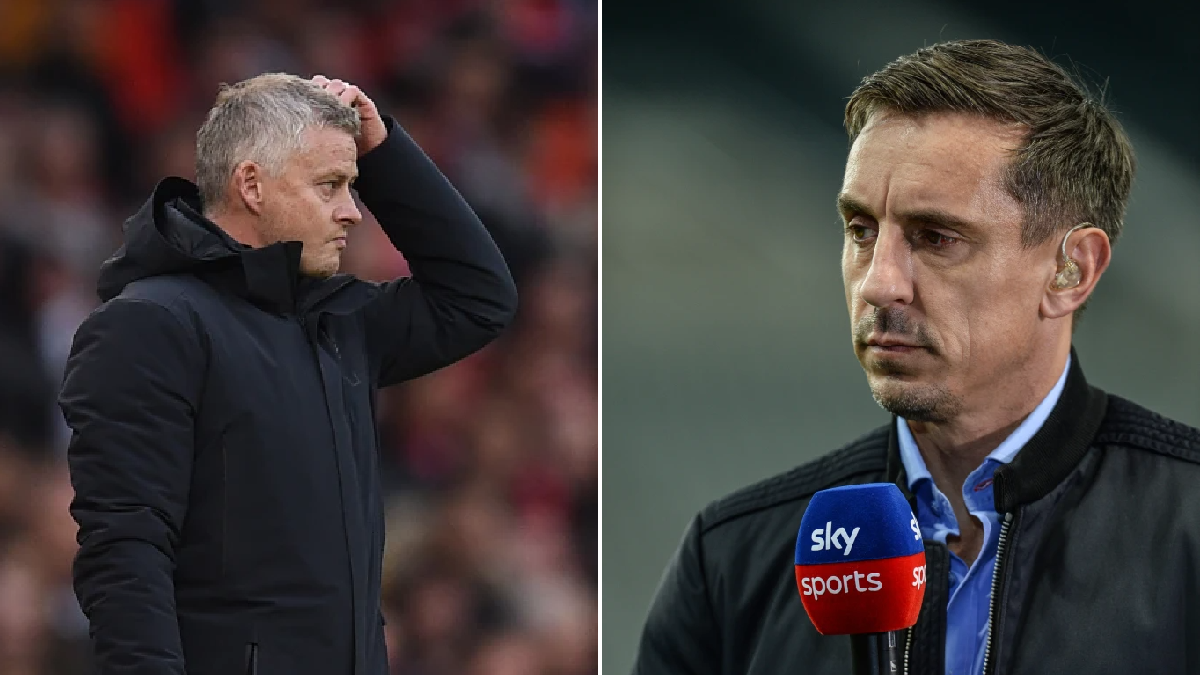 The Norwegian named an unchanged side against Liverpool from the one that beat Atalanta in midweek, with Fred and Scott McTominay paired in midfield, behind playmaker Bruno Fernandes.

It meant the likes of Paul Pogba settled for a spot on the bench once again alongside Nemanja Matic and Donny van de Beek.

Matic was handed a rare league start in the 4-2 defeat to Leicester earlier this month while Van de Beek has played just five minutes of Premier League action this season.

And Neville feels Solskjaer’s decision to opt with Fred and McTominay in the defeat to Liverpool says everything about his feelings towards the benched trio.

‘We know what Fred and McTominay give him, Ole trusts them,’ Neville said on Sky Sports.

‘It means that he doesn’t trust Paul Pogba, Van de Beek at this moment in time, or Matic who played at Leicester last week.

‘He still goes back to those two that have been the most reliable for him over the last two or three years.

‘The only thing I would say is obviously with all that talent on the bench that if you don’t win with these two in midfield then where do you go from there?

‘They were 2-1 down the other night when McTominay left the field and Pogba came on so they still conceded chances.

‘I like McTominay and Fred, I just think they’re limited in terms of what they can offer Manchester United in terms of getting back where they need to be but it needs a bridge for today’s game.

‘I think in the longer term Ole’s going to have to prove that he can get Van de Beek, Pogba, Sancho, onto the pitch at the same time and manage these what would be world class talented players that he’s signed.’

Pogba was introduced at half-time with United trailing Liverpool 4-0 but it was too little too late, as the score line finished 5-0, leaving them eight points behind leaders Chelsea at full-time.

The Frenchman was also shown a red card for a nasty challenge on Naby Keita, meaning he lasted just 15 minutes on the pitch.