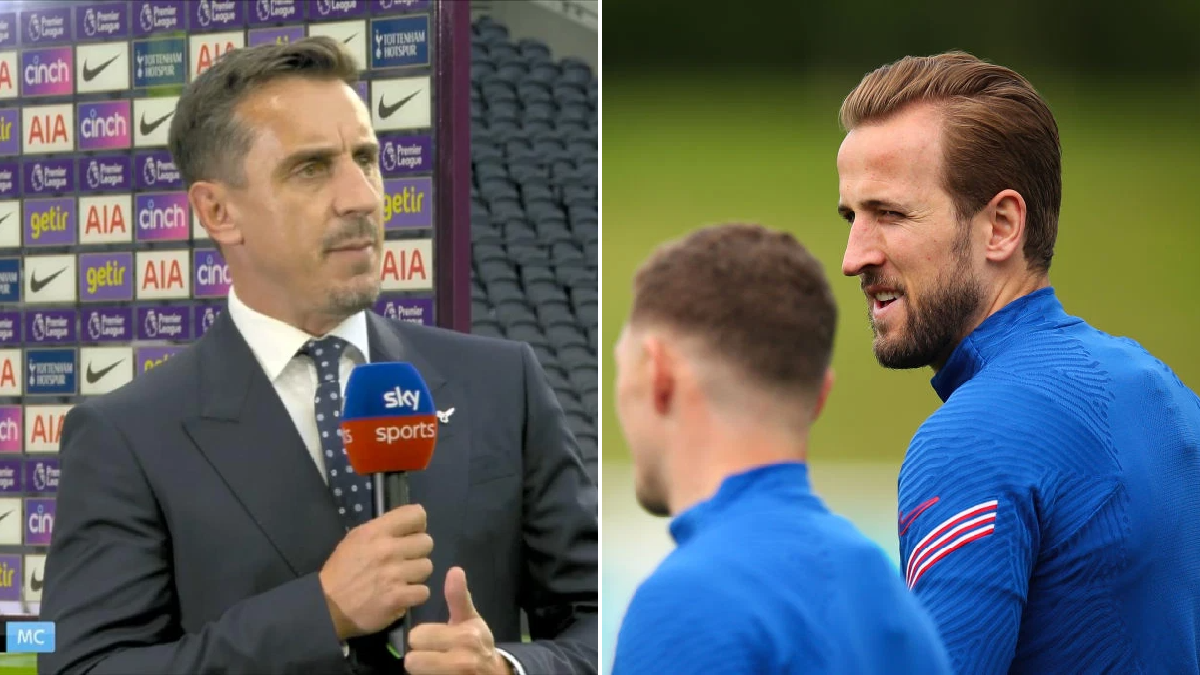 Gary Neville believes Harry Kane’s absence at Tottenham’s opening Premier League victory over Manchester City was evidence that ‘something is wrong’ and a sign he will leave Spurs before the summer transfer window closes.

But Kane’s absence – he was not even in the stands as Tottenham beat Manchester City 1-0 thanks to Son Heung-min’s second-half goal – will only increase speculation that the 28-year-old is set to leave north London amid strong interest from Pep Guardiola’s side.

Manchester City broke the British transfer record on £100m signing Jack Grealish earlier in the month but the defending champions are still interested in bringing Kane to the Etihad.

Discussing Kane’s future following Tottenham’s victory over Man City, Neville told Sky Sports: ‘Every other England player has been involved this weekend. Harry Kane would be here today if there was no doubt over his future.

‘I thought this meant he was gone, the most prominent player not visible in this stadium. To not see him today was a surprise. I think that told me he was gone.

‘Maybe I’m wrong and he’ll still be here. Harry Kane – he comes back late, he’s in isolation, he’s not here today – something is going on, something has happened.’