Gary Lineker put Gareth Bale’s ‘Welsh rugby’ penalty kick to one side in praising the winger as he led his country to a 2-0 victory over Turkey on Wednesday. Wales headed into the game knowing three points would go a long way to securing their place in the knockout stage.

Turkey though also needed to bounce back after a disappointing defeat to Italy in their opening group game.

It set up a fascinating group match which would call upon the teams’ best players to step up.

That fell on the shoulders of Wales captain Bale, who hadn’t scored for his country in almost two years.

The Real Madrid superstar looked lively from the first minute though as he created chances for the likes of Aaron Ramsey and other Wales attackers. 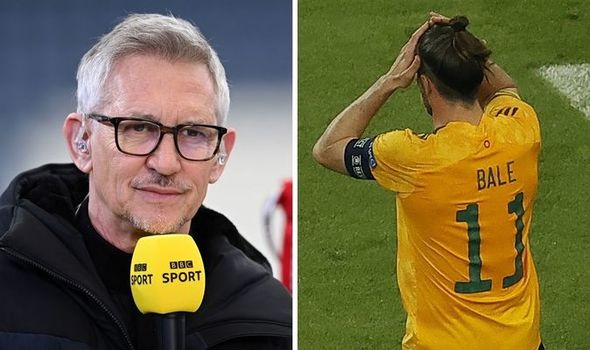 And a piece of genius from the 31-year-old eventually led to Wales taking the lead just before the break.

Bale spotted the run of Ramsey and dinked a 30-yard pass over the top of the defence with the Juventus midfielder smartly finishing past the opposition goalkeeper.

Wales came out for the second half buoyed by their 1-0 lead and could have wrapped the game up on the hour mark.

Bale was once again at the heart of it when he was brought down inside the box before stepping up to take the spot-kick.

But he was left with his head in his hands after smashing his effort high over the bar.

Lineker poked fun at Bale’s effort by tweeting: “Bale went all Welsh rugby with that penalty.”

However, Bale was clearly keen to make amends for his missed penalty and almost scored with a strong header down low, only for Ugurcan Cakir to keep his effort out.

Bale continued to impress with the ball at his feet and was in no mood to keep the ball in the corner deep into stoppage time. 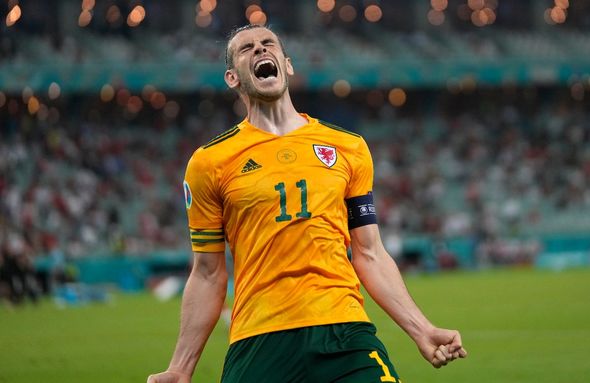 He picked up the ball and raced along the touchline before striking an effort straight at Cakir.

Bale repeated that same trick on the opposite side moments later though, this time setting up Connor Roberts for an easy tap in to seal the 2-0 win.

Despite making fun of the former Tottenham star, Lineker ultimately lavished praise on Bale for his performance in leading Wales to victory.

He tweeted: “Anyone can miss a penalty but @GarethBale11 is so bloody brilliant.”