As Gareth Southgate sat captivated by the entertainment of the Nations League, a thought occurred.

“What got us to the final of the Euros won’t be enough,” the England manager said. “There were four teams that were in the semi-finals this week. You saw the quality of the games, you saw the level of the players. We’ve got to make sure we are in that bracket of teams to be challenging. To do that we have to constantly be improving.”

As regards what is required to improve, that is a more interesting question. England were within two kicks of winning Euro 2020, but there were already indications that international football was also evolving. It was the highest scoring modern European Championships, with that coming from open and progressive football. The Nations League may be a much less pressurised competition but it felt like it continued this trend.

In short, this is the football the elite international teams are now playing.

“It’s always difficult to assess on a small sample of games,” Southgate said. “But from outside we know we want to keep evolving. We knew we wanted to evolve after the World Cup.

“I think the Nations League semi-finals and finals again showed the quality of the games there, exactly the types of games we want to be involved in, and they help your team to improve, they help your players to improve.”

England’s next World Cup fixture, at home to Hungary, isn’t quite that.

Southgate’s side have made a habit of motoring through most qualification matches, as their controversial away game against Hungary in September illustrated.

It was one of those odd cases where a 4-0 win over awkward opposition isn’t necessarily the most flowing, as Mason Mount spoke about.

“The first 45 minutes we didn’t score, kind of found it a bit difficult to create chances. Then we come out second half, we get the goal, we get three, four after that.”

This remains the only possible criticism of Southgate’s time in charge at this point. There is still that sense they could move on to another level of attacking play, to match what Italy, Spain and France have done in terms of performance.

They certainly have the squad to match them. This is one of the pressures on players like Mount. He is now a Ballon d’Or nominee but is not guaranteed a place, due to the amount of high-quality attacking midfielders and forwards available.

“That’s the kind of mentality we’ve got as a group and the competition is so high, it’s been so high for many years now and this is what you want as a player, to keep pushing yourself to that next level.”

Southgate goes even further on it.

“Well, I have a headache and I commit a crime every time I pick a team, so it’s very difficult every time you have to name a squad because we have so many good players and such good, strong competition for places.

“Of course there were lots of players that did their own confidence and their own reputations the world of good the other day and that’s pleasing to see.” 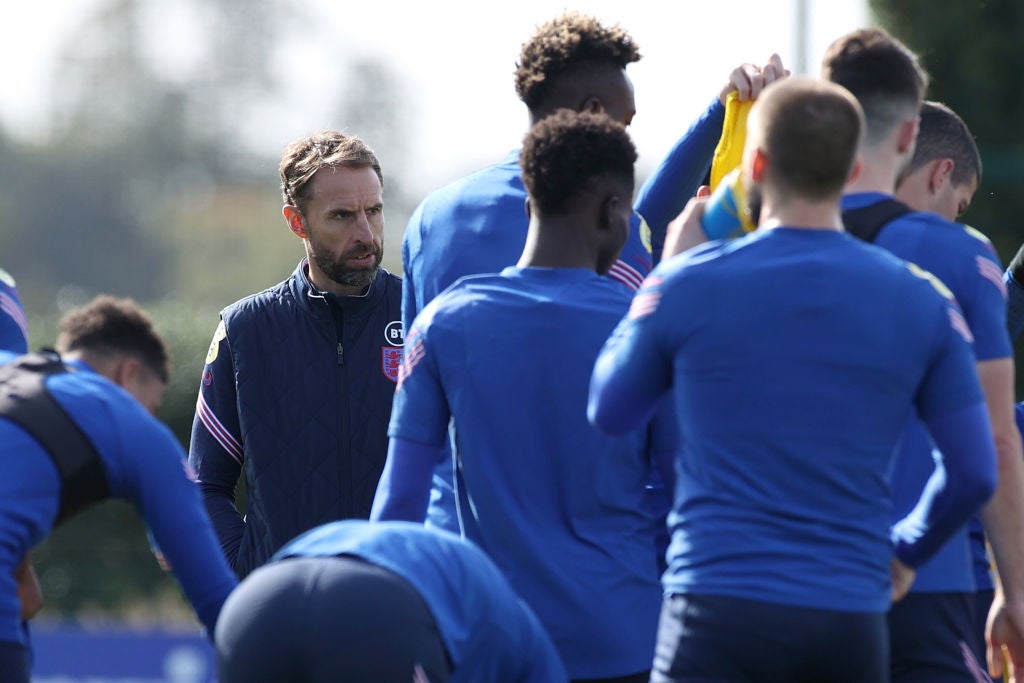 “I think, the start of when I joined the FA, one of the things I wanted to do with the under-21s was I knew there different sorts of players coming through our academies and we wanted to change the perception of English players and coaches. We know that we’ve got some players – we’ve always had outstanding players. We’ve had Champions League winners, Gerrards, Beckhams, Scholeses, Rooneys, so we can’t say we’ve never had good players, but some of the ability of modern players to play in a different way across Europe, not just our country, is fascinating to see.

“The tight possession game that is so common in training from when they are a young age, you now have such a level of technical quality across Europe. Our young players are no exception to that. They can really handle the ball in tight areas. You saw it the other night in what can be a game that has been sticky in the past for us to break down a packed defence.

“The only other thing I would say, I think across Europe we have gained a lot of respect. When I travel in Europe, when I speak to coaches there’s probably in a way a greater appreciation of what we’ve done and the way we’ve played than there has been here. That’s always reassuring because you want the respect of your peers and I think they’ve recognised where we’ve been over the last 30 years or so and there’s signs we’re starting to show and the ability of the players to play in a certain style.

“Every year that passes, the game gets so much quicker and the players get more athletic and technically better.”

Hungary are an improving side, but the nature of the last performance indicates it would be a surprise if they caused England too many problems. Southgate confirmed he will make changes from the win over Andorra, as his side can go to within a win of World Cup qualification should they beat Hungary at Wembley on Tuesday evening.

Whether they are still within a few kicks of a trophy is one of the more fascinating elements of a newly engaging period in international football.