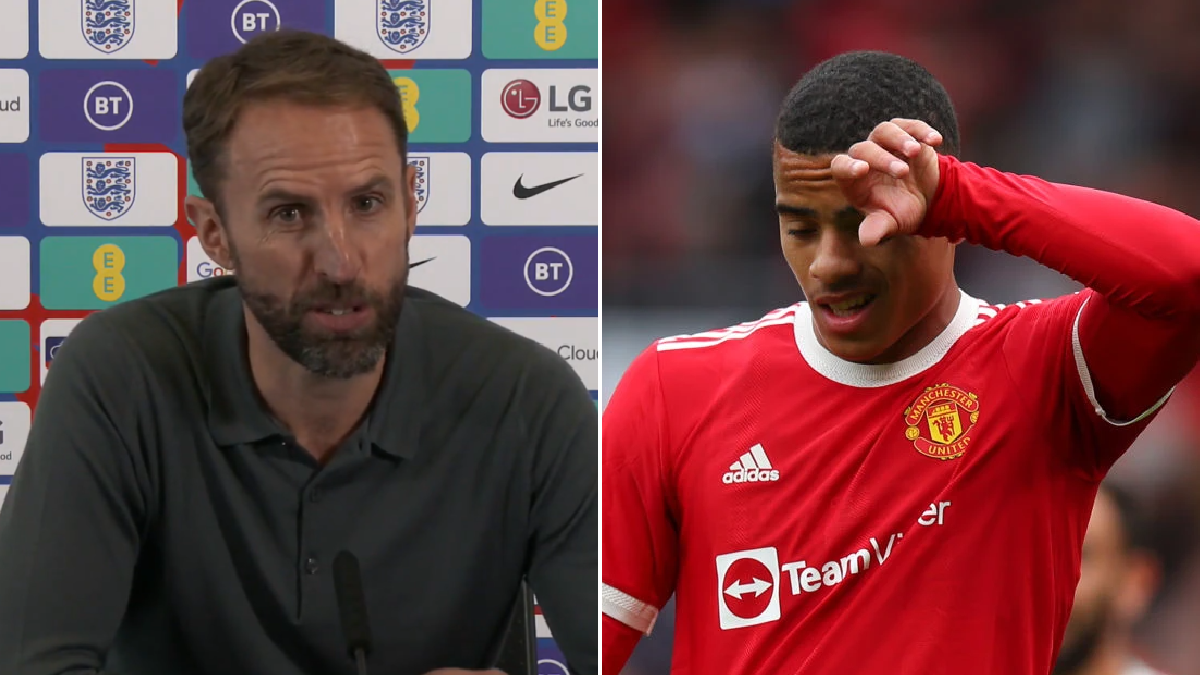 Gareth Southgate insists Mason Greenwood still remains firmly in his England plans despite leaving the Manchester United star out of the latest squad, saying both he and Jude Bellingham are being protected by not being picked.

The Three Lions travel to Andorra next Saturday and then face Hungary three days later as they continue their World Cup qualifying campaign, with Southgate naming his 23-man squad on Thursday.

But despite a strong start to the campaign, Greenwood – who has already netted three times in the Premier League – has not been included, while Dortmund midfielder Bellingham is another surprise omission.

It is now over a year since United’s 19-year-old forward last played for England, dating back to his coronavirus bubble breach in Iceland, though Southgate insists the only reason for both Greenwood and Bellingham’s non-selections is to ensure they do not get burnt out.

Asked why neither player made the England squad despite impressing so far this season, Southgate replied: ‘Well they don’t come as a pair but they’re both similar situations in that they’re young players with a heavy load at the moment.

‘I’ve spoken with both of the players. Jude at the moment has got a high level of matches. He’s playing Champions League games, he’s played Bundesliga games.

‘As an 18-year-old he had a full season last season then into a European Championship, so no break.

‘And we have to remember that these lads are still physically growing, so when we we’re talking about young player development we’ve got to be really careful with how we handle them.

‘These are two players that we think can be really exciting players for England for the future but we don’t want to overload them. We’ve got to be making sure we make the right decisions.

‘So they’re very much decisions that have been taken with me having conversations with the players and their families, rather than any sort of deal with the clubs.

‘I think both clubs we have very good relationships with and we’ve spoken to about the situations, but it’s not a deal with the club. It’s very much us looking after young players.

‘And normally with these sort of things, these players would be in our under-18s, under-19s, under-20s, where these sorts of things happen all the time.

‘But of course the profile of these two boys is much higher, they’re both playing very well, so I can understand why people would raise their eyes.

‘It’s not a case that we don’t think the players deserve to be in the squad. We’d be picking them if we didn’t have those longer term aims and ambitions in mind I think.’