Gareth Bale’s lack of game time during his season-long loan at Tottenham could mean he can provide Wales with added “freshness” at this summer’s European Championships, according to Mark Hughes.

After enduring a tumultuous relationship with Real Madrid over the past few seasons and coming close to leaving the Bernabeu on a number of occasions, Bale made a sensational return to Tottenham on loan last summer, which provoked widespread excitement among their supporters and helped enhance Spurs’ status as contenders for the top four ahead of the 2020/21 campaign.

But Bale struggled for match fitness and regular first-team minutes under former head coach Jose Mourinho and was restricted to just 10 starts in the Premier League all season.

However, following Ryan Mason’s appointment as interim manager in April, the Wales international scored six times in seven appearances during Tottenham’s top-flight run-in – including a hat-trick against Sheffield United and two goals against Leicester City – which helped them salvage a seventh-place finish and a spot in next season’s UEFA Europa Conference League.

Hughes thinks that Bale’s lacklustre return to Tottenham may prove to be advantageous for Wales come next month’s Euros. He predicts that the playmaker’s recent upturn in form and lack of minutes overall this season could stand his condition in good stead. The former Wales striker told Sky Sports News: “I think with Gareth it has only been recently that he’s actually been given game time but that might be something that Wales can benefit from because he may have that freshness that he needs.

“A lot of top players get to the end of seasons and it’s on the back of 50 or 60 really high-level games and Gareth doesn’t have that. We need Gareth playing at the top of his form and if he is then he will prove a huge asset to us.

“I’m a little bit worried about a couple of the senior players, obviously the likes of Ben Davies who has an injury problem at the moment, Joe Allen as well who was also involved in the previous campaign when Wales did really well, so you want your senior players fit.

“We haven’t got that strength in depth that England or one of the top nations have. You want your top players playing well in order to inspire the others so we need the likes of Bale and the other guys I’ve mentioned to be right on their game.”

‘I hope Bale chooses to stay in Premier League’

Real Madrid are understood to be willing to listen to offers for Bale this summer with the Wales international set to enter the final 12 months of his contract upon his return to the Spanish giants.

Negotiations between the forward’s representatives and his club will remain on hold until after the Euros, with it seeming unlikely that Bale will remain at Tottenham.

“It just has to happen after the Euros,” Bale told Sky Sports after Spurs’ final game of the season against Leicester. “I know what I’m doing but it’ll just cause chaos if I say anything now.”

Reports suggested that Bale may choose to call time on his playing career after the Euros but in March he told Sky Sports News that it was a dream for him to play for Wales in a World Cup. 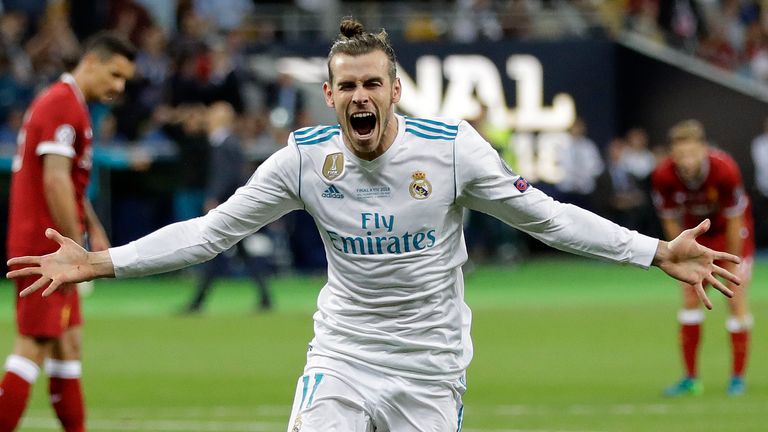 On Bale’s future, and whether he should choose to remain in the Premier League, Hughes added: “I hope so I think he’s an outstanding player.

“It all depends on his situation at Real Madrid, it seems that in recent years he’s been quite strong that he’s said he isn’t going to be pushed out of Real Madrid and he’s got a year left on his contract but wants to go on his terms.

“I would love to see him playing week in week out in the Premier League, I think we need players such as Bale playing in this league of ours.

“If I’m honest, it doesn’t look as if it’s worked out as well as everybody expected it to [at Tottenham]. He didn’t get the game time under Jose Mourinho that he would have liked for whatever reason, when Gareth came back to the Premier League everybody was excited by that prospect.

“But it’s only recently that he’s been given good game time and then you can see the kind of quality that he can bring to a team.

“Gareth is one of those players who needs to be happy and comfortable in his surroundings and maybe sometimes this year at Tottenham surprisingly I don’t think he has been.

“It’s only in recent weeks that he’s been playing with a smile on his face which is what we want as Welsh supporters.”

‘Wales can have a go at top sides at Euros’

Page will take charge of Wales in Ryan Giggs’ absence as they look to emerge from Group A at this summer’s tournament and reach the knockout stages again after progressing to the last four in 2016 under Chris Coleman.

As well as the opener against Switzerland, tough fixtures against Turkey (June 16), and Italy (June 20) await and Hughes feels cautiously optimistic yet pragmatic regarding their chances in next month’s competition. 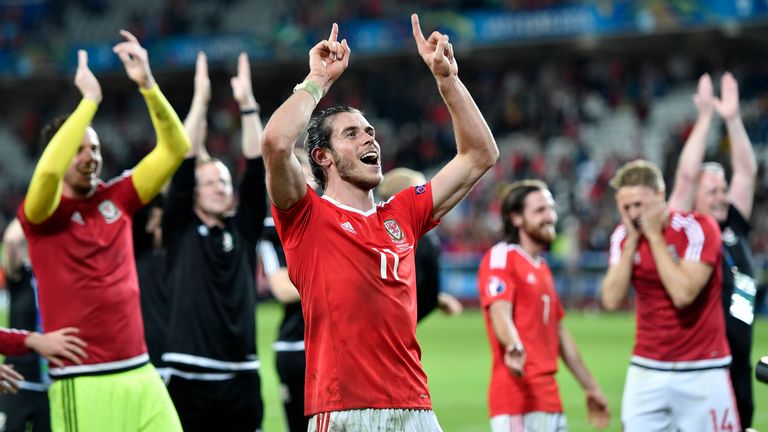 “I think it’s a difficult group that they’re in, Turkey are really strong at the moment and Italy, as we know, are geared up for tournaments and will be ready and obviously difficult to break down,” Hughes said.

“The key is the first game against Switzerland and if we can get a positive result in that game. If we slip up in that game it makes it really difficult and we won’t be in a confident mood and ability to really have a go at those two top sides.

“If we get to the knockout stages then who knows what might happen, every Welshman has got marvellous memories of what we did last time out so if we can replicate that then I think it’ll be amazing.

“I think most people in Wales are quite philosophical about our chances but it doesn’t mean we won’t enjoy it if that did happen.”