PICTURED: Gareth Bale arrives to hero’s welcome  at Tottenham’s training ground after he flew in on Daniel Levy’s jet with Sergio Reguilon to complete their £40m double deal TODAY

Gareth Bale was seen sporting a big smile as he arrived at Tottenham’s Enfield training ground to sign the contract to seal his return to his former side.

Sportsmail exclusively revealed on Wednesday that Bale has agreed a season-long loan deal to return to north London.

He will earn more than £13million in wages as part of the one-year deal negotiated by Tottenham chairman Levy.  After flying into Luton airport shortly after midday on Friday, he was driven to the club’s training base and was greeted by excitable supporters giving him a hero’s welcome. 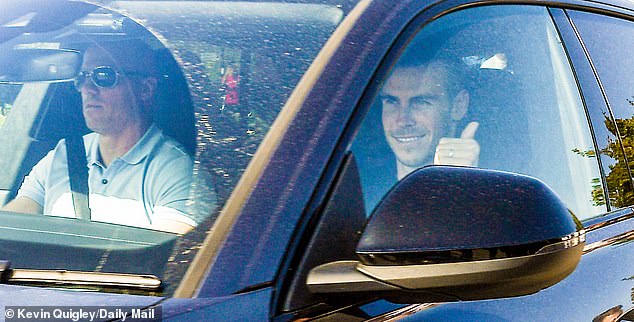 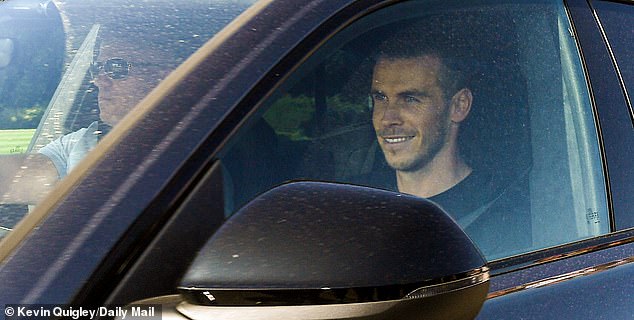 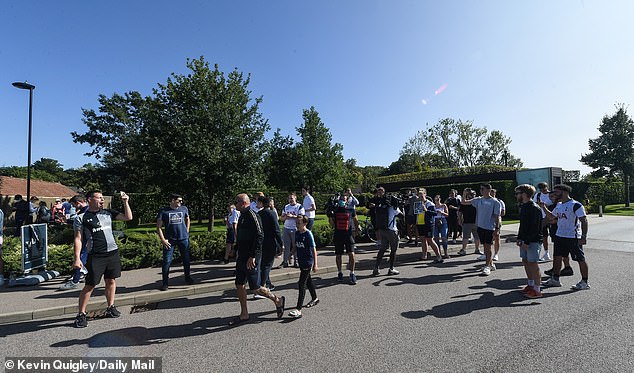 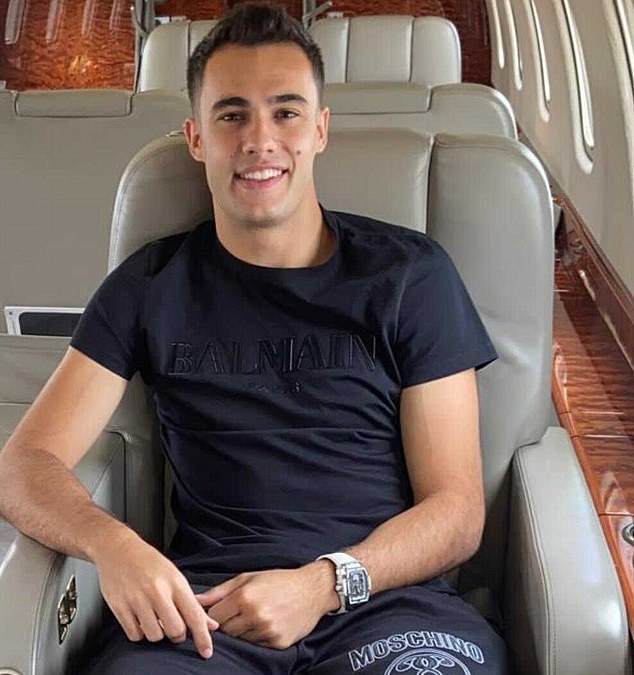 Bale made the trip to London with team-mate Reguilon, who is also joining Spurs this summer 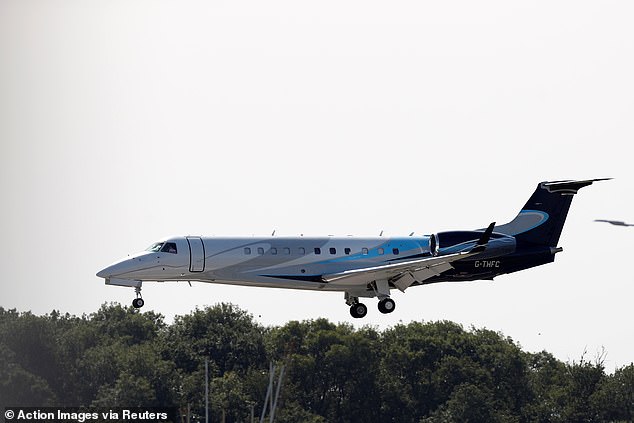 One excited fan, who had tracked the flight online to Luton, was among the first to get up close to Bale at the airport as he posed for a selfie inside a black Audi for the fan.

Other supporters headed for the club’s training ground and were left waiting on the side of the road for him to arrive. When he pulled in, there were loud cheers and Bale looked delighted to be back.

He gave a thumbs up on arrival as supporters clamoured for selfies with the returning hero.

Levy was pictured arriving bright and early at Tottenham’s Enfield base earlier on Friday morning as he was left sitting tight to announce Bale’s return to the club. 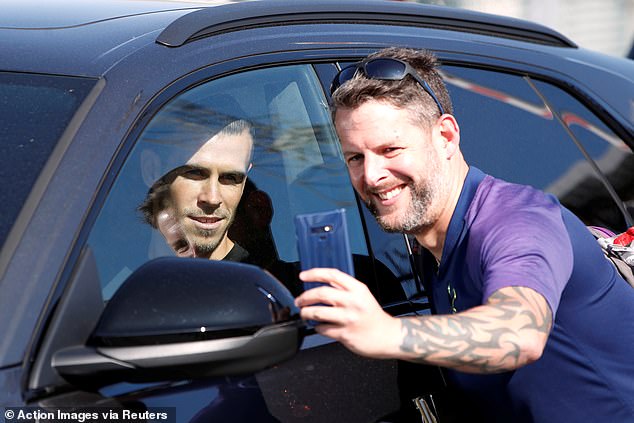 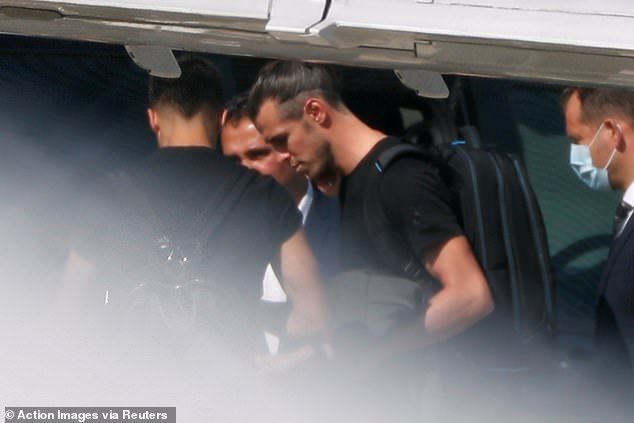 Bale was pictured leaving Luton airport shortly after 12.30pm as he readied to sign his deal 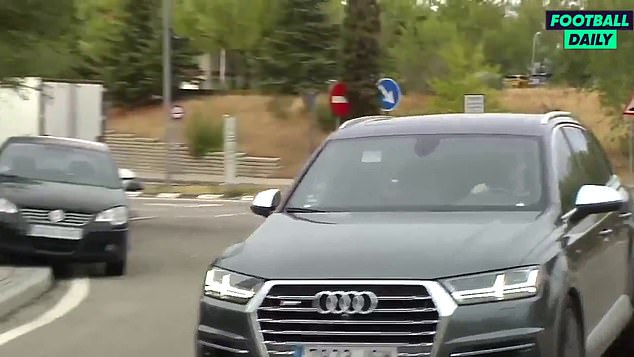 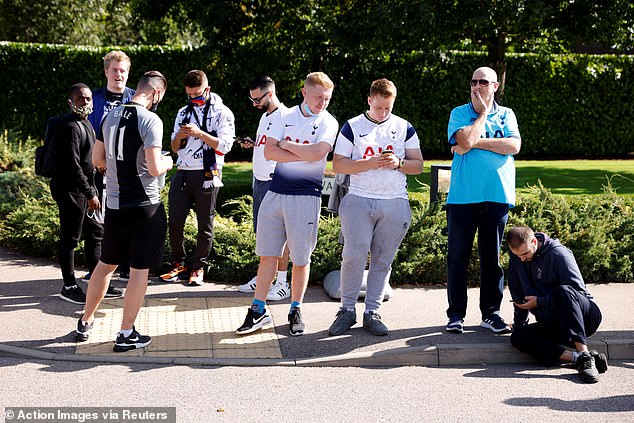 Bale and Reguilon said goodbye to their team-mates at Real’s Valdebebas training facility on Thursday and they wasted no time on Friday in heading for the airport.

Levy was seen being temperature tested by security staff on his arrival as part of ongoing protocol amid the coronavirus pandemic. The players will face a similar protocol when they arrive later on Friday afternoon.

It is believed Levy sorted a large portion of the deal on Tuesday with Jose Mourinho a driving force in helping move it along following their opening day defeat to Everton in the Premier League.

A few minor formalities were completed on Thursday and all that is left is for Bale to arrive back in north London and sign.

Even with the deal close to completion, Mourinho refused to be drawn into public comment on the Bale move after Thursday night’s 2-1 Europa League victory against Lokomotiv Plovdiv in Bulgaria. 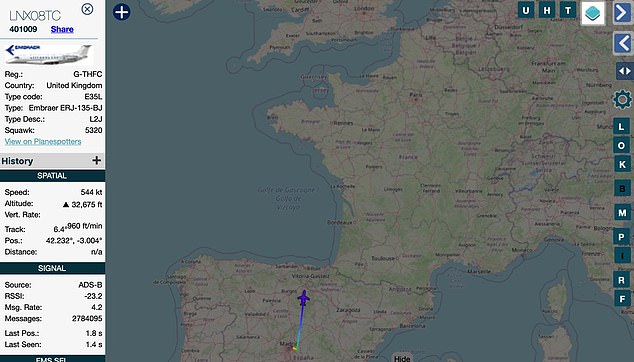 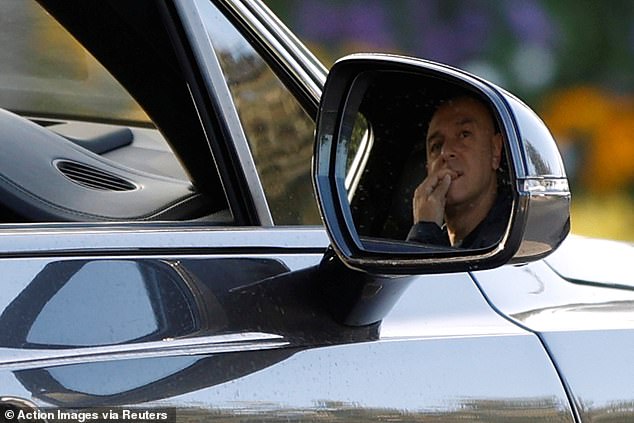 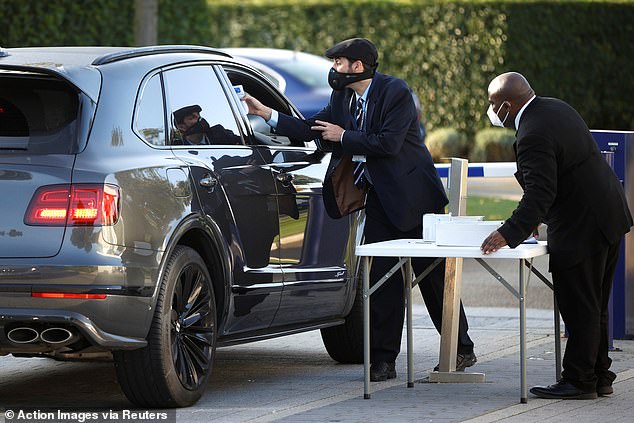 ‘I can’t comment,’ he said. ‘I don’t comment on something that I don’t know. For me, at this moment, until Gareth Bale is a Tottenham player I still think and respect the fact that he is a Real Madrid player.

‘I am not going to comment on a Real Madrid player.’

Bale became a fan favourite at Spurs where he scored 56 goals and provided 58 assists in 203 appearances. 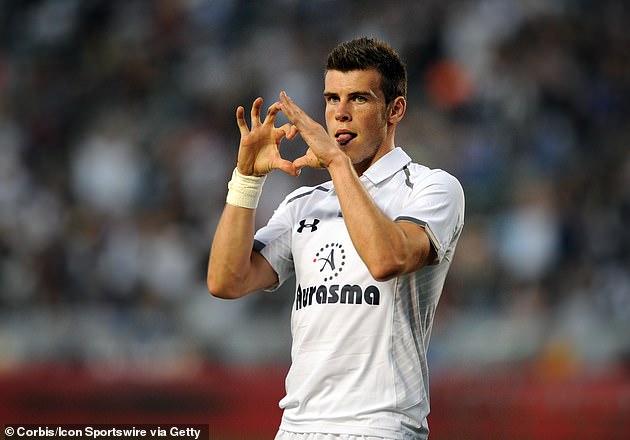 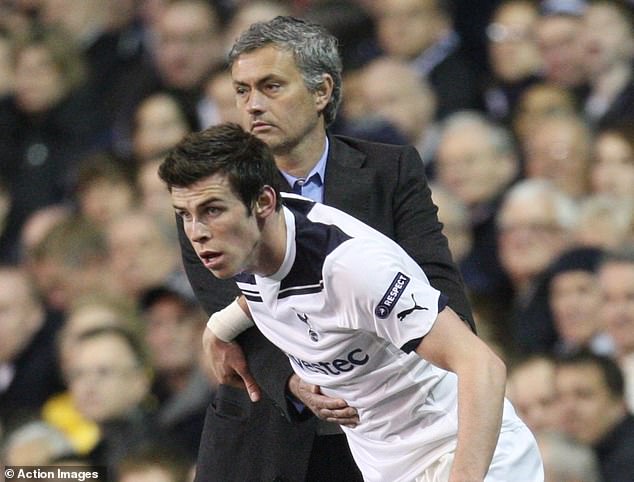 He was the Premier League’s most impressive player and Real Madrid were aggressive in the transfer market in bringing him in to partner Cristiano Ronaldo at the Santiago Bernabeu.

The Welshman has won four Champions League titles since making the move to Spain but has found life tough under Zinedine Zidane.

The French boss has struggled to take to Bale and has largely kept him out of the side since returning for his second spell in charge.

Bale saw a move to the Chinese Super League collapse last summer but having played such a peripheral role in their title win last season, both the club and the player have concluded it is best for him to move, at least temporarily, elsewhere to return to his best. 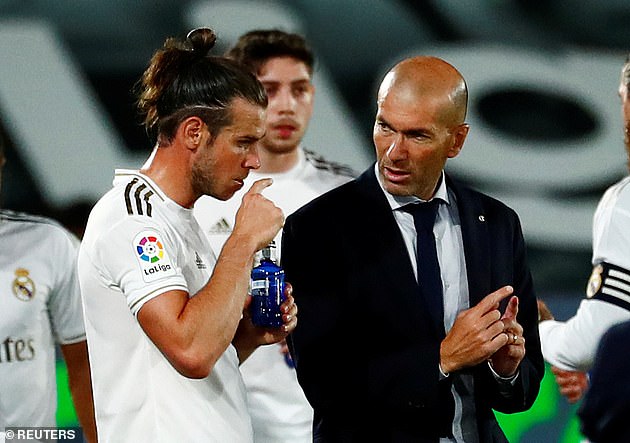 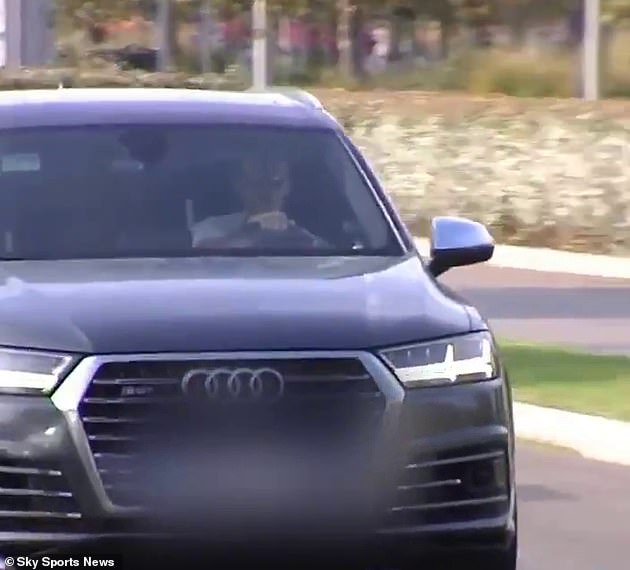