Christophe Galtier is ‘looking to bring in Nice midfielder Khephren Thuram’ as his first signing as PSG manager, with the 21-year-old ‘not insensitive’ to interest from the Ligue 1 champions despite signing a new contract last summer

Christophe Galtier ‘wants to bring in Khephren Thuram’ as his first signing as PSG manager.

Despite being just 21, the midfielder has established himself as a regular at Nice, missing just two league games last year

He has also been a constant presence in France’s youth set up, picking up nearly 50 caps across various age brackets. 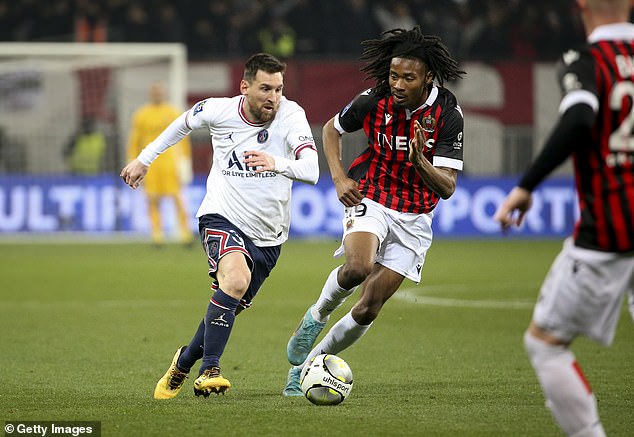 According to reports in L’Equipe, Thuram is ‘not insensitive’ to interest shown in him by PSG, as the club is ‘trying to convince him and his entourage’ before making a formal approach.

Nice manager Lucien Favre, who was only appointed this summer, said in June the 21-year-old would not be leaving the club this summer a he signed a four-year contract last summer, but that was before Galtier joined PSG.

It would be a sensible signing for the manager, who knows Thuram will after managing him at Nice last season.

The 55-year-old has immense experience in French football after managing over 500 games for Lille, Saint-Etienne and Nice.

At PSG though, he will be judged on his results in Europe. Whether or not Galtier wins the Champions League from Paris will go a long way to determining his legacy.