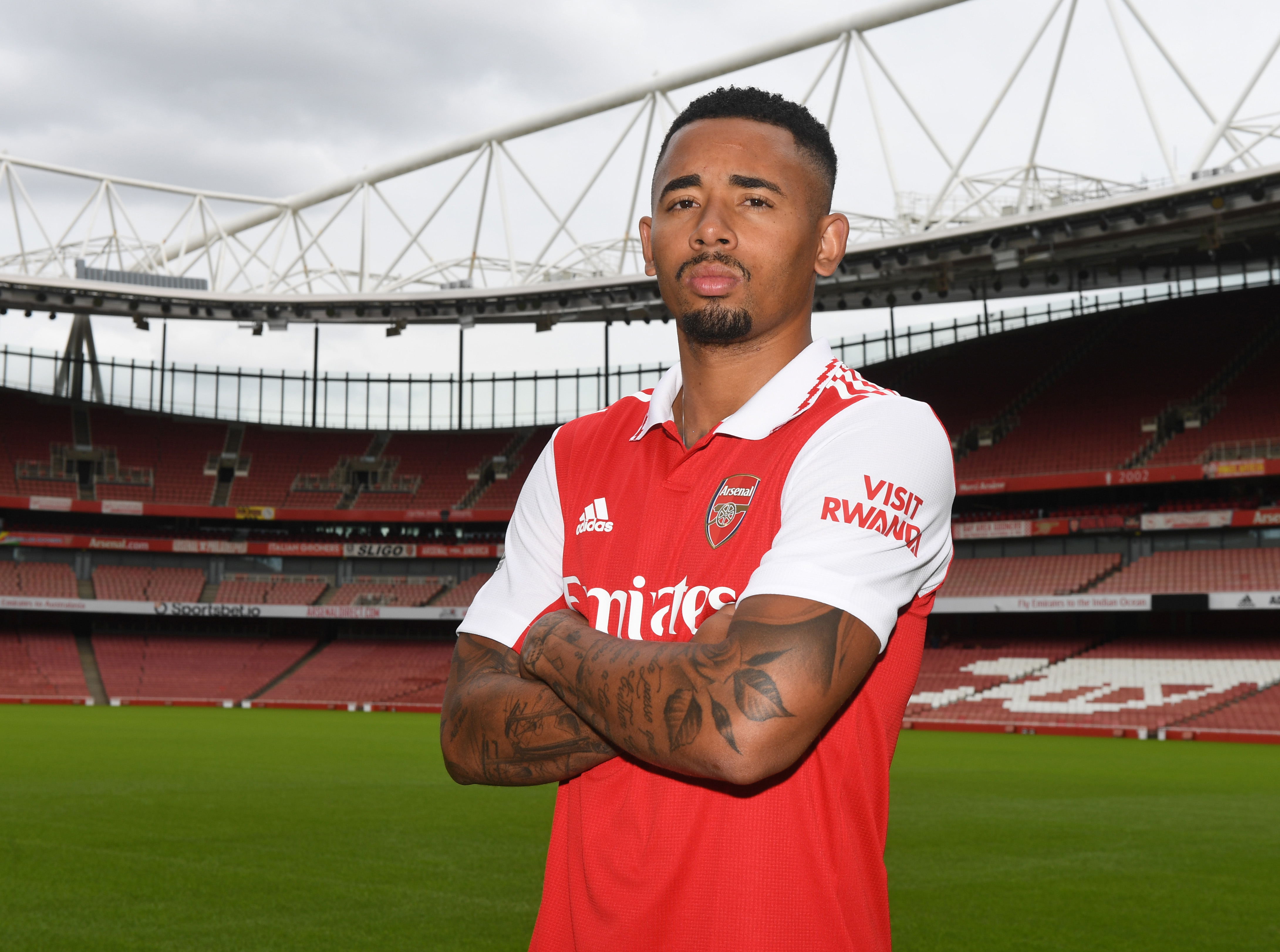 Arsenal new boy Gabriel Jesus has admitted he’s delighted he can now play alongside, rather than against, Gabriel and Gabriel Martinelli at the Emirates.

The Brazilian striker completed a £45million to north London earlier this week, bringing to an end his five-year stay at the Etihad.

Mikel Arteta’s transfer strategy has revolved around signing Jesus this summer and the Spaniard now wants to switch his attention to other areas of the squad.

A move to the Emirates provides Jesus with the opportunity to become the club’s first choice striker and he’s part of a growing clan of Brazilian players at the club, joining defender Gabriel and fellow forward Martinelli in the capital.

And Jesus says he’s happy he can now call the pair team-mates, rather than having to face them again.

‘I’m so happy with him, [Martinelli],’ Jesus said.

‘He went to train with us in the national team [in the summer of 2019] and was in the Copa America in Brazil. We saw him and his qualities, and he can do things other players cannot.

‘When I saw him come to Arsenal I was not surprised because I knew he had the quality to play in a big club in Europe and Brazil. I’m so happy for him because he deserves this because he’s a quality player. The next season I was following him, watching videos and games.’

Asked what it was like to play against defender Gabriel, Jesus replied: ‘Difficult! He’s so strong. I have played against him a couple of times. He’s a very difficult defender, but has the quality to play as well.’