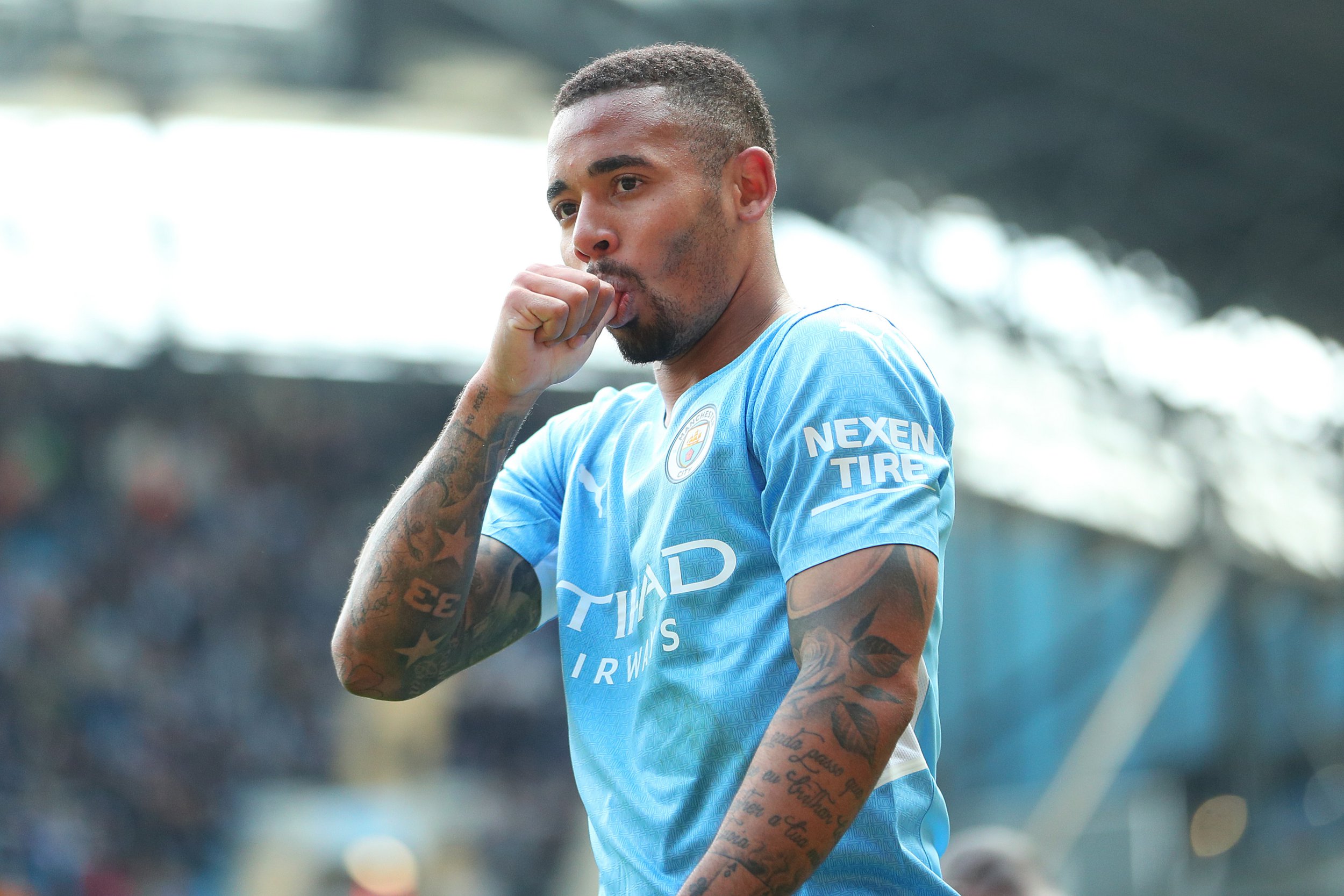 Gabriel Jesus’ agent says a transfer to Arsenal is a ‘serious possibility’ and claims the Manchester City forward likes the ‘project’ offered by Mikel Arteta’s side.

Arsenal have made the signing of a new striker one of their top priorities for the summer transfer window having failed to replace Pierre-Emerick Aubameyang in January, while Alexandre Lacazette and Eddie Nketiah could both leave at the end of the season when their contracts expire.

Jesus already has experience of working alongside Arteta at City and it’s understood that the Brazil international is keen to secure more playing time ahead of Brazil’s World Cup campaign in Qatar at the end of the year.

City’s decision to press ahead with their £51 million move for Borussia Dortmund striker Erling Haaland is also likely to reduce Jesus’ playing time, with the 25-year-old starting just 19 games in the Premier League this season.

Jesus’ representative, Marcelo Pettinati, has revealed that positive discussions have been held with Arsenal but six other clubs are also in the running.

‘We had discussions with Arsenal about Gabriel Jesus and yes, we like the project,’ Pettinati told Fabrizio Romano.

‘There are six more clubs interested in Gabriel Jesus, he’s now focused on final games with Manchester City, then we’ll see what happens.’

Speaking after the 5-1 win over Watford last month, Pep Guardiola admitted he was unsure over Jesus’ future at City but insisted that the Brazilian ‘will have a successful career’.

‘I want to tell you something, Gabriel is our player. I don’t know what is going to happen but he is a Manchester City player,’ said Guardiola.

‘But Gabriel doesn’t need to do a performance like today to score four goals to know exactly what he can do. Against Liverpool in the FA Cup, he had two clear chances man to man and he missed them, but always he is there, and Gabriel has this incredible ability because he is always thinking what is the best for the team.

‘And personally, when he has nights like this I am the happiest man in the world because always he’s there.

‘If he doesn’t play he’s there training the day after like it’s his last day, that’s why he will have a long career, he will have a successful career because of the incredible positivity in his mind and thinks for the team.’