Arsenal boss Mikel Arteta admitted an “exceptional” Liverpool were better in every area of the pitch and said his side’s performance was “unacceptable”, though took all of the blame himself, after his side’s 3-0 Premier League defeat to the Reds at the Emirates on Saturday evening.

The Gunners were offered a brutal reminder as to where they stand as top-four chasing Liverpool, still the reigning champions for a few weeks yet, comprehensively outperformed them throughout the 90 minutes.

Diogo Jota’s second-half brace either side of a well-taken Mohamed Salah finish did the damage as the Merseyside visitors took the full three points in a big result for their hopes of Champions League qualification.

Missing the likes of Emile Smith Rowe, Bukayo Saka, David Luiz and Granit Xhaka, Arsenal served up a dire performance in which they had just three shots all match and sat back and invited pressure which they ultimately could not deal with.

And they were also handed the added blow of losing first-choice left-back Kieran Tierney to injury in the first half ahead of Thursday’s crunch Europa League quarter-final first leg against Slavia Prague at the Emirates.

The Arsenal manager insisted the brunt of criticism after the defeat to Liverpool should lie at his feet and admits his side were nowhere near the standards expected. 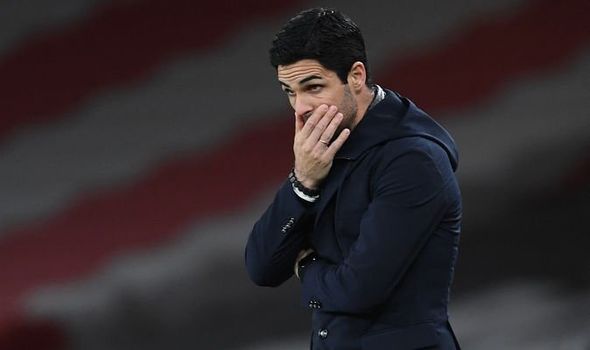 Arteta said: “Very much [disappointed]. We completely deserved to lose the game. They were better in every department.

“They deserved to win the game with the margin they had, or more. Unacceptable from our side, the way we played today.

“They were much better than us in every department, they won every duel, every second ball, every challenge. They were brave when they had the ball and made the right decisions, we didn’t.

“It’s my fault. The team have to perform in a different way. I prefer to do that [take the blame]. I take it. Congratulations to Liverpool because I think they were exceptional today. They can play at that level.

“We showed the difference today between two teams when we play at that level, the margin is incredibly high. 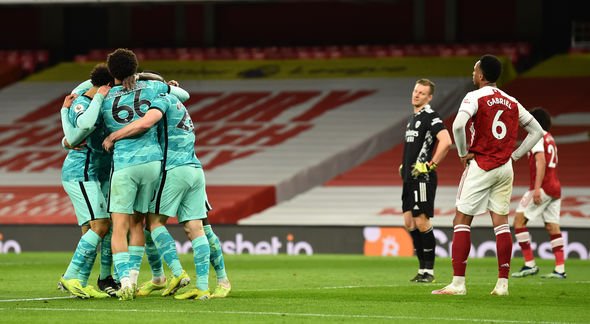 “I don’t have to use excuses that we didn’t have five or six players. It’s not about that. The standard has to be much higher for this football club. It’s my job to get them to perform at that level.

“It was technical as well. We gave every ball away, we could not put three passes together. They do that really well, they counter press really well.

“But there were too many simple things not done right. The basics weren’t there today and when you do that against this level of opponent, you get punished like we have.

Arsenal will hope to get back to winning ways against Czech champions Slavia Prague, who have already knocked out Leicester and Rangers, in Europe on Thursday.

Arteta added: “Now is a challenge [to bounce back]. The challenge brings an opportunity. 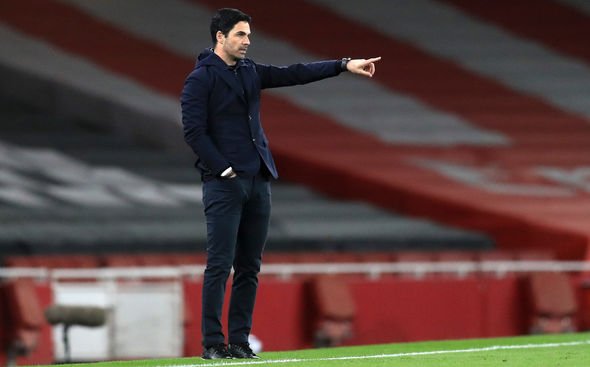 “In football you have an opportunity a few days later and if you have courage and big balls and you represent a club like this, you have to stand up in the next game and take it.”

Defeat to Liverpool leaves Arsenal ninth in the league table and at risk of slipping to 10th after this weekend with Aston Villa just one point behind and having played two matches less.

The north London club are also four points adrift of eighth-placed Everton, who similarly have two games in hand.