Fulham 2-1 Brighton: Aleksandar Mitrovic scores AGAIN and Lewis Dunk nets a comical own goal as Marco Silva’s side continue their impressive return to the Premier League with another victory

It is a measure of Brighton’s progress under Graham Potter that they left Craven Cottage angry at themselves for not becoming the new leaders of the Premier League.

A win would have taken the Seagulls top for the first time in their history, though they fell victim to Fulham and one monstrous man in particular: Aleksandar Mitrovic.

Mitrovic scored his fifth goal in five games on his return to the Premier League, a sliding tap-in at the back post that Fulham deserved for their play. Still not satisfied, he then proceeded to put in a shift that few others in football could or would. 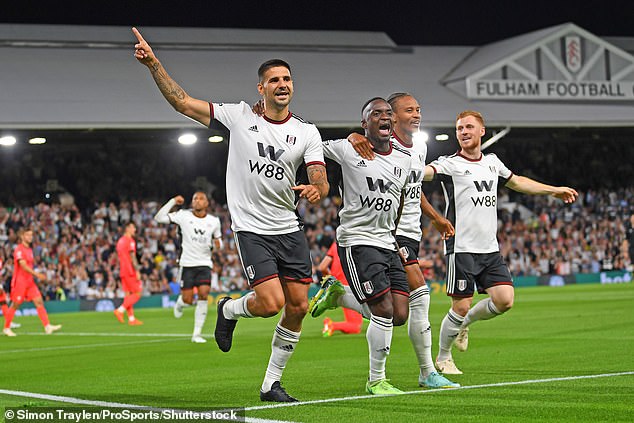 For the final half hour, as Fulham held on to their 2-1 lead, Mitrovic was tracking back, holding the ball up, winning free-kicks, being an all-round nuisance to Brighton.

The 27-year-old Serbian is unique that way. He wants to do the dirty work, and that’s what makes him such an asset to Marco Silva and Fulham this season.

Brighton knew this wasn’t their best performance. Far from it, though sometimes you must give credit to the opposition and Fulham deserved the three points.

This match saw 32-year-old referee Thomas Bramall make his top-flight debut and what you don’t want when you’re nervous is a certain Mr Mitrovic screaming in your face. 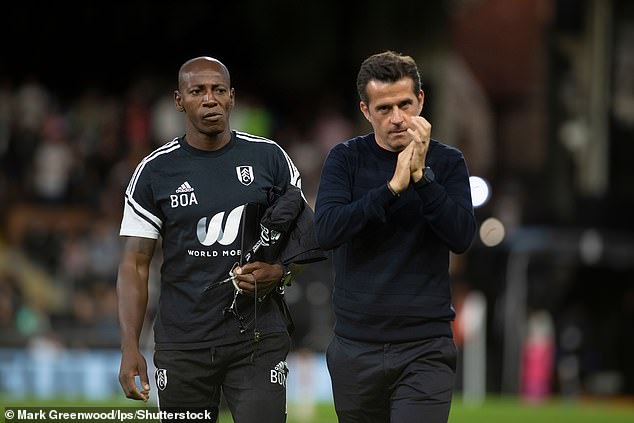 That became a theme of the first half as Fulham felt the rookie referee was missing fouls. You imagine when Bramall someday tells his grandchildren about this bow, he will omit the fact that Craven Cottage serenaded him with chants of: ‘You don’t know what you’re doing.’

That was a little harsh, in truth, with Bramall doing his best to let the game flow. That included not falling for one early attempt by Andreas Pereira at winning a free-kick on the edge of the box as it turned out there was no contact from Moises Caicedo.

Though it was Brighton who would go top with a win, they started on the back foot.

Fulham rank high in the Premier League for open-play crosses and that tactic was troubling the visitors. Some crosses seemed made for a trademark Mitrovic header but the striker was not positioning himself in the right places. 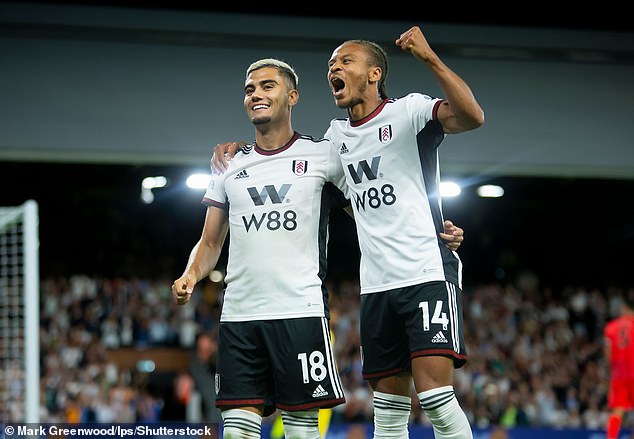 Mitrovic’s best chance to score in the first half came from a counter-attack. He carried the ball forward well, though his tame shot saw the ball tricked into Robert Sanchez’s arms.

Then it was Brighton’s turn to have a go. Pascal Gross tested Bernd Leno with a low shot before Leandro Trossard’s cross found an unmarked Solly March, who sent his header wide of the left post. The power was there, but the accuracy was not.

The cameras cut to Fulham manager Silva, who puffed his cheeks.

In the 48th minute, Silva was all smiles as it became 1-0, and who else but Mitrovic made it happen? It started with Neeskens Kebano playing the ball to the back post. Whether a cross or a skewed shot, it doesn’t matter, because Fulham’s striker had positioned himself perfectly this time to provide the finish.

Mitrovic tapped in to make it five goals in five games. Watch out Erling Haaland, you’ve got Golden Boot company.

It got better for Fulham in the 55th minute as they counter-attacked, Pereira crossed, Lewis Dunk stuck out a foot and scored a calamitous own goal that caught out Sanchez.Credit to Bramall, too, for it was the referee’s advantage after a foul on Mitrovic in the build-up that allowed Fulham to make it 2-0.

Just as the hosts thought the win was confirmed, Brighton’s Pervis Estupinan dropped down in the box. Play continued but VAR Paul Tierney soon intervened, telling Bramall to visit his pitch-side monitor. Cordova-Reid had kicked the calf of Estupinan and a penalty was awarded.

Alexis Mac Allister stepped up and, finding the left corner, made it 2-1. 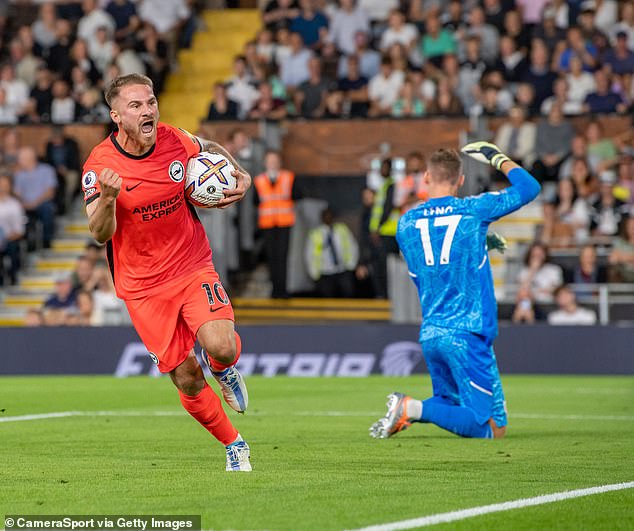 It became an end-to-end contest. Brighton attacked, Fulham counter-attacked, rinse, repeat. In the 70th minute, Trossard was denied the leveller for the visitors by a low save by Leno. In the 71st, Cordova-Reid missed making it three for the hosts by slicing his shot wide.

English managers have not been a good luck charm for Marco Silva. He had lost his last five Premier League games against such coaches in Dean Smith, Eddie Howe, Chris Wilder, Sean Dyche and Potter.

Not this time. Not when Mitrovic is in this sort of mood and wants that win.