Frenkie de Jong wants to stay at Barcelona for perhaps the next decade, despite tension with the club’s board amid interest from Manchester United and Chelsea.

Amid the Catalan club’s financial problems, it is thought they would have accepted offers for the Dutchman to switch clubs this summer, but de Jong, who joined from Ajax in 2019, resisted such a move.

There were strong rumours that de Jong might team up with fellow Dutchman Erik ten Hag at Manchester United, but the widely rumoured deal never came, and links with Chelsea due to the Blues’ Champions League participation also came to nothing.

The 25-year-old midfielder found his way back into the Barcelona side, starting seven of their last eight games in the run-up to the World Cup break. 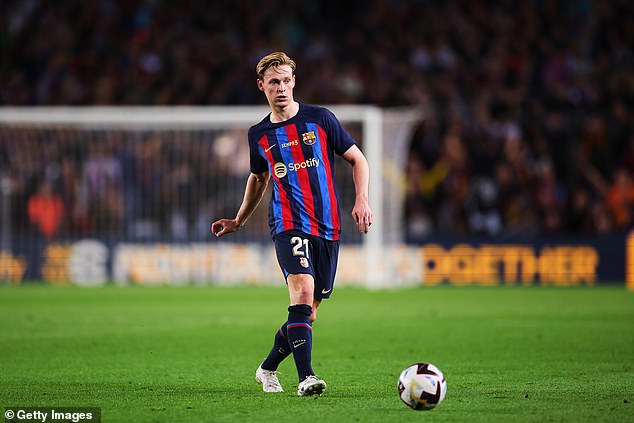 Speaking to De Telegraaf in his native Holland, de Jong revealed: ‘I am very happy in Barcelona.

‘When I play, it’s great, and in terms of living there, life is perfect. I see myself at Barcelona for as long as possible. I would personally hope for another eight or 10 years.’

He said he had nothing against Barcelona’s manager Xavi, even though he did not step in to ask de Jong to stay as the club considered forcing a transfer away from the Nou Camp if he did not reduce his salary.

De Jong said: ‘I never got the feeling that Xavi was against me. To the media, he said that he was happy with me but that there were also the financial [issues] at the club to consider. 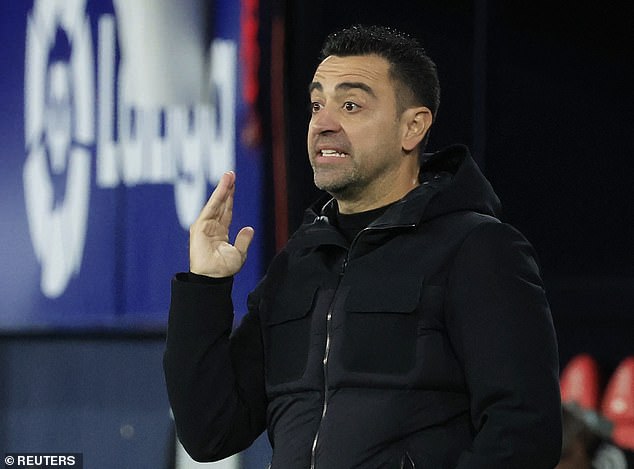 The Dutch midfielder has nothing against Xavi, even though the manager didn’t ask him to stay

‘I think it was difficult for him to speak about it. He is not the one making these decisions. He left the possibility of me leaving open because he never came out and said: ‘Frenkie is staying no matter the financial situation,’ but I don’t put the blame on Xavi.’

The midfielder is currently on international duty with Holland in Qatar, with their opening game against Senegal on Monday afternoon.

In the opening game of the tournament, their Group A rivals Ecuador defeated the hosts 2-0, and they face the South American side next on Friday, ahead of their final group game against Qatar on Tuesday November 29.

De Jong, who is a key figure to Holland as they try to make their way through the World Cup, has played 45 games for his national side in the run-up to the global tournament. 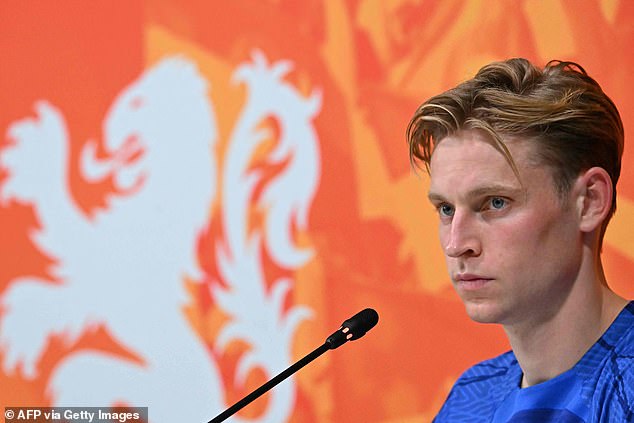