They became known as victims of the greatest slaying the European Cup has ever seen. The support act on a night when Hampden was the world’s theatre.

Eintracht Frankfurt were never going to leave Glasgow with the trophy on the evening of May 18, 1960. 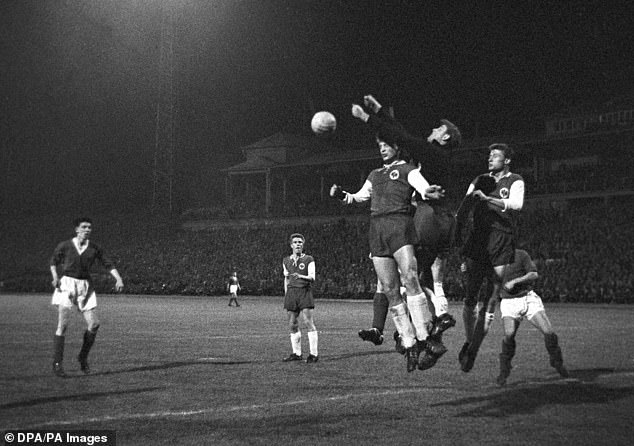 In their famous all-white strips, they shone so brightly that the Germans were dazzled.

The final score read 7-3 and in no way flattered Los Blancos. Di Stefano managed a hat-trick yet was still outgunned by Puskas.

A record crowd of 127,621 made the pilgrimage to Mount Florida with many more claiming to have been there in later years. Who can blame them?

Some 62 years on, it remains a seminal moment in sport and casts a shadow over Real’s 12 other triumphs to this day.

Given the relentless brilliance that the Spanish side produced, Eintracht’s story that year inevitably became lost.

In its own way, though, it is worthy of recalling: They lost the game but still won the right to go down as more than just Hampden’s forgotten finalists. They had Erwin Stein, a lethal old-fashioned centre forward who did not possess a single weakness. He gave Santamaría and Pachín a torrid time before Real turned on the style and still managed a fine consolation goal. 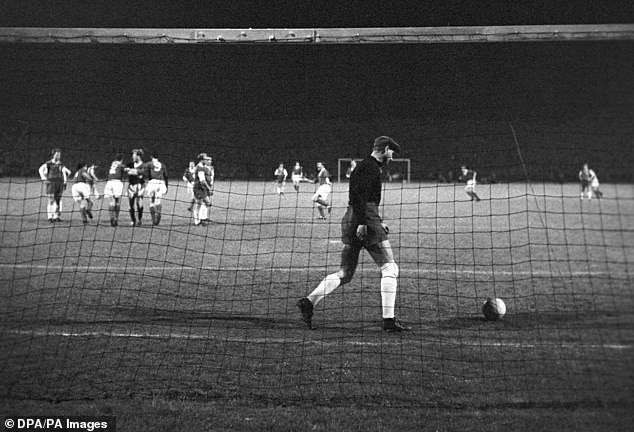 Richard Kress opened the scoring on the night and probably lived out his days regretting it. An electric right-sided midfielder with magnetic ball control, his skills belied the fact that he worked by day in a chemist shop with his wife.

Despite losing seven goals, Egon Loy somehow still managed to emerge with distinction. Now 90 years old, he still recalls how he denied Puskas his fifth with a brilliant save from a free-kick.

His pinpoint distribution over any range was instrumental in Eintracht’s success in that era under former schoolteacher Paul Osswald.

German football, in those years, was organised along regional lines with the Bundesliga not coming into being until 1963.

After that second triumph, they romped through the national play-offs and claimed six wins against group rivals FK Permasens, Werder Bremen and FC Koln.

In the final in Berlin, a 5-3 victory over Kickers Offenbach after extra-time saw them crowned champions of Germany. Their reward was an inaugural crack at the European Cup, which had been in Madrid’s hands since 1956.

For all the talent in the squad, it was to a run blessed with some good fortune.

Before even entering the tournament proper, Frankfurt had to negotiate a qualifying tie against Kuopio PS. 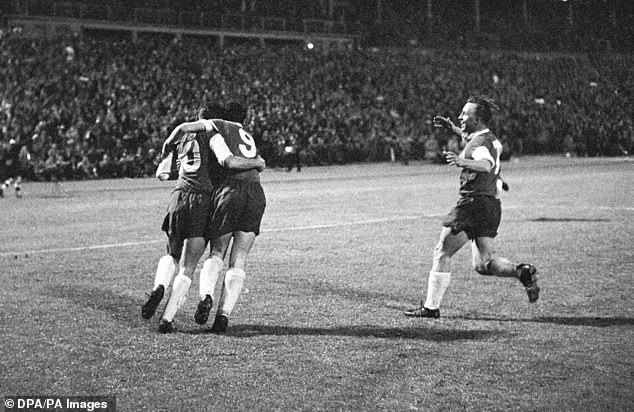 As luck would have it, the Finnish champions were unable to get their snow-covered pitch into a satisfactory condition to play the game and Eintracht were awarded the tie.

With the competition still in its infancy, the Germans were advanced to the last 16 where Swiss champions Young Boys of Bern awaited.

Despite being rank outsiders against a side that was heading to a fourth straight title, Eintracht won 4-1 away and completed the job with a 1-1 draw at home.

The last eight paired Frankfurt with Sport-Klub of Vienna. The first leg in Germany was played in biblical rain but the home side came from behind to record a 2-1 win before claiming a 1-1 draw in Austria.

Given the identity of their opponents, however, few neutrals gave them any chance of progressing any further.

A former Rangers player, Scot Symon had returned to Ibrox from Preston in 1954 as manager and had made an immediate impact by winning three titles in four years. 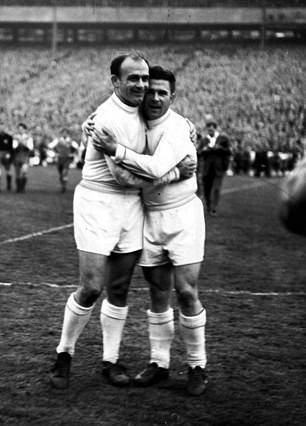 That year, the Scottish champions had swept aside Anderlecht and Red Star Bratislava before requiring a replay to see off Sparta Rotterdam in the quarter-finals.

With Ralph Brand’s 40 goals leading a fight on all fronts, the expectation was that they’d be making the short trip across the south side of Glasgow to face Real or Barcelona in the final.

Rangers, after all, had been crowned champions of their country no less than 30 times, whilst the Germans had a single title to their name.

When the Scots landed in Germany, a reporter is said to have asked Symon for his thoughts on Rangers’ opponent.

‘Eintracht? Who are they?’ he’s alleged to have said.

Whether the story is apocryphal or not, what unfolded did hint at a degree of complacency in the visiting camp.

Having missed a penalty, Eintracht edged ahead through Dieter Stinka only for Eric Caldow to level from the spot.

The second half was an onslaught with Rangers unable to get up for air. Alfred Pfaff followed up on a shot that Rangers keeper George Niven blocked with his legs and put the Germans back in front. Four minutes later, the same player curled home a 25-yard free-kick.

Any hope Symon’s side had of retrieving the situation was ended with the concession of three late goals from Dieter Lindner (twice) and Stein.

The return leg was only marginally less embarrassing for the Scots.

Lindner silenced the Ibrox crowd while many were still trying to get a view of proceedings. 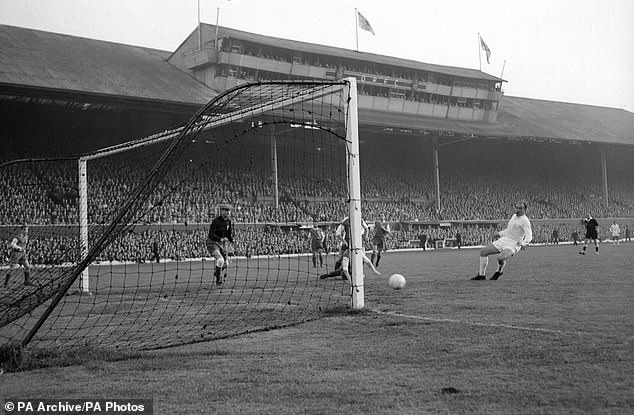 Ian McMillan’s double added a glimmer of respectability to the scoreline but further goals from Pfaff and Kress put the issue beyond all doubt. Erich Meier’s brace extended the gap to 5-2 on the night. Davie Wilson’s consolation came before Pfaff again silenced the home crowd.

Little wonder the Rangers players and fans applauded this fine German team off the pitch.

‘Being a Rangers fan at the time, we thought those guys were gods,’ recalled Sir Alex Ferguson. ‘They were the best team I’d ever seen in my life and then they got slaughtered 7-3 in the final!’

Eintracht’s outstanding performances had earned them the right to dream of becoming the first team since the inception of the European Cup to take the trophy out of Madrid’s hands.

The harsh reality, though, was that they were about to face a side who were on an entirely different level.

‘Every man in our team is an attacker and we have the quality so many British sides envy,’ Puskas predicted. ‘That is to be able to pull something out of the bag when things are not going well.’ 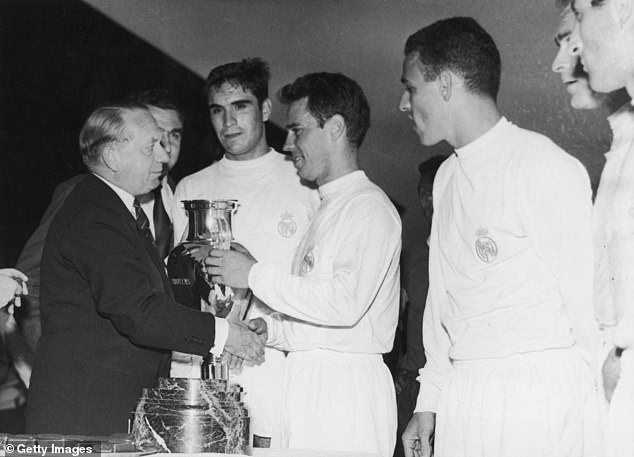 With some 70 million people watching on television, however, Madrid did initially appear to be off the pace.

When Kress planted an early header into the Spanish goal, another monumental shock was on the cards.

That prospect lasted a matter of nine minutes, though. All the time it took Di Stefano to level.

Just 100 seconds later, Di Stefano claimed his and Real’s second. Loy was beaten for a third time before the break, this time through Puskas. The engraver of the trophy could get started.

The second half was a masterclass in skill, movement and finishing.

Puskas scored three more — a hotly-disputed penalty, a header and a rocket finish to make it 6-1.

Frankfurt’s commendable resilience saw Stein claw one goal back but Di Stefano immediately cancelled that out with a quite brilliant combination goal.

The Germans were long beaten yet had the last word through Stein. They did not leave Glasgow with the trophy but they did earn the respect of all.