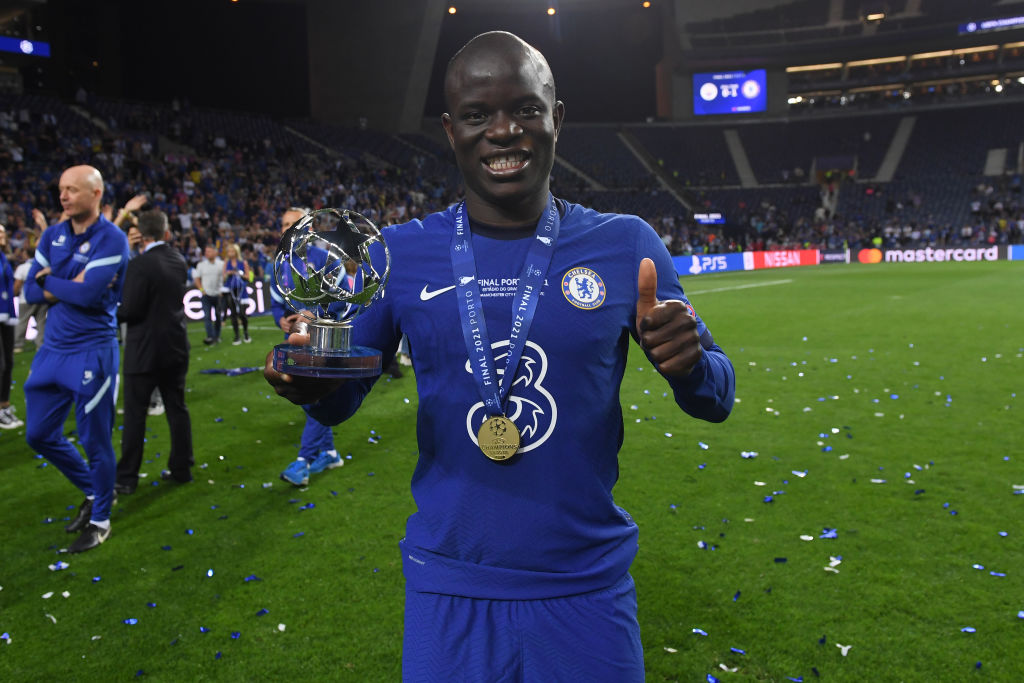 Frank Leboeuf says N’Golo Kante is ‘worth a billion’ and ‘has to’ remain at Chelsea for the rest of his career following the midfielder’s masterful display in Saturday’s Champions League final triumph over Manchester City.

The France international has now added Europe’s premier prize to his list of trophies including the World Cup, two Premier Leagues, FA Cup and Europa League.

Lauded by many as one of the world’s best in his position, Kante turned in another sensational display to help fire the Blues to a 1-0 victory over Pep Guardiola’s side in Porto.

Kai Havertz’s goal in the first half from Mason Mount’s expert through ball was enough to secure a second Champions League trophy for the west London club.

When it comes to the value of their all-action midfield general, Kante, ex-Blues defender Leboeuf thinks he’s practically priceless.

‘Everybody thought Manchester City would dominate and win. All the bookies put City as favourite and they deserved that position.

‘But you need to fill up all the list and make sure you cope with all details and Manchester City didn’t, whereas Chelsea did, certainly because of Tuchel and the choice of his lineup.

‘We thought that maybe [Hakim] Ziyech would play on the right side where he put Havertz, and Havertz is maybe the man of the match.

‘We were expecting also something great from N’Golo Kante, I don’t even have the words for that.

‘That guy is worth a billion. It’s impossible to sell him. That guy has to stay for the rest of his life at Chelsea. That guy was absolutely a monster.’

‘Everybody did what they had to do, everybody,’ he added. ‘Even [Timo] Werner who missed chances has been running like we’ve never seen him running. Everybody worked hard.

‘Whereas maybe for Manchester City, they had the intensity but couldn’t find the key.’