Everton boss Frank Lampard insisted Virgil van Dijk should have been sent off for a dangerous tackle on Amadou Onana in the goalless Merseyside derby.

Van Dijk caught Onana with a late, high challenge in the second half but after referee Anthony Taylor booked the Liverpool defender, VAR decided not to recommend the official looked at a replay.

Lampard strongly disagreed. ‘I love Virgil van Dijk, as a player he is fantastic but sometimes you mistime tackles and they are bad,’ he said.

‘He caught Onana on the shin when my player’s foot was on the ground and I am surprised it hasn’t gone to VAR. 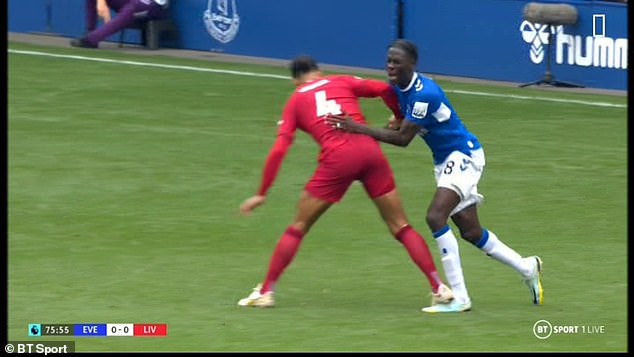 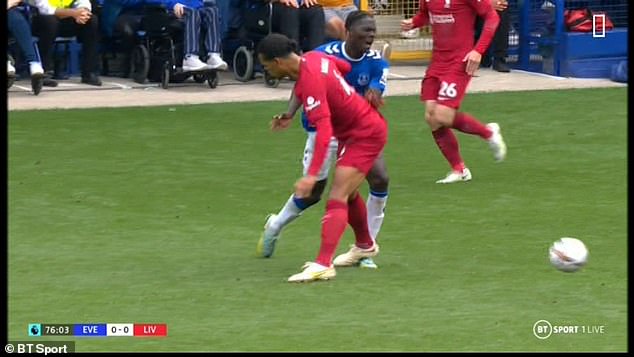 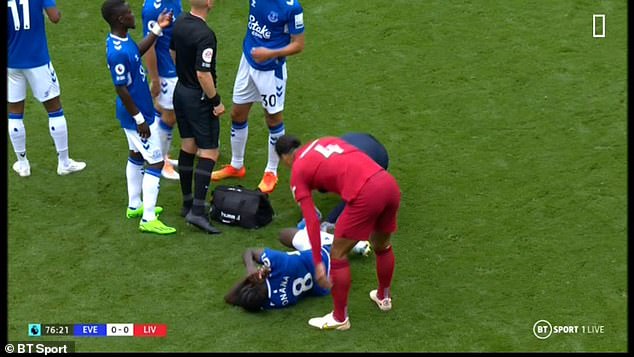 Virgil van Dijk apologised for his tackle on Amadou Onana, for which the defender saw yellow

‘There was talk about bad tackles in derby matches beforehand and the referee just had a job to do and I think he and VAR got that one wrong.

‘For me it was a red card and that changes the face of the last 20 minutes. Virgil was fortunate, absolutely.’

Twitter users were not amused with Van Dijk’s tackle, either.

One wrote: ‘Definitely a red!!! seen them given before, no idea why VAR didn’t say to the ref have another look.’

‘The worst thing is, VVD knew exactly what he’d done because he spent about 5 minutes apologising to Onana,’ said another.

A third user said: ‘Straight red. Shocking decision and challenge. Not even looked at, pathetic.’

Speaking on BT Sport in the moments after the incident, former professional referee Peter Walton said: ‘If the force is used against the shin, that could well elevate to a red card.

‘Virgil van Dijk’s foot actually slipped down the shin and the force ended up on the top of the foot, which is a yellow card.’

In a typically passionate Merseyside derby, an intruder got onto the Goodison pitch after Everton had seen a goal scored by Conor Coady disallowed for offside, while Jurgen Klopp was relieved at not being hit by a bottle thrown towards him from the upper tier. 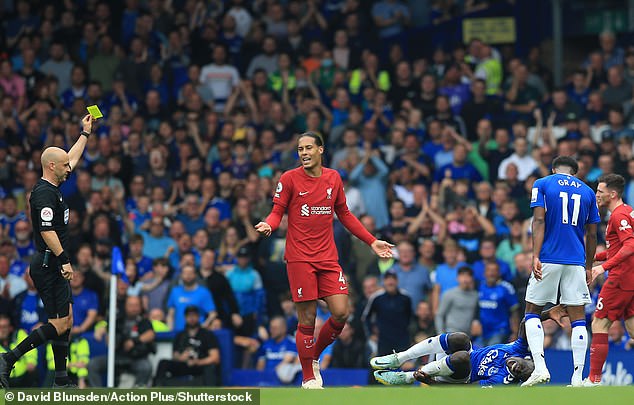 ‘I thought at first it was a glass bottle but it was not, I have seen it since because it is still at the ‘crime scene,’ said the German. ‘A glass bottle would have been really dangerous.’

Everton have identified the suspected culprit who could now face a stadium ban. There were also disturbing reports of murals of Liverpool players being defaced in the build-up to the game leading both clubs to put out a joint statement condemning the actions.

On the pitch, Fabio Carvalho is set to be out for a week after being on the end of a crunching challenge by Onana. 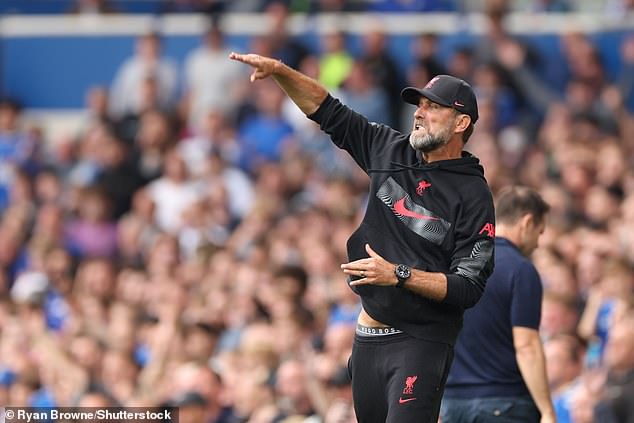 Carvalho, 20, was taken off at half-time and Klopp confirmed afterwards: ‘He took a bad knock. It was extremely painful, a dead leg in the muscle above the knee and he couldn’t bend the knee anymore. The muscles swells up and there is no space.

‘We are now waiting to see how quickly that will settle. You could see he tried but he couldn’t run properly and we made the change.’

Trent Alexander-Arnold was substituted after an hour but Klopp insists it is about managing the England defender’s game time.

‘Millie (James Milner) can play in midfield and both full-back positions and we just thought like the last game that it made sense to bring the fresh legs there,’ he said. 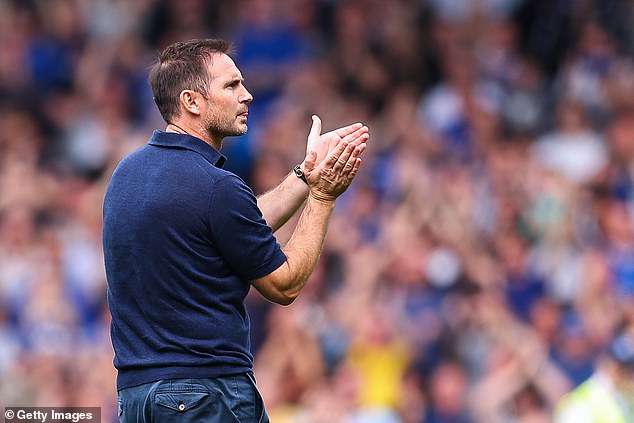 Lampard was pleased with the debut from Maupay who has been signed to add firepower with Dominic Calvert-Lewin still a fortnight away from full fitness.

‘I thought that was a great shift. He will just get better and better,’ said Lampard of his new striker. ‘We have missed that. You can feel he will get in positions to score. I thought his work ethic was great.’