Real Madrid have announced that there are five new positive Covid-19 cases among their squad and staff, including Gareth Bale and manager Carlo Ancelotti’s son, Davide.

The Spanish giants released an official statement on Thursday, in which it was outlined that senior stars Marco Asensio, Gareth Bale, Andriy Lunin and Rodrygo, and assistant coach Davide Ancelotti had returned positive results.

The brief statement of the club’s official website read: ‘Real Madrid CF reports that our players Asensio, Bale, Lunin and Rodrygo, and our first technical assistant Davide Ancelotti have tested positive for COVID-19.’ 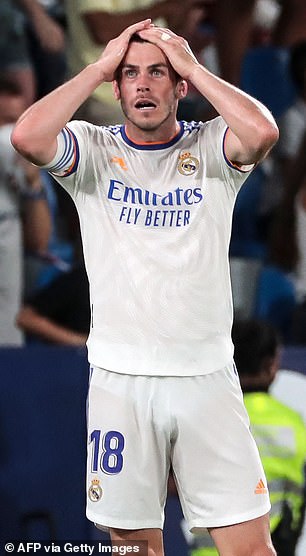 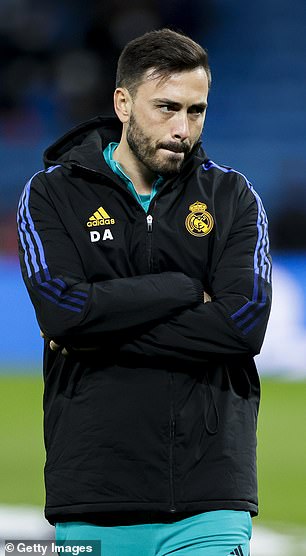 All players and Ancelotti will now enter a period of isolation and will miss Madrid’s upcoming fixture with Cadiz on Sunday.

The news comes after the LaLiga side announced on Wednesday that veterans Luka Modric and Marcelo had also tested positive for the virus.

Madrid currently sit top of La Liga on 42 points – holding a healthy eight-point margin over their rivals – after continuing their excellent start to the season with derby victory over Atletico last Sunday.

But Los Blancos’ fixture against 18th-place Cadiz at the Bernabeu on Sunday could now be in doubt as boss Ancelotti finds himself without six senior squad members. 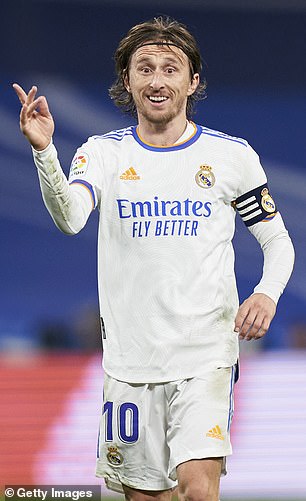 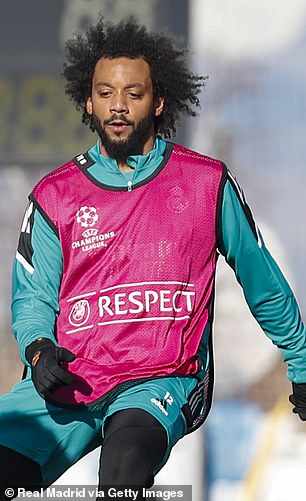 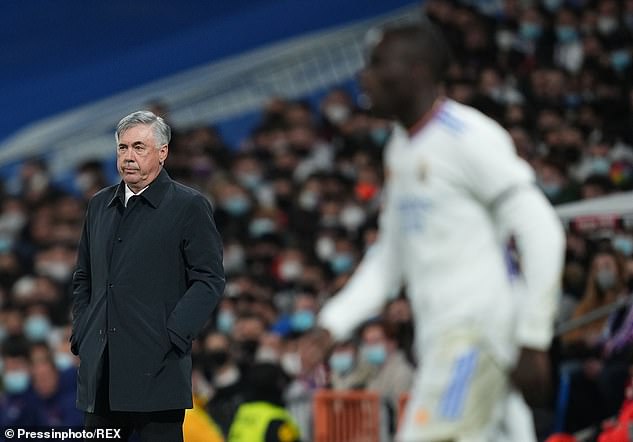 The news comes as more and more footballers across Europe have started to return positive results, as the winter influx of Covid-19 reaches new heights.

The Premier League has seen cases soar among clubs this week with a total of fice top-flight games called off so far.

Tottenham were the first Premier League club to be hit by the Omicron variant last week and saw games against Brighton and Rennes postponed after cases reached double digits among players and staff.

Manchester United’s game against Brentford on Tuesday was postponed and their clash with Brighton at the weekend has also been called off after it was revealed the club are unable to field a team this weekend with only seven players available for the match.

Burnley’s match against Watford on Wednesday was called off two hours before kick-off after the Hornets announced an outbreak in their team, while Leicester’s game against Spurs on Thursday has also been postponed.

HOW OMICRON HAS THE PREMIER LEAGUE ON EDGE

The Bees have 13 cases among players and staff – the club are now calling for a circuit-breaker shutdown to help clubs recover.

Will be without several players for Tottenham’s visit on Thursday due to Covid. The game is now set to be postponed after initial calls it called off were rejected by the Premier League.

Case numbers are currently unknown but a large outbreak saw their game with Brentford postponed. Calls to have Saturday’s game with Brighton to be postponed were accepted on Thursday due to the outbreak at the club.

Had request to have game with Wolves postponed rejected by the Premier League following an outbreak at the club. Graham Potter confirmed there were ‘three to four’ positive cases before the game. Game with Manchester United has now been postponed.

Dean Smith is facing an anxious wait to discover the full extent of the outbreak at the club. Currently in discussions with the Premier League over Saturday’s clash with West Ham.

Spurs were the first Premier League club to be hit by the Omicron variant last week and saw games against Brighton and Rennes postponed after cases reached double digits among players and staff. Those who tested positive for the virus are expected to return in the next couple of days after completing their 10-day self-isolation period. Spurs’ clash with Leicester on Thursday is now set to be postponed after initial demands to have the game called off were rejected.

After Brentford, the Blues became the latest club to be hit by a Covid outbreak, after it was confirmed ahead of their game with Everton that three more first-team players had tested positive for Covid, with Mateo Kovacic the first Chelsea player to get the virus this week.