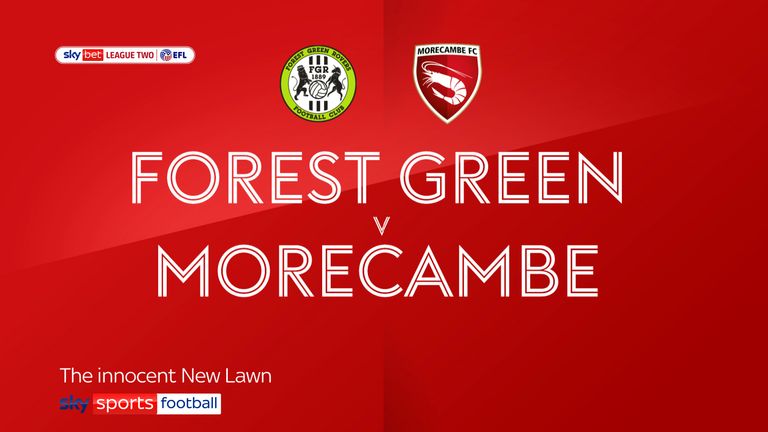 Carlos Mendes Gomes’ stoppage-time equaliser denied Forest Green the chance to move to the top of the League Two table as Morecambe salvaged a point in a thrilling 2-2 draw.

With leaders Cheltenham and second-placed Cambridge both losing on Tuesday night, Jamille Matt’s 16th goal of the season with 11 minutes to go had looked like sending Rovers top, until Mendes Gomes pounced in the fourth minute of added time following Luke McGee’s misjudgement.

Patched-up Rovers, missing Nicky Cadden, Jordan Moore-Taylor, Dan Sweeney and Ebou Adams, raced into a 10th-minute lead as Aaron Collins cushioned the ball on his chest from a Kane Wilson cross, swivelled and shot across Kyle Letheren for his seventh of the season.

Cole Stockton restored parity in the 22nd minute with a sumptuous strike beyond the reach of McGee.

The Shrimps upped the tempo after the break but could not make it count as Stockton slashed over and John O’Sullivan nodded over with the goal at his mercy moments later.

Red-hot Matt made it seven goals in seven games in the 79th minute, nodding in from a whipped Collins cross, but Mendes Gomes’ 13th goal of the season at the death kept fifth-placed Morecambe’s own promotion hopes on track.