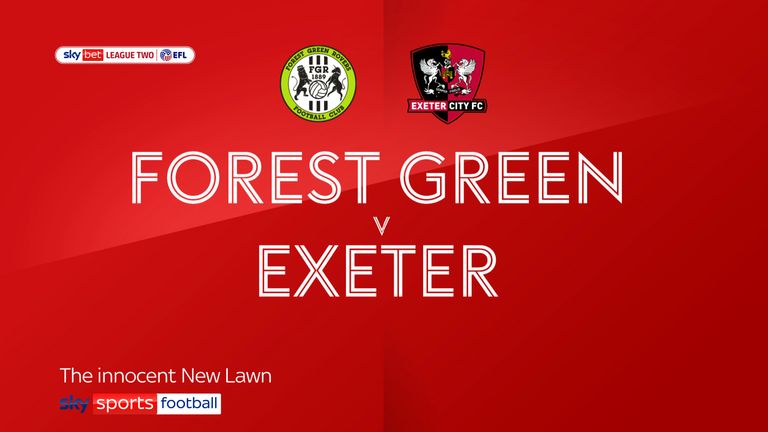 Play-off rivals Forest Green and Exeter shared the spoils in a scoreless draw at the Innocent New Lawn.

Rovers had two penalty requests turned down and Jayden Richardson rattled the bar after the interval in an otherwise even contest.

Rovers started the game brightly with Ebou Adams inducing a save off the boot of Jokull Andresson inside the opening 10 minutes and Aaron Collins firing wide of the mark.

Exeter survived a penalty appeal after 25 minutes, Lewis Page swatting the ball away with his hand after the ball broke following a charged-down Kane Wilson shot.

On the cusp of the break, Rovers defender Dom Bernard took a tumble under a challenge but protests were ignored by former Premier League referee Bobby Madley.

Pierce Sweeney missed a free header straight after the break, planting his effort wide from a Matt Jay corner.

Exeter were bossing the game with Jay forcing Luke McGee to save with his feet.

However, Rovers nearly broke the deadlock after 76 minutes when substitute Richardson hit the underside of the Exeter bar from just inside the box.

With four games of the regular season to go, Rovers remain anchored inside the play-off places in sixth with Exeter three points outside the top seven in eighth.