Sergio Aguero was watching the game with Mario Balotelli on Tuesday. In different countries via Twitch — an online live-streaming platform — but together on the same screen all the same.

What Aguero likes to do is commentate on matches to thousands of fans, little comments here and there. Manchester City’s greatest striker, the man who breezed past Eric Brook’s goalscoring record, was twitching with anticipation in his gaming chair when Fernandinho charged down the right to whip in that cross for Phil Foden.

Aguero’s little prodigy was in the middle, waiting. ‘Gol!’ he said as Foden planted a header beyond Thibaut Courtois. ‘My Prince Charming! Foden… I told you. I said on camera — Pep, make Foden a starter.’ 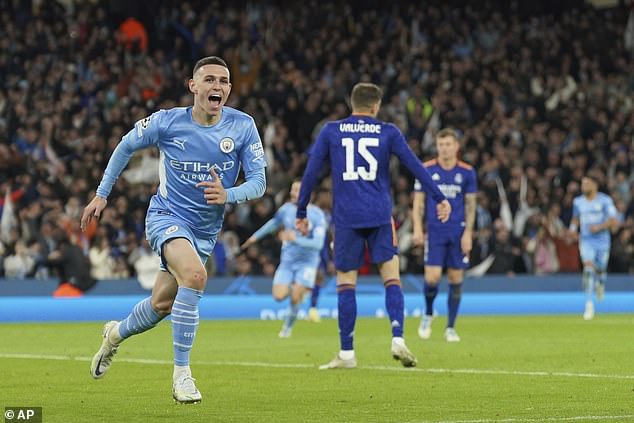 The only thing slightly surprising about that commentary is that Foden has long been one of the first names on Guardiola’s team sheet. If the final were tomorrow, his absence would be unthinkable.

Tuesday brought Foden’s ninth goal in the Champions League. He is the third youngest Englishman to score in a European Cup semi-final, behind Wayne Rooney and Bobby Charlton.

No Englishman has ever scored more in the competition before the age of 22, which Foden hits on the day of this year’s final in Paris. He is level with Rooney and nobody would bet against him nudging past the Manchester United legend at the Bernabeu on Wednesday. 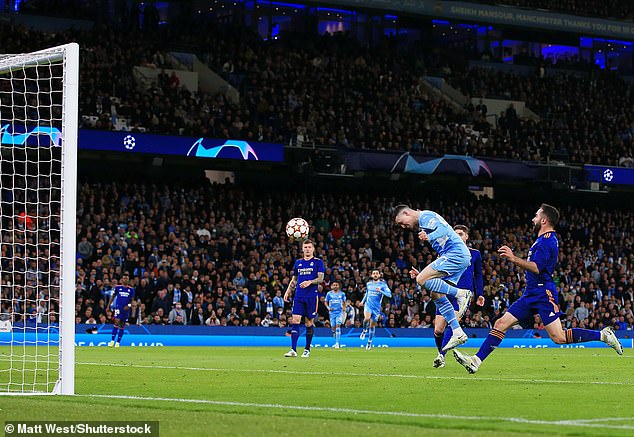 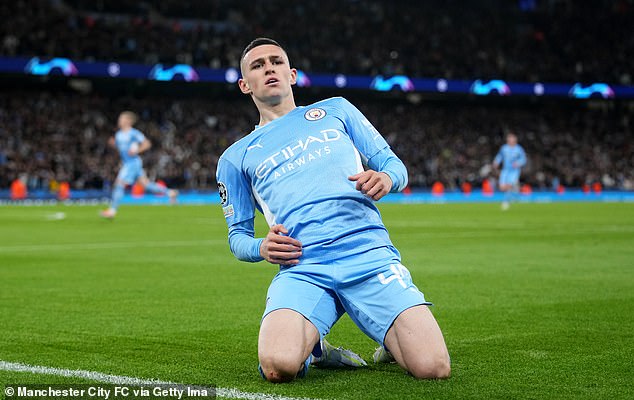 Raheem Sterling was discussing the prospect of hunting down Rooney’s record 30 goals on the biggest stage of all earlier in the week — he’s currently just six behind. It’s surely only a matter of time before Foden gets close.

He is born for the Champions League, thriving in the biggest games. Match-winning goals in each leg of last year’s quarter-final with Borussia Dortmund are proof of that and the way he led Dani Carvajal a merry dance against Real Madrid represented the norm these days. A diamond of a footballer. Velcro atop his boots, skis on the bottom.

Aguero knew all this ages ago and Foden took a while to overcome being flabbergasted that a figure he idolised as a child thought so highly of him already. ‘Different gravy,’ the Argentine said of the club’s premier academy graduate after the 2021 Carabao Cup final victory. Aguero is clearly a decent judge. 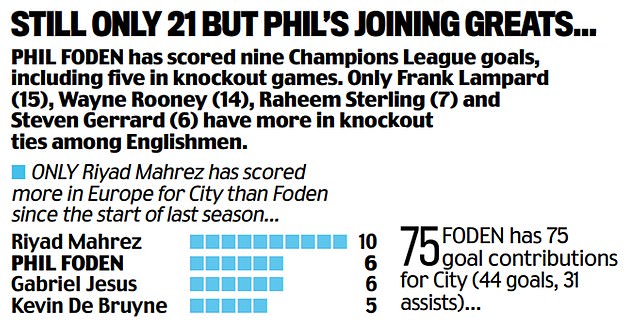 It is quite right, therefore, that Foden is fully aware of how good he is. Shyness has been overtaken by an assured confidence over time.

That he feels relaxed in surroundings that suit him was apparent two days before a recent game with Liverpool when he happily took on broadcasters at darts before pre-match interviews at the City Football Academy.

City will be Foden’s kingdom in the coming years, particularly when Kevin De Bruyne’s time comes to an end, and it is a place at which he envisages remaining for the entirety of his career. 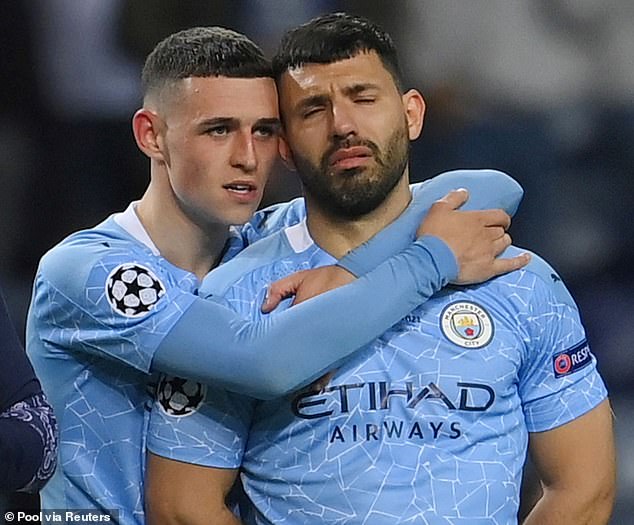 There are two years left on his existing contract, although it is a matter of time before he signs a new long-term deal, with the broad details having been agreed in principle last October.

Foden, who has been using a lawyer while between representatives, is wanted by a number of the country’s top agencies and his future will be decided once that has all been resolved.

City, though, are unflustered, safe in the knowledge that Foden will be the cornerstone of their next decade.