Jurgen Klopp is blown away by Liverpool’s welcome in Bangkok

Liverpool are set to face Manchester United in their first pre-season friendly on Tuesday. The two Premier League clubs have flown out to Thailand to begin their respective summer tours and will go head-to-head at the Rajamangala Stadium in Bangkok.

Liverpool have named a 37-man squad for their summer tour and will face United before taking on Crystal Palace in Singapore on Friday. And Express Sport takes a look at five players who have a point to prove to Liverpool boss Jurgen Klopp against the Red Devils.

Liverpool shelled out an initial £64million to sign Darwin Nunez from Benfica earlier this summer. The striker was in imperious form last season as he bagged an incredible 34 goals in 41 games. And the 23-year-old will be looking to impress Klopp when he pulls on the Liverpool shirt for the first time against the Red Devils.

Another player in line for his Reds debut is former Fulham starlet Fabio Carvalho. The Merseysiders secured the 19-year-old’s services at the end of last season following a stellar campaign in west London as he helped the Cottagers win the Championship to secure promotion to the Premier League. With Sadio Mane quitting Anfield last month, Carvalho will be looking to break into the Liverpool front three this season. And he will want to get his Reds career off to a strong start on Tuesday night. 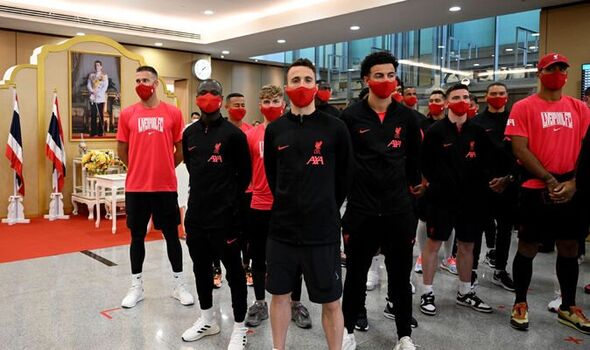 Alex Oxlade-Chamberlain only has one more year remaining on his Liverpool contract. But Klopp has been reluctant to move him on this summer and clearly still values him as a squad player.

The 28-year-old midfielder played a role during his side’s run to FA Cup and Carabao Cup success last term. And if he can demonstrate that he is still hungry to succeed at Anfield, the ace could be handed more gametime during the upcoming campaign. 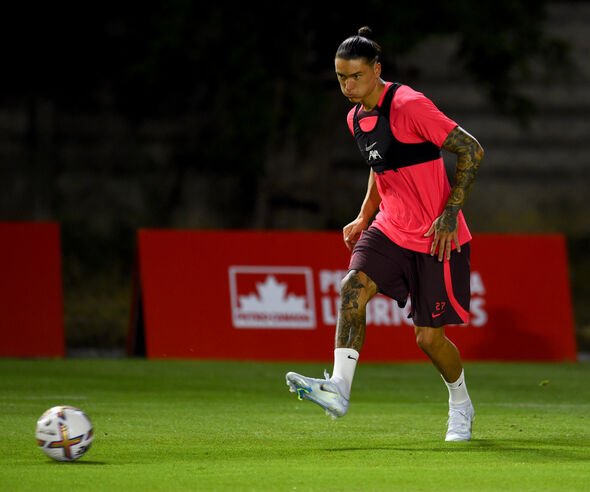 Curtis Jones has already played 74 first-team games for Liverpool at the tender age of 21. But after being handed some valuable minutes at the start of last season, the midfielder suffered an eye injury and missed nearly two months of action. The Reds are yet to sign any central midfielders this summer. So if Jones can do the business against United, he may well give Klopp food for thought over the next month as the German decides which players will form part of his first-choice XI

Netherlands under-21s international Sepp van den Berg joined Liverpool from PEC Zwolle as a 17-year-old in 2019. He spent 18 months on loan at Championship club Preston North End, where he racked-up 66 appearances before returning to Anfield at the end of last season. The 20-year-old can play at centre-back or right-back and could look to rival Calvin Ramsay as Trent Alexander-Arnold’s back-up when the new campaign gets underway next month.