Roberto Firmino has been fortunate to keep his starting spot for Liverpool with Diogo Jota out injured, says Jamie Carragher, who insists the Portuguese winger must start in his place when he faces former club Wolves

Roberto Firmino has been ‘fortunate’ to keep his spot in Liverpool’s starting XI because of Diogo Jota’s injury, insists Jamie Carragher.

Firmino’s dip in form has seen him come under increasing pressure in recent weeks, with the Brazilian forward only managing just one goal in 16 appearances since Boxing Day.

This has coincided with Liverpool’s torrid Premier League run, which has seen Jurgen Klopp’s men lose an unthinkable six successive games at Anfield. 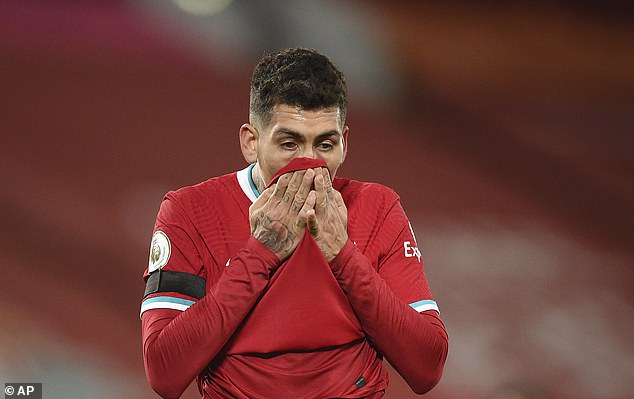 Roberto Firmino has been ‘fortunate’ to keep starting for Liverpool, says Jamie Carragher

The return of Jota from his knee injury will give Liverpool fans hope that they can get their season back on track and push for a top-four spot.

And Carragher believes Firmino has benefitted from Jota’s absence considering the Portuguese’s start to life at Anfield.

‘I think Firmino has been fortunate that Jota has been out for so long because I think he was on the verge of breaking that front three up, really,’ Carragher told CBS Sports. 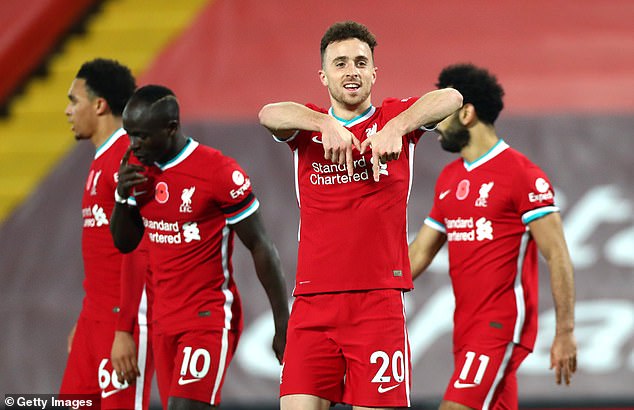 Following his move from Wolves last summer, Jota got off to a flying start by scoring five goals in his first nine Premier League matches for the club, before netting a hat-trick against Atalanta in the Champions League.

Now following the Portuguese winger’s return to the squad in midweek, Carragher insists Jota must start over Firmino from here on out.

When asked whether it’s Jota’s time to shine, Carragher added: ‘Yes, I mean I have been calling for [Jota to start over Firmino] that a while.

‘It’s just interesting that he went central. I think, at the weekend, it was Salah who went through the middle and Jota was in a wide position.

‘But Jota is a bigger goal threat, right at this moment. We know Firmino brings other things. 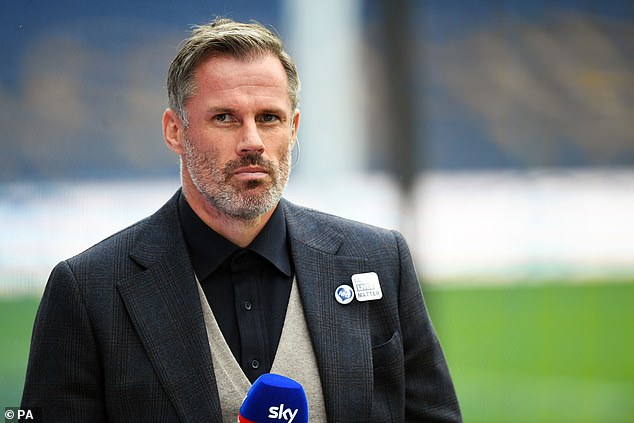 ‘But to just think that Liverpool need to get as many goalscorers as possible on the pitch because the midfield players don’t score, the full-backs create and they have lost Van Dijk. Jota needs to be on that pitch.’

Jota will be in line to start against his former club Wolves when Liverpool travel to Molineux on Monday.

Firmino is set to miss the clash through injury.