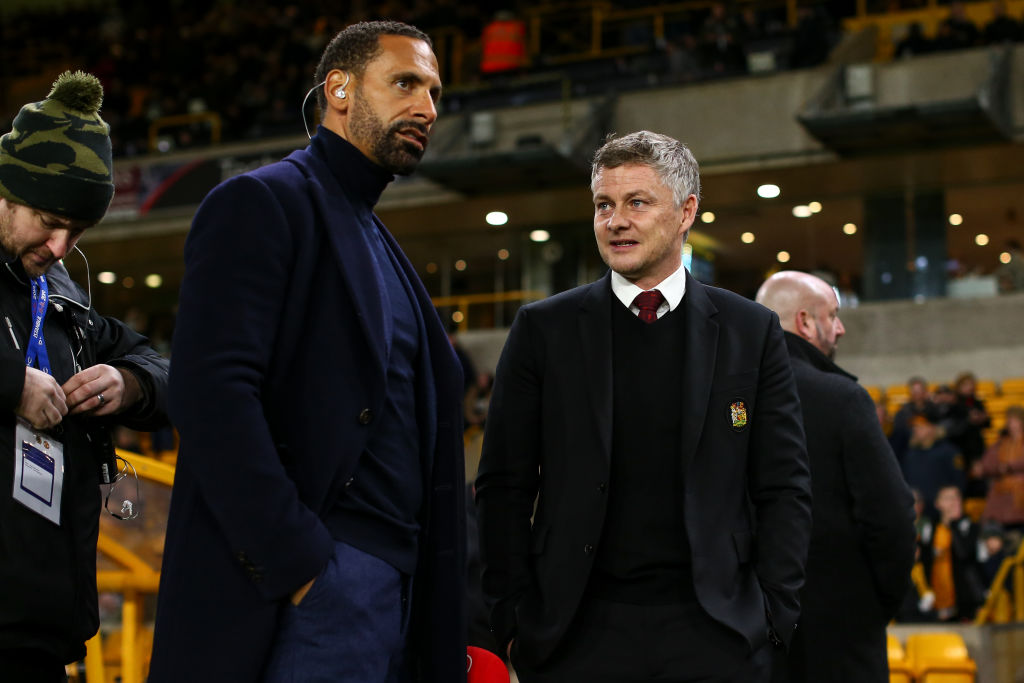 Manchester United legend Rio Ferdinand has questioned Ole Gunnar Solskjaer’s position at the club, admitting the time may have come for ‘the baton to be handed over’ to another manager.

The Red Devils were widely tipped as a genuine Premier League title contender after splashing out in excess of £130million on Cristiano Ronaldo, Jadon Sancho and Raphael Varane in the summer transfer window.

But United have endured a massively disappointing start to the 2021/22 campaign and find themselves languishing down in sixth place in the table after a miserable run of four defeats in six league games.

Solskjaer described the side’s humiliating 5-0 loss at home to Liverpool as his ‘darkest day’ in football and the Norwegian has come under intense pressure, with the likes of Brendan Rodgers, Erik ten Hag and Ralf Rangnick being linked as potential replacements.

Ferdinand famously threw his support behind Solskjaer after United’s thrilling Champions League victory over PSG back in March 2019 – yelling ‘Ole’s at the wheel!’ in celebration in the BT Sport studio – and has remained loyal to his former team-mate throughout the club’s struggles.

However, the iconic ex-England defender appears to have changed his stance and believes it may finally be the time for United to begin the hunt for Solskjaer’s successor.

On his Rio Ferdinand Presents FIVE YouTube channel, Ferdinand said: ‘We started this season with such hope, but also the transfer window we had, the excitement, we were all sitting there going, “You know what? This is our time now!”

‘I sit here now and I don’t think we can challenge to win this league. I look at our team every week and I’m wondering what we’re going to do tactically, I don’t see any philosophy or identity in the United way of playing, whatever that should be from the management and I sit here confused looking at the team.

‘When you look at it like that with the transfer window we had… we were all sitting here excited thinking, “Wow! This is where we’re meant to be!”

‘But Ole was brought in with the remit to get us back to a point, a moment where you think he’s brought some foundation back. At the end of the season we were thinking: “Yes, that’s it!”

‘I was always deep down a bit sceptical. Could he take us on to be champions? I wasn’t fully convinced, I hoped he would be able to do that. But what I’ve seen this season I just feel it might be the time now for the baton to be handed over to somebody else who can take us on now.

‘I think Ole can leave with his head held high because from where he came in to where he left us at the beginning of this season it’s positive.’

Ferdinand has been reluctant to criticise Solskjaer until now, but feels there can’t be ‘one rule for players and another for managers’ when analysing a club’s major flaws and weaknesses.

‘You have to be honest with what you see because if it was someone else I would say it,’ he added.

‘I don’t get this, “You can’t say this about a manager”, because people are quick to say it about a player: “Get rid of him, he can never wear the shirt again!”

‘You can’t say that about a manager? What’s the difference?

‘I hate being in this position where I’m having to call ex-team-mates or friends, people that I want to see do well.

‘But you have to be honest. You can’t sit here and say, “This player should never wear the shirt”, but then protect a manager. I don’t agree with that. You can’t have one rule for players and another for managers.

‘The football club will be living and breathing longer than any individual.’

Ferdinand believes there is no longer an ‘element of fear’ driving United’s players to perform as was the case under Sir Alex Ferguson.

‘Every great manager you know that’s been successful or won things in this game, they have an element of fear,’ he continuted.

‘Pep [Guardiola] now, [Jurgen] Klopp now, [Thomas] Tuchel now, Fergie in my time, George Graham and Arsene Wenger at Arsenal… there’s an element of like: “You don’t do what I say, you don’t follow the fundamentals that make us successful, you are sitting behind me on this bench and will watch!”

‘I don’t see that fear in this squad and that can’t be right. That ain’t right.’