Many non-League football clubs up and down the country are witnessing bumper crowds, as fans are unable to watch the teams they usually support.

Farnham Town, based in Surrey, is one such club. Their ticket sales are up threefold on this time last year, which has given them a massive financial boost.

They are allowed a maximum of 300 people into their small ground in the heart of the quintessential, historic craft town. 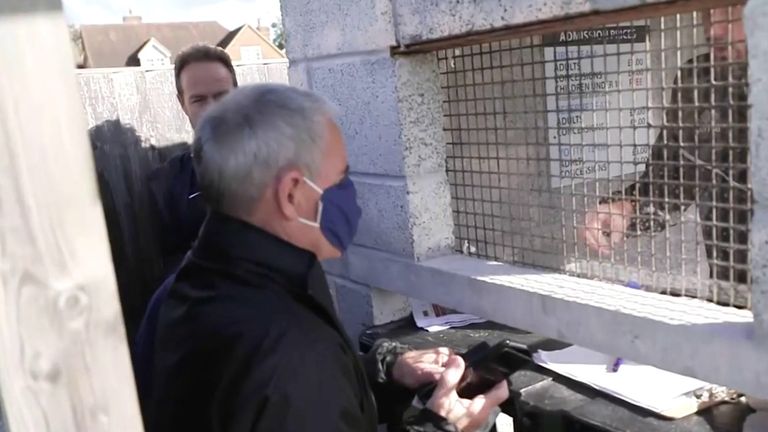 As fans enter the turnstiles – some with masks, some without – they have to fill out their details so they can be traced if they come into contact with someone who has been diagnosed with coronavirus.

One local resident and new fan, Matthew, told Sky Sports News: “I’m normally a Reading fan. I am a Reading season-ticket holder. So I normally take my children down to the ground. But there is no football, so this is the next best thing.

“They’re playing really well at the moment. It helps that they are near the top, so we are really enjoying it.”

While strict rules have to be adhered to, Farnham Town are not the only non-League club experiencing increased ticket sales.

Chairman Paul Tanner said: “At our level we are able to get a certain number of fans in. It’s been great from our point of view. We have seen three times the number of fans we normally see. So, in a bad situation, it’s opening up something good out of it, for the club’s finances as well.” 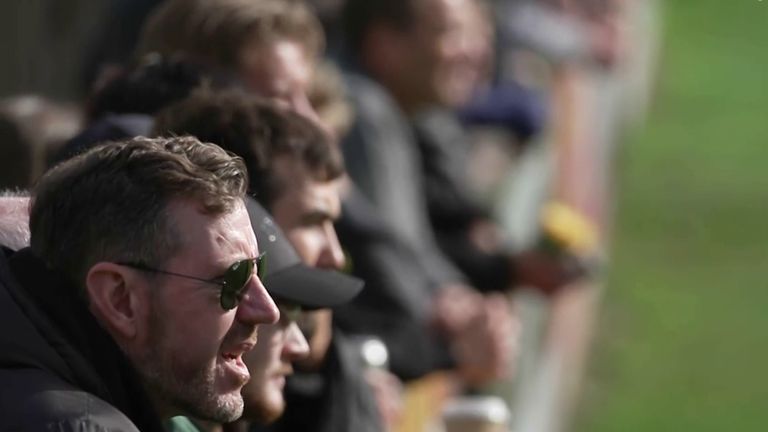 Many elite clubs were expecting to have fans back in stadiums by the start of October, but a rise in coronavirus cases put those plans on hold. It has had a devastating impact on the world of sport, with many lower-league football clubs saying they are not confident they will make it to the end of the season without fans or financial support.

The way in which supporters have been allowed back into non-League clubs provides an insight – albeit on a smaller scale – as to how things might look in bigger stadiums in the future.

Fans arriving are asked to scan the Track and Trace app on their phones, facemasks are optional, but social distancing is in place. In the bar at half-time the majority choose to sit outside. But even inside, the tables are widely spaced apart.

So many clubs are struggling financially at the moment. The Government insists it is keen to get fans back into stadiums as soon as it is safe and possible to do so.

But it does seem there is at least one silver living. People are enjoying supporting their local, non-League sides that previously would not have got nearly as much attention.