Jurgen Klopp’s side were blown away in Naples, conceding two first half penalties and going 4-0 down after 47 minutes.

Liverpool kept fighting, and Luis Diaz hit back with a consolation goal, but it was a dreadful night for the Reds in Italy. 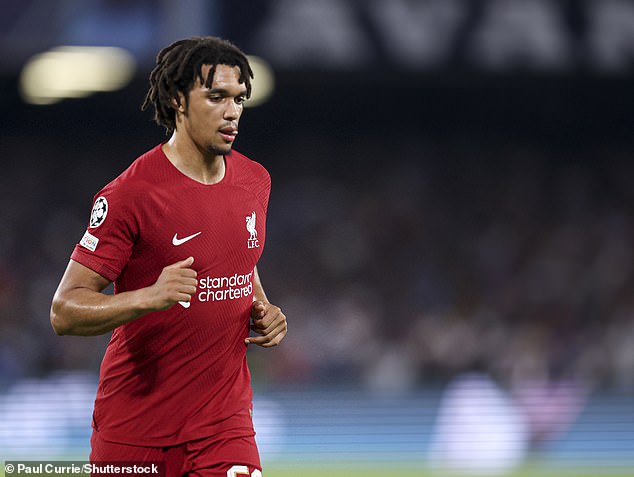 And England full-back Alexander-Arnold, who was arguably at fault for both the third and fourth goals, was slammed by fans on social media.

They were quick to mock the defender in a variety of memes, lambasting his defensive ability.

Fans poked fun at Liverpool and their star right-back, while also arguing that fellow full-back Reece James is much better than Alexander-Arnold. 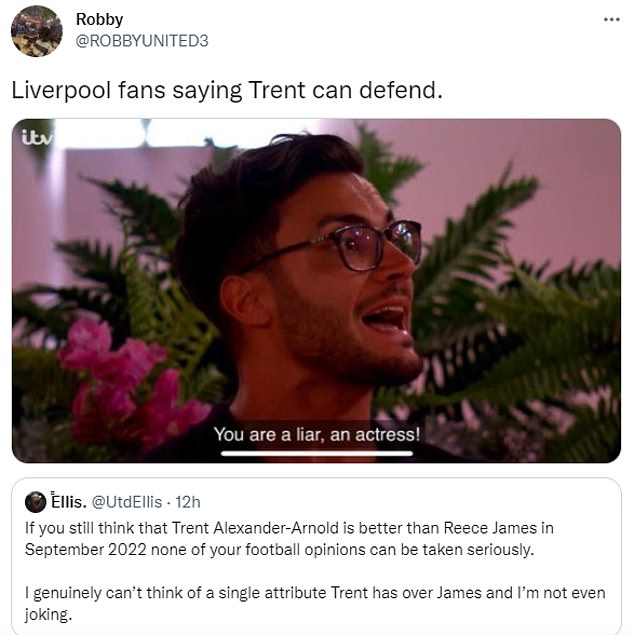 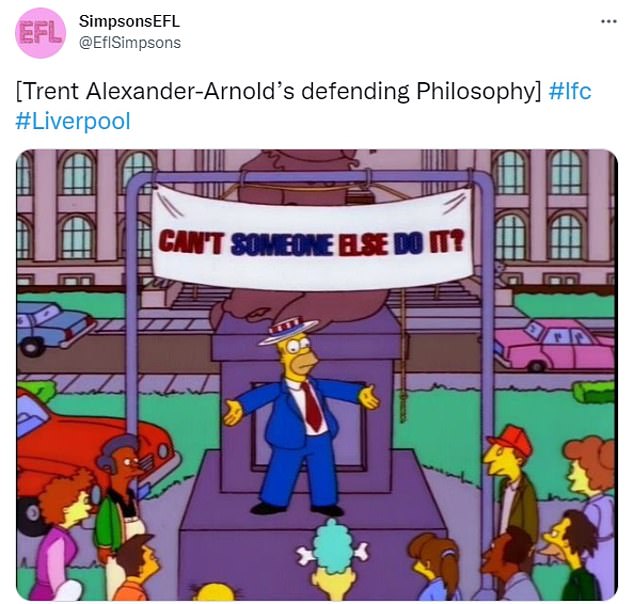 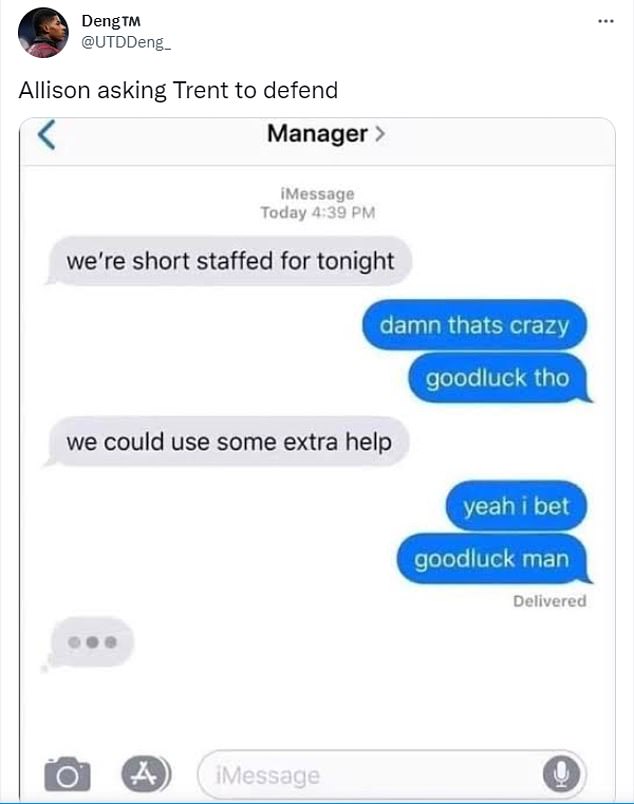 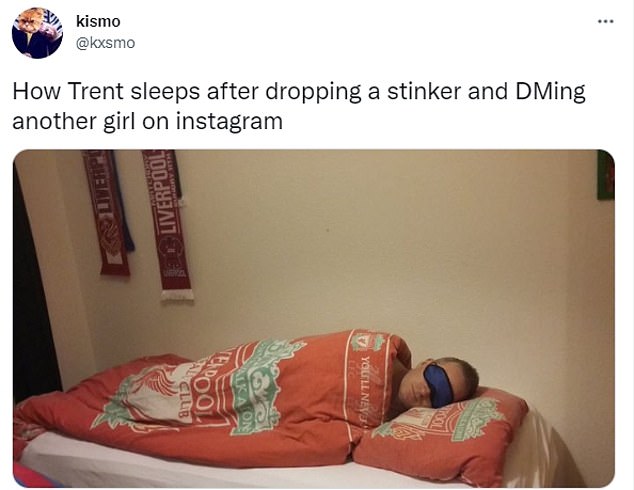 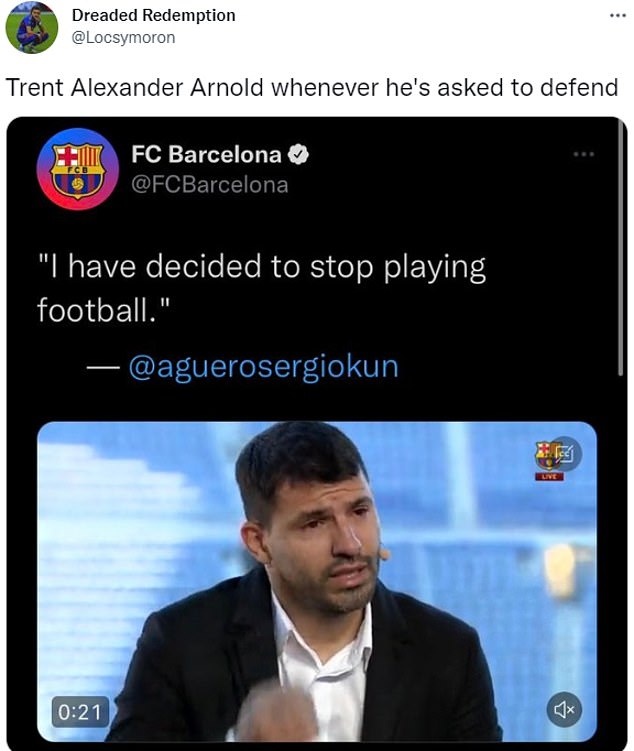 The criticism of Alexander-Arnold came after Jamie Carragher had singled out the 23-year-old on CBS after the game.

The Liverpool legend had said: ‘The thing with Trent is I’ve always said this that he’s not a conventional full-back. He’s not great defensively. He never will be.

‘But he’s got strengths and talents that we don’t normally see from a fullback. He’s Liverpool’s playmaker, but I’ve always said I thought [these defensive struggles] would come with another manager.

‘When Liverpool stopped being one of the top teams in the Premier League or Europe. That means they will defend more, they will have more nights like this. And his defensive deficiencies will stand out more and we’ll see less of him on the ball.

‘That might be a time where he has to go into midfield. When you’re in a Jurgen Klopp team, you normally dominate the ball, dominate the play.

‘But when you see him under real pressure, his defensive problems will stand out even more and that’s the big problem for him right now. I thought that might come with the next manager but the problem is it’s coming right now with Liverpool.’