Non-Premier League teams ‘will NOT receive free Covid PCR tests ahead of FA Cup games’, as the FA cut funding and ‘offer cheaper lateral flow tests to EFL and non-League sides’ instead

The FA has pulled the plug on free Covid testing for teams outside the Premier League ahead of next month’s FA Cup third round, according to reports.

English football’s governing body covered the cost for non-top flight clubs to undergo PCR testing ahead of third-round fixtures last season, yet The Athletic claim that will not be the case this time around.

Cheaper lateral flow tests will instead be used from January onwards, a move which falls in line with Premier League and EFL protocols. 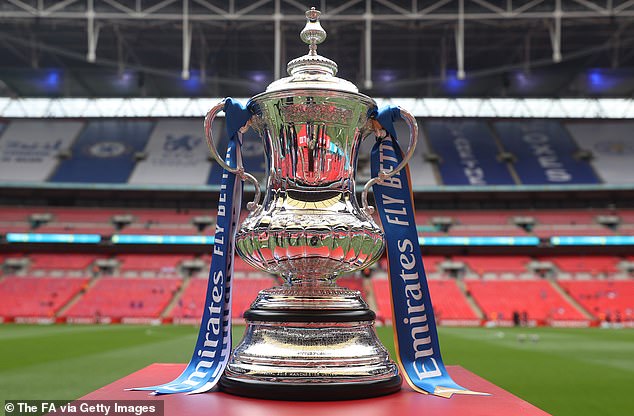 As Covid cases continue to rise in the UK, and the Omicron variant rips through the country, the Premier League will maintain its own daily testing regime after receiving approval at a shareholders’ meeting last Tuesday.

The EFL has also followed suit and told its clubs that players are expected to undergo testing on a daily basis, albeit subject to the availability of lateral flows.

Last season, EFL and non-league teams were not required to test as frequently as their Premier League counterparts, however the FA were keen for competing clubs to do so and therefore provided financial assistance. 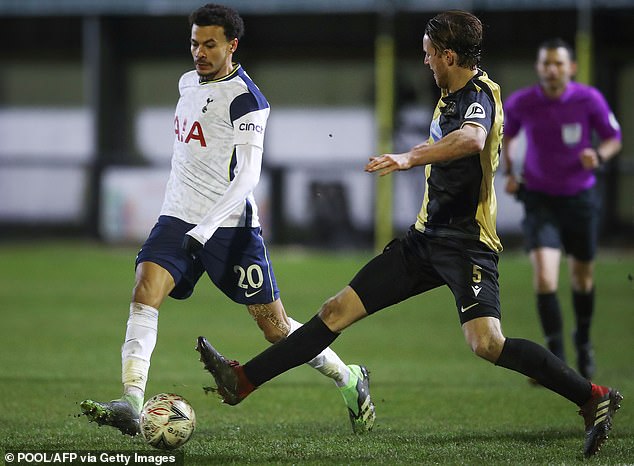 There will also be no replays in the FA Cup third and fourth round for the second straight campaign amid fears over fixture congestion.

Ties that remain level after 90 minutes will instead go straight to extra-time and then penalties, ensuring matches do not pile up over the coming months with Covid postponements rife.

The third round of the FA Cup gets underway when Premier League champions Manchester City go away to League Two side Swindon Town on January 7.

Other fixtures that weekend include European champions Chelsea vs non-league Chesterfield, Antonio Conte’s Tottenham vs League One’s Morecambe and Premier League giants Liverpool vs another League One outfit in Shrewsbury.

LATERAL FLOW TESTS: ALL YOU NEED TO KNOW

What is the difference between lateral flow and PCR tests?

Lateral flow tests provide results and tell people in 30 minutes if they have coronavirus by detecting proteins from the virus in the nose and throat samples. Scientists have mixed views on their accuracy.

PCR tests are, however, extremely accurate but take up to three days for results to come through. They detect the genetic material from a specific organism, specifically coronavirus, and are the best way to test if you have a current infection.

Both tests require swabs from your nose and throat.

How accurate are they?

A study by the Queen Mary University of London, the University of Oxford, the Institute for Advanced Studies based in Vienna, and the Medical University of Graz published in July found that lateral flow tests detected more than 95% of the cases found by PCR and correctly identified 89% of cases as negative.

In March 2021, the Royal College of Pathologists said positive results by LFTs should be confirmed by PCR tests and people should self-isolate before they receive their PCR result.

Last week, the Health Security Agency (HSA) said lateral flow tests are as likely to detect Omicron as other variants of coronavirus.

PCR tests are still considered to be the most accurate tests when diagnosing coronavirus but should only be used by people who are showing symptoms.