Mohamed Salah should leave Liverpool tomorrow if the club want to improve their attack. That is according to David James, who believes his former side are better without their top scorer.

Liverpool play better as a team when Salah is not in the starting XI.

That is the explosive claim from former goalkeeper James, who reckons his old team need to axe the forward as soon as possible.

Salah has been the Reds’ top scorer this season, netting 31 in all competitions and has been their main man for some years.

Since his arrival from AS Roma in 2017, the Egypt international has scored 125 times in 203 outings. 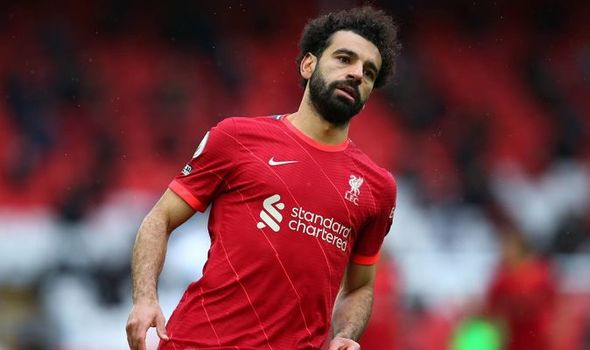 It has helped Jurgen Klopp land a Premier League and a Champions League title.

But James believes Liverpool are better off without Salah and should sell him immediately.

“In my eyes, he might be second in the Golden Boot running, but I think Liverpool actually play better without Salah,” the former Liverpool goalkeeper told Stadium Astro.

“The opportunity for Liverpool to maybe cash in on Salah… as you say, [Diogo] Jota then naturally fits into that front three, [Roberto] Firmino gets more freedom arguably.

“Then Liverpool have a new dynamic up front rather than what seems to be a reliance, or has been a reliance, on Salah’s goals.”

When asked if now is the right time to sell Salah, James added: “Yeah, tomorrow. I’d do it now. This is not about Mo Salah not being a good player, his goal record speaks for itself.

“Similar in statistics to someone like [Sergio] Aguero, where Pep Guardiola can look at Man City and not need Aguero.

“I think Liverpool’s fluidity is compromised by Salah, even though he scores.”