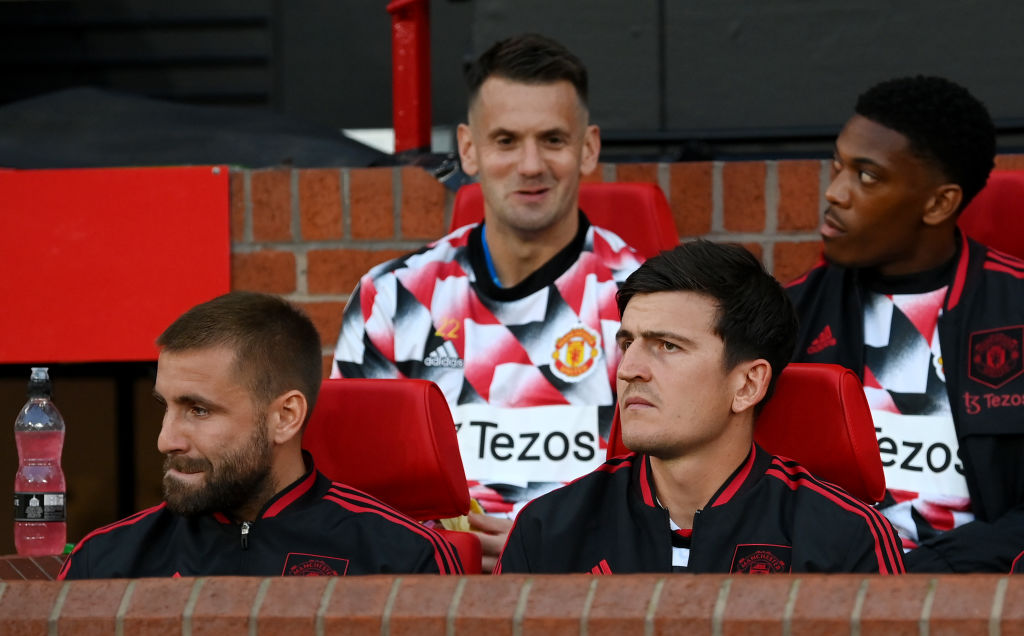 The defensive duo have been regulars in Gareth Southgate’s England squad and starred together during Euro 2020, emerging as two of the best players of the tournament.

However, since the final defeat to Italy, the pair have struggled for form and more recently have found themselves out of favour at Old Trafford.

After starting in the opening two defeats of the season, Erik ten Hag dropped Maguire and Shaw for Raphael Varane and Tyrell Malacia, with United winning every Premier League game since.

Nevertheless, they were still called up by Southgate for the upcoming Nations League clashes against Italy and Germany, but whether they will, or even should, make the England team for November’s World Cup remains unclear.

‘That’s a difficult one,’ Eriksson, who managed the Three Lions from 2001 to 2006, told BoyleSports.

‘I think it’s difficult for Southgate to pick Maguire and Shaw because if they don’t play regularly, it’s very difficult to let them play in the national team because it’s one thing to train, but it’s another to have a regular routine of games.’

While Maguire and Shaw did make the squad, the same could not be said for their United teammates Marcus Rashford and Jadon Sancho, who were omitted despite their great form at club-level.

The forwards have eight goal contributions between them so far this season, but they face stiff competition for a place on the plane to Qatar from the likes of Arsenal’s Bukayo Saka and Manchester City attackers Phil Foden and Jack Grealish.

‘In regards to Sancho and Rashford’s absence, I think Rashford should be in the squad,’ Eriksson added.

‘He [Southgate] picked 28 players I think. That’s a lot, I don’t think he can do that for the World Cup, but that means he wants to see as many players as possible.

‘And he wants to work with them and see how they are in training. So I guess it’s normal, but I think some of the players who are not picked still have a chance to be picked when he chooses the World Cup squad.’

Southgate must name his 26-man World Cup squad by 19th October, just over a month before England’s first game against Iran.