Everton’s world has been turned upside down by Carlo Ancelotti’s sudden departure: Farhad Moshiri’s next managerial appointment is his most important decision

What now? The question is short but the answer Everton must provide in response, following an unexpectedly dramatic day, has to be clear and compelling.

As the sun beat down on Everton’s training ground at Finch Lane on Tuesday, you would have been forgiven for thinking that all was well in the world.

But inside the main complex, their world was being turned upside down. 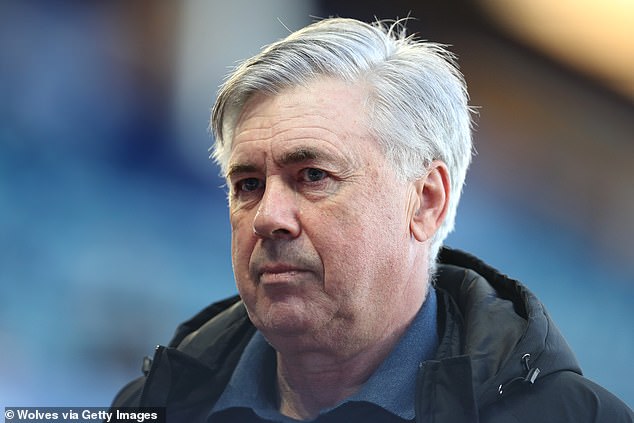 Carlo Ancelotti had arrived at 11.15am for talks with director of football Marcel Brands that would end with the Italian ending a spell in charge that lasted 18 months. Real Madrid’s call was impossible to reject.

Farhad Moshiri, Everton’s major shareholder, pulled off a coup when he convinced Ancelotti to come to Goodison Park in December 2019. It was a remarkable appointment, attracting genuine football royalty and one that gave supporters the ability to dream.

The players loved him, too. And when news broke that Ancelotti was going to leave, it sent shockwaves through the group. They had no sense this was coming. After the final game of the campaign at Manchester City, the Italian told them to enjoy themselves — he said he would be in touch.

Ancelotti, as a man, is very easy to like. He does not carry an ego and doesn’t vaunt his past achievements.

He has presence, commands respect and his appetite for work is undiminished. ‘I say to him sometimes: “There’s only a few of us. Look, Gaffer! Stay in!” He’ll have none of it,’ Duncan Ferguson, his assistant, told Sportsmail last October. ‘He’s out on the grass with five or six players, putting in the same effort he would if everyone was there.’ 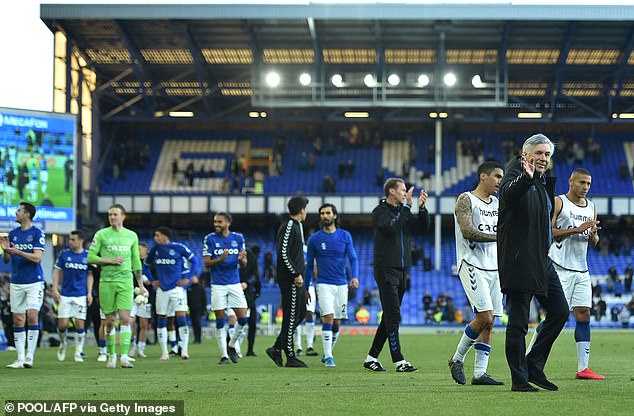 But pedigree doesn’t guarantee anything in football. While the start to the last campaign was record-breaking, as Everton began with seven straight wins for the first time in their history, the way it fizzled out was startling.

They made history at home, but for all the wrong reasons, and results at Goodison Park — where they collected nine points from a possible 39 from January 1 — vandalised their attempts to qualify for Europe. It also meant a first win at Anfield since September 1999 stood for nothing.

There were concerns about performances through spring. Moshiri is not known for patience and was angered about the manner in which results had gone — so much so that Ancelotti was concerned that the Iranian billionaire would take matters into his own hands.

After the 5-0 defeat at the Etihad Stadium, it is understood that discussions took place to reassure Ancelotti that he would be backed this summer — he wanted to sign a dynamic right winger. Perhaps it was naive for Moshiri to think this was going to be for the long-term. Ancelotti has not lasted more than two years in a job since ending eight years at AC Milan in 2009.

So what now? Everton are in a vulnerable position. There are too many players who have not provided the service for which they have been handsomely paid and the first task awaiting the new man is to purge those who have nothing to offer.

Not so long ago, Everton were progressive and consistent and worked to a model that suited them well. They bought young, hungry players for reasonable fees.They rewarded progress and made handsome profits when they sold. The plan was clear.

But here they are, five weeks before the squad is due to return, and nobody knows who the manager will be or which targets they have identified. It is a mess.

Moshiri has gone for big reputations (Ronald Koeman before Ancelotti), he’s tried bright young things (Marco Silva) and old warhorses (Sam Allardyce); what comes next cannot be whoever he feels is in vogue. This is his most important decision. Moshiri must get this one right.