‘I know I’m not a diver, videos prove that’: England Under 21s hero Anthony Gordon fires back at critics who claim he goes to ground too easily for Everton and instead insists he is ‘getting kicked quite a lot’ in the Premier League

Everton winger Anthony Gordon has hit back at critics who have labelled him a diver.

Gordon, who this week was instrumental in England’s Under 21s securing qualification for next summer’s European Championship, was a shining light at Goodison Park last season.

But some TV pundits, including former Liverpool defender Jamie Carragher, have suggested the 21-year-old is building a reputation for going down too easily. 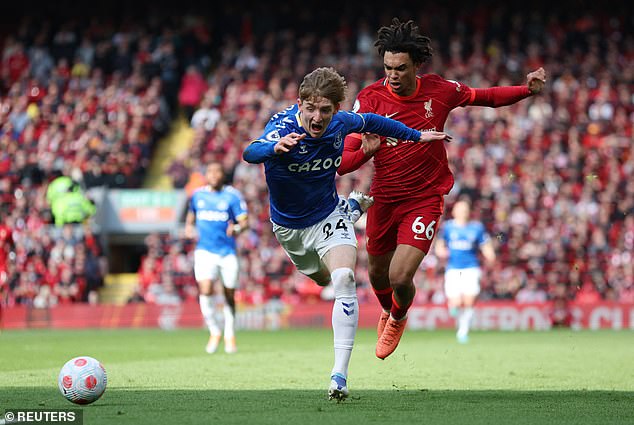 Everton boss Frank Lampard has fiercely defended Gordon and the player cannot understand the criticism, particularly after April’s Merseyside derby when he was denied a penalty. ‘I am not sure why people have been calling me a diver,’ said Gordon. ‘If you look back at the games, I’m getting kicked quite a lot. I’ll take that as a compliment.

‘I know I’m not a diver, videos prove that. I might go down every now and then but that’s because I’m getting kicked. I don’t know what people want me to do.

‘It happens to really good one-on-one players,’ he added. ‘If someone is good at that they are going to get past a lot of players and hacked down every now and then.’ 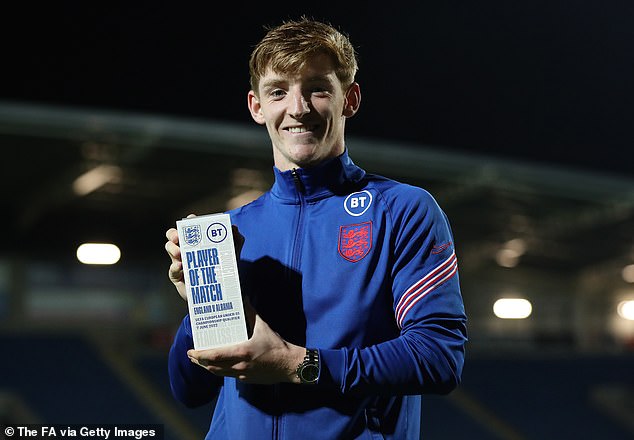 Gordon, who was instrumental in England Under-21s qualifying for next summer’s European Championships, has been accused of going to ground too easily 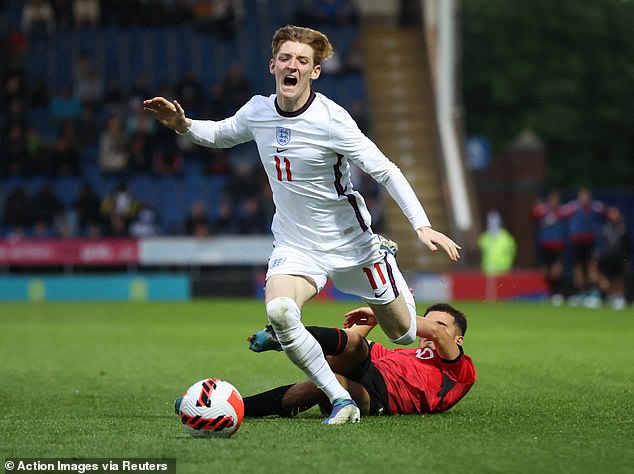 Meanwhile, Everton owner Farhad Moshiri has apologised to fans for a desperate season that saw the club narrowly avoid relegation in the final week.

Moshiri and the board came under fire over the disastrous appointment of Rafa Benitez last summer and relations only started to improve when Lampard was appointed to replace him.

Moshiri said: ‘We have under-performed in what proved to be a very challenging campaign. Mistakes have been made and for that I want to apologise to all of you. It has not been good enough.

‘You have given us incredible support that helped us over the line when we most needed it, and we must repay that support and show that lessons have been learned. I am committed to securing our future success.’