Inter Milan are ready to offer Everton’s £25million flop Moise Kean an escape route from Goodison Park this summer. The Italian international has struggled to adapt to life in the Premier League this season scoring only once in 26 appearances.

The former Juventus man who is under contract for another four years is on the wanted list of former Chelsea boss Antonio Conte now in charge at Inter.

Conte is eying him up as a potential partner for Romelu Lukaku with Barcelona looking favourites to lure Lautaro Martinez to Spain this summer.

Kean, 20, fears that another poor season in the Premier League could scupper his chances of playing in the European Championship Finals next summer.

So he is ready to listen to offers to return home after only starting seven games for Everton since his move onto Merseyside 12 months ago. 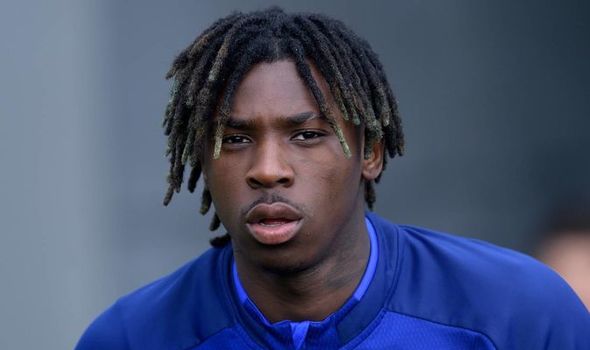 Everton would be looking to get their money back on Kean who broke into the Juventus first-team aged 16 as he still has a substantial length of time on his deal.

The Toffees are ready for a busy summer transfer window.

Carlo Ancelotti has been eager to strengthen his defence since arriving at Goodison Park in December and the 22-year-old centre-back fits the bill.

Everton submitted a bid for Magalhaes in March and are continuing transfer talks despite football being on hold due to the coronavirus crisis.

Despite intense competition from clubs across the continent, the Toffees are closing in on a deal.

Gabriel, who extended his contract with Lille in January until 2023, has admitted he is aware of the speculation but is leaving it up to his agents to sort out.

“I can see them, yes. Every day, my friends send me things: clubs, lots of clubs,” he said.

“I’m happy because my work, and everything I’ve done, is rewarded. It’s not only good for me; it’s good for other people around me.

“But I’m happy in Lille; I’m very, very happy at the club. I love this club. I don’t know what’s going to happen, but the objective is to bring LOSC back into the Champions League again.

“For the rest, I will let my agents and the club talk about it, but I am very happy here.”