‘As long as we stay in games and keep fighting in games then anything is possible’: Frank Lampard focusing on the positives after Everton secure last-gasp draw with Leicester and move four points clear of the drop zone

Everton manager Frank Lampard insists ‘anything is possible’ if his relegation-threatened side continue to show the fight which saw them grab a late point in a 1-1 draw at home to Leicester.

Richarlison snatched the equaliser – his 50th for the club on his 146th appearance – in the second minute of additional time after the visitors failed to add to Harvey Barnes’ fifth-minute opener.

It meant the Toffees recorded unbeaten back-to-back Premier League matches for the first time since October, having beaten Manchester United last time out, and moved them four points above 18th-placed Burnley. 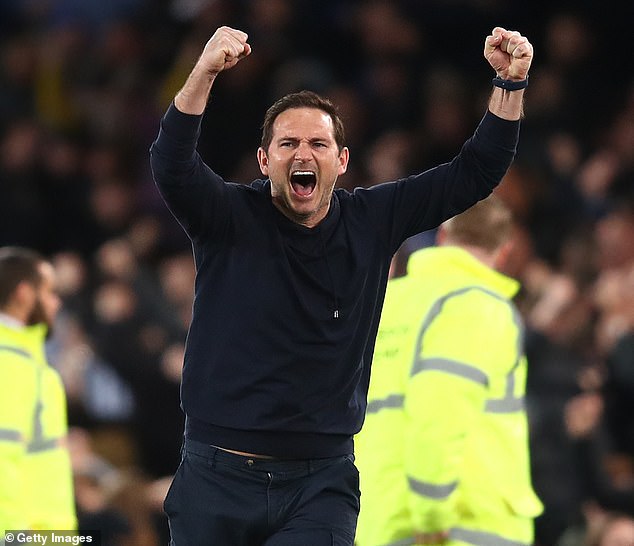 But while they could still be in the bottom three by the time they arrive at Anfield on Sunday afternoon for the Merseyside derby as Burnley have home games against Southampton (Thursday) and Wolves Lampard is focusing on the positives.

‘A late goal that gets you a draw feels a real positive,’ he said.

‘That is something we want to change. As the chances were coming and going towards the end of the game – Seamus (Coleman) has a good chance, Richy (Richarlison) had a good chance – you worry. 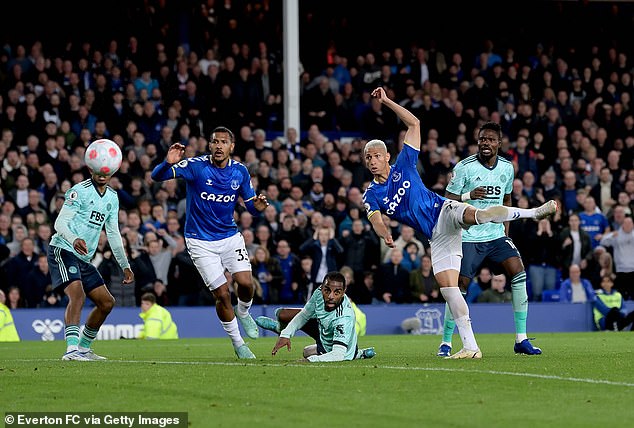 ‘Something we haven’t been able to do well enough in my time here is draw games when we are either are not playing as well as we should do – I think that was the case in the first half but not the second – and other games recently against West Ham and Burnley where are performances were good and we got nothing.

‘As long as we stay in games and keep fighting in games then anything is possible.

‘It’s a small run but it is the bounce of coming off a good result against Manchester United to get another point on the board. 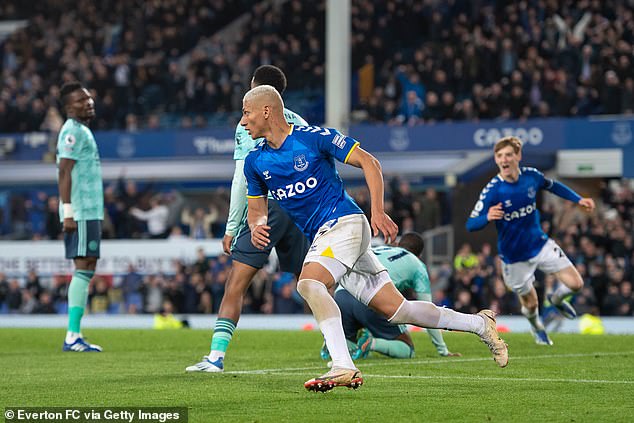 ‘It can be an easy thing to throw at the players that they lack spirit or desire and they certainly don’t.

‘We are not in a time for pretty patterns and an idea of our philosophy for the next two or three years, the first phase is can we fight or show character to stay in this league and they showed that tonight.’

Leicester boss Brendan Rodgers felt the only thing lacking from the display was a cutting edge.

‘I thought performance-wise we were excellent,’ he said. 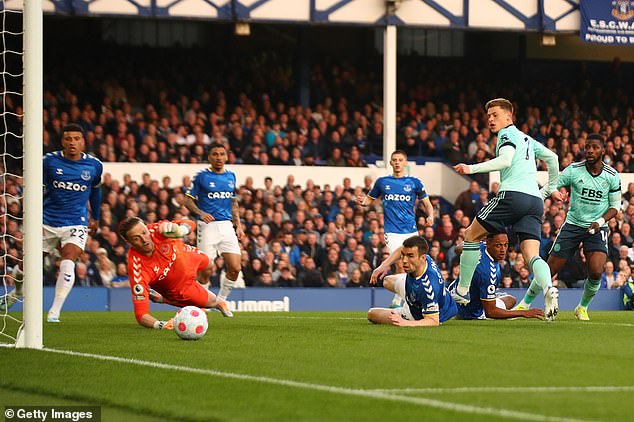 ‘Once we get into the second half we just need a wee bit more composure in the final third of the pitch to close the game out.

‘At 1-0 you always have to go right to the end and unfortunately just at the end we conceded the goal.

‘You think of the great result Everton had here 11 days ago (beating Manchester United); this is our fourth game in that period.

‘The level the players played at was a really high level. Overall, I’m delighted with how we played.’