The 2021/22 season free transfer market is set to be one of the most exciting windows in history. Alongside key Premier League exits including Sergio Aguero and Gini Wijnaldum, two of the biggest stars in La Liga could be on the move.

Barcelona talisman Lionel Messi and Real Madrid captain Sergio Ramos are both out of contract and could walk away this summer.

If either player leaves, it would end over a decade of success at their respective clubs, with major change in the air across European football.

Express Sport takes a look at the ‘best XI’ options from across Europe’s top leagues as Messi and Ramos make decisions over their futures.

AC Milan have confirmed the departure of goalkeeper Donnarumma after failing to agree a contract extension.

The Italian international has voiced his desire to move on from the San Siro after six seasons at the club.

Manchester United are rumoured to be monitoring his situation with real interest amid growing speculation over David De Gea’s future at Old Trafford. 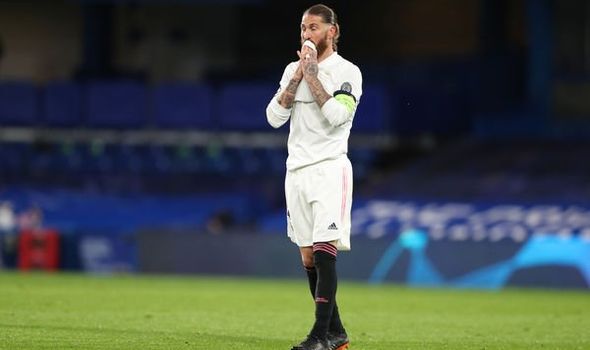 Talks over a new contract for Spanish defender Vazquez have stalled after his 2020/21 season was cut short by injury.

His previous stance of wanting to remain at the club may be altered by Zinedine Zidane’s exit with the Frenchman a big fan of his versatility as a squad asset.

Arsenal were linked with a bid 12 months ago, and Mikel Arteta could revive his interest in the 29-year-old, as a possible replacement for Hector Bellerin.

Ramos’ own contract talks in Madrid appear to have hit a dead end after the club refused to alter their stance on only offering a one-year extension.

The 35-year-old’s determination to secure two more years could spell the end of his time at the Estadio Santiago Bernabeu with strong ally Zidane now gone.

Manchester United are rumoured to be ready to challenge PSG with a mega-money free transfer offer if he walks away.

His role was reduced under Hans-Dieter Flick’s with Joachim Low also declining to end his international exile for Euro 2020.

Tottenham are on the list of clubs rumoured to be keeping an eye on him, however, any move will depend on who takes charge in north London this summer.

Albanian international Hysaj has rejected a contract extension at Napoli and will now leave the Serie A giants.

The versatile full back, who can operate on either side of the defence, is rumoured to be interesting Atletico Madrid boss Diego Simeone, as he looks for cover for Kieran Trippier.

However, a move to England could be a dark horse option, with the 27-year-old providing Champions League experience to any squad in need of full back reinforcements.

Austrian superstar Alaba joined Boateng in a Bayern goodbye on the final day of 2020/21 after confirming his intention to move on.

Real Madrid were rumoured to be on the verge of clinching a deal for the 28-year-old but Zidane’s exit could complicate that.

United have been linked with him in the past and City could make a bold offer if Fernandinho’s extension suffers a last-minute change.

Martinez is the third big-name Bayern star on the way out as incoming boss Julian Nagelsmann looks to focus on youth in 2021.

The Basque-born midfielder has been linked with a return to former side Athletic Club, but he is open minded on his next step, and would provide a similarly experienced option to Alaba, but on a lower salary.

Turkish schemer Calhanoglu enjoyed his best season in Italy in 2020/21 with nine goals and nine assists for Stefano Pioli’s side.

Milan are desperate to keep him, but he could pop back up on Arsenal’s radar in the coming months, with Arteta looking for a Plan B to Martin Odegaard.

Mkhitaryan is unlikely to be pleased by Jose Mourinho’s arrival at AS Roma after the pair enjoyed a strained relationship at United.

He looks certain to walk away from the Italian capital this summer, with a performance-related extension likely to be blocked by Mourinho, but a Premier League return is unlikely. 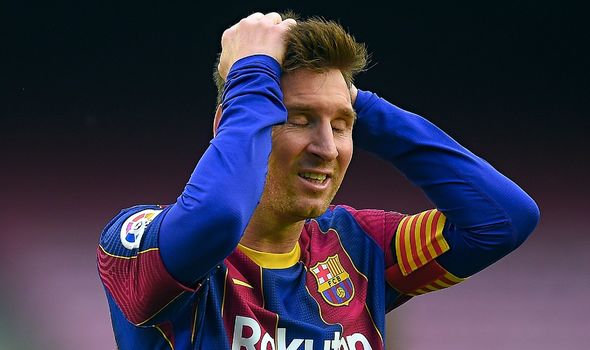 Ribery’s move from Bayern to Sampdoria allowed the Frenchman to extend his career in Serie A.

The 38-year-old has not been offered an extension by the Italians, and he is on the hunt for a new club, with the chance of a Premier League move likely to interest him on the right terms.

Alongside the Harry Kane exit saga, Messi’s Barcelona future is set to be the key story this summer.

After missing Barcelona’s final game of the season, Messi joined up with the Argentina squad for Copa America duty, and there is unlikely to be any confirmation on his decision until July.

Barcelona have opted to retain Ronald Koeman for the 2021/22 campaign, but how that will impact Messi is unclear, with City and PSG keeping their options open on the six-time Ballon d’Or winner.