EUROPA LEAGUE ROUND UP: Inter Milan reach last 16 after beating Ludogorets in an empty San Siro as Roma and Wolfsburg also progress

The voices of the players and both coaches could clearly be heard at an empty San Siro as Inter Milan beat Ludogorets 2-1 on Thursday to advance into the last 16 of the Europa League.

Cristiano Biraghi and Romelu Lukaku scored for Inter after Cauly had given Ludogorets a surprise lead. Inter progressed 4-1 on aggregate.

No fans were allowed into the stadium as a precaution as authorities try to contain a spreading coronavirus that has made northern Italy the focal point of the outbreak in Europe. The epicenter of the outbreak is in the Lombardy region, and Milan is its capital. 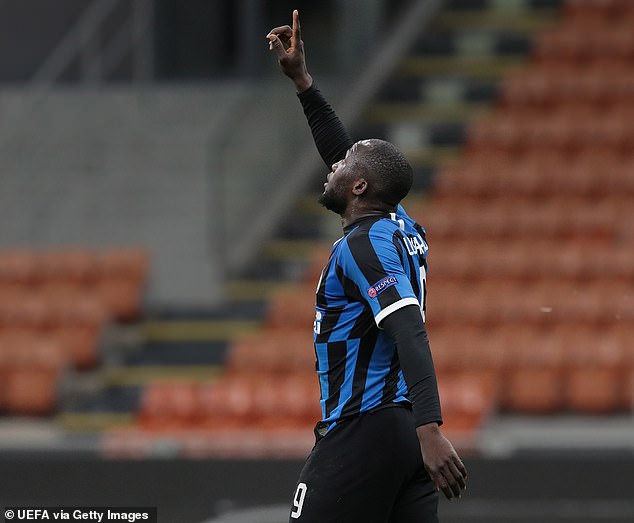 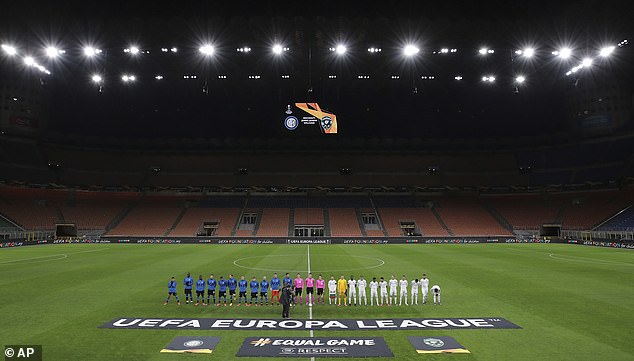 The played in front of an empty San Siro, shut due to the coronavirus outbreak in Lombardy

Journalists were also barred from the stadium, apart from broadcast rights holders.

‘I’ve experienced games without any fans allowed in when I was Italy coach and it’s a strange atmosphere which isn’t easy because it feels more like a training session,’ Inter coach Antonio Conte said.

‘But the boys had the right approach and even after conceding we reacted immediately.’

The Ludogorets team had arrived at Milan’s Malpensa airport on Wednesday wearing protective face masks and gloves. Most wore the protective gear as they entered the stadium on Thursday as well. 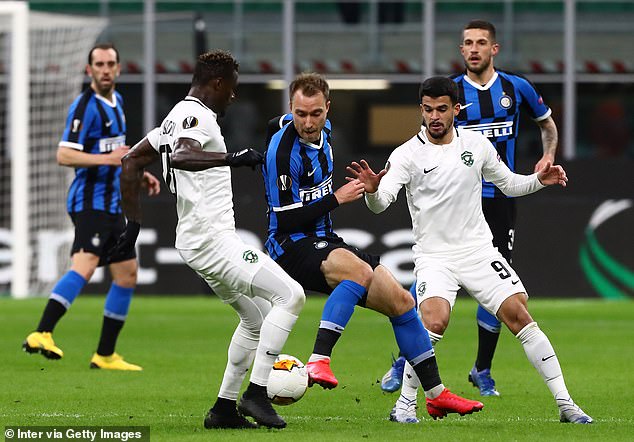 Inter fell to an early lead for the visitors but grappled back, Cristiano Biraghi levelling

Italy has reported a total of 650 cases of the new coronavirus, up from 400 on Wednesday evening and three a week ago. Three more people with the virus died in 24 hours, bringing Italy’s toll to 15.

Italy has closed schools, museums and theatres in the two hardest hit regions and troops are enforcing quarantines around 10 towns in Lombardy and the epicentre of the Veneto cluster, Vo’Euganeo.

Four Serie A matches scheduled for last weekend were postponed. Five games this weekend will be played in empty stadiums, including the top-of-the-table clash between Juventus and Inter Milan.

Meanwhile, there has been an exodus of Portuguese teams in Europe, with none left in either the Europa League or Champions League this season.

It’s the first time since the introduction of the current competition format in 2003-04 that Portugal has failed to be represented in the last 16 of either competition. 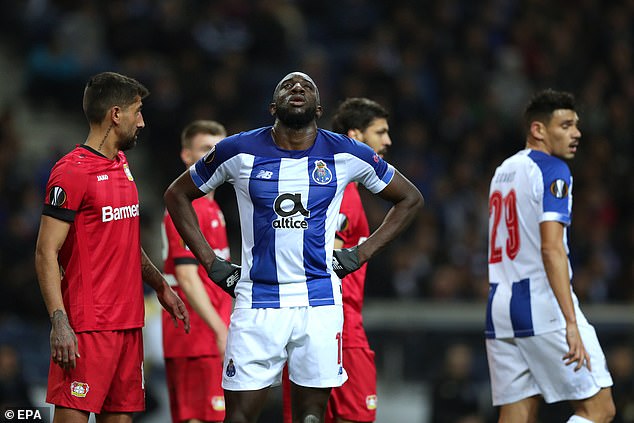 Porto fell out of the competition to Bayer Leverkusen, leading a Portuguese exodus

Benfica led the Portuguese exodus, drawing 3-3 at home to Shakhtar Donetsk to go out 5-4 on aggregate. Porto lost 3-1 at home to Bayer Leverkusen to be eliminated 5-2 on aggregate, while Sporting failed to protect a 3-1 lead from the first leg against Istanbul Basaksehir, losing the return match 4-1.

Another shock saw Ajax, a Champions League semi-finalist last season, fall out of Europe altogether before the end of February this time despite beating Getafe 2-1. The Spanish team went through 3-2 on aggregate.

Sevilla, a winner of Europe’s second-tier competition five times in the last 14 years, is making another run at the trophy, advancing on away goals – 1-1 on aggregate – after a 0-0 draw with CFR Cluj.

Other teams to advance include Roma, Wolfsburg and FC Copenhagen. 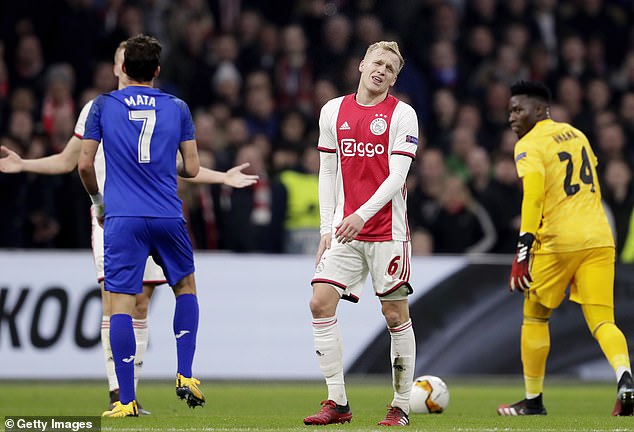