Julian Knight MP, the chair of the Digital, Culture, Media and Sport Committee, has written to Mark Bullingham, the FA’s CEO, to demand an explanation for the “shocking” scenes at Wembley surrounding Sunday’s Euro 2020 final.

The match between England – playing in front of a home crowd and in their first major final for 55 years – and Italy was marred by ticketless supporters gaining entry to the stadium and clashing with stewards, police and fellow fans.

UEFA has opened a disciplinary investigation into events surrounding the match – which was won on penalties by Italy after a 1-1 draw – and now MPs also want answers.

In a letter to Bullingham – who blamed the clashes on “drunken yobs” – Knight wrote: “The scenes witnessed at Wembley Stadium during the Euro 2020 final were shocking.

“The sheer number of ticketless people breaching the temporary, and arguably insufficient, barriers and physically attacking stewards and police to force their way into the match was appalling. 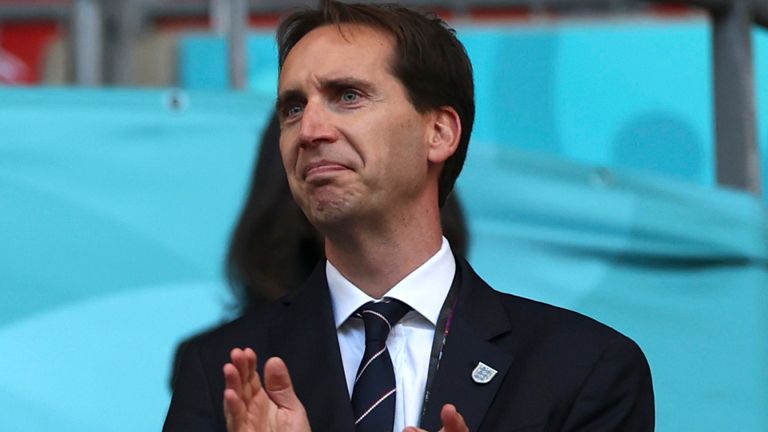 “Reports across social media of unsafe numbers in the stalls and terrified children being intimidated by the intruders did not line up with the stadium’s statement that a small number of people had successfully entered the stadium without a ticket.

“In the FA’s statement on the matter, it stated that ‘security and stewarding numbers for the Euro 2020 final exceeded the requirements for the match and were greater than any other previous event’ at the venue. Clearly the numbers were still insufficient.”

Knight went on to ask a series of questions regarding the FA’s plans regarding crowd control ahead of the game, and gave Bullingham until Tuesday afternoon to provide a response. Speaking to The Sun, Harry Maguire – who was one of only two England players to score his penalty in the shootout – said his father was left with suspected broken ribs after being caught in a “stampede” caused by ticketless fans at the game.

The defender went on to say: “We have to make sure it does not happen again.”

The FA has also been hit with four charges by UEFA following the final.

They relate to the invasion of the field by a spectator, throwing of objects by supporters, disturbances during the Italian anthem and the lighting of fireworks.