Euro 2020 Play-offs LIVE: Can Scotland and Northern Ireland do it? Follow all the action as they both try and qualify for next summer’s tournament…. PLUS all the action from Wales’ friendly against the USA

Scotland and Northern Ireland will hope to seal a spot at next summer’s European Championships with victory in their play-off final clashes tonight.

Steve Clarke’s men will take on Serbia in Belgrade at 7:45pm GMT, and will hope to qualify for a major men’s tournament for the first time since 1998.

Northern Ireland, meanwhile, welcome Slovakia to Windsor Park for their own crunch showdown. They made their first appearance in the competition four years ago.

Sportsmail‘s DANIEL DAVIS will provide live coverage including the score, lineups and build-up, with regular updates from Wales’ friendly against the USA.

We’re just over 30 minutes away from kick off across Europe for these play-off final fixtures.

Scotland are out and warming up in Belgrade. 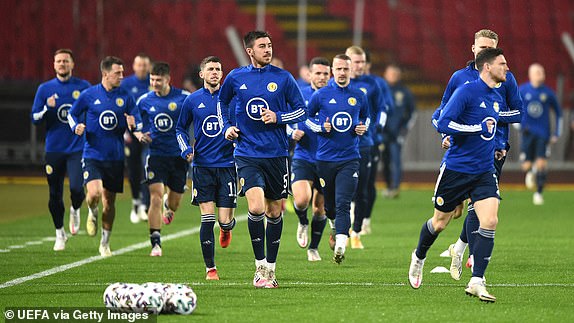 Scotland will join England in Group D next year with victory tonight. The pre-match signs are certainly promising.

They are now unbeaten in eight matches, their longest streak since 1988.

Steve Clarke is aware of how big this occasion is, a message he has also warned his players about. He said: ‘When you go into every game, no regrets is a message you give.

‘A game of this magnitude, I probably don’t need to say that because the players understand if they come off the pitch with regrets they’ll never forget that night.’ 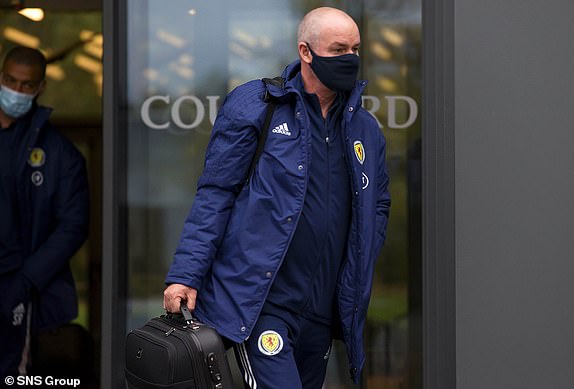 Tonight promises to be packed with twists and turns! There is so much on the line for all the teams involved in these play-off finals – but even more so for Scotland and Northern Ireland.

Steve Clarke will look to guide his team to their first qualification for a major men’s tournament since 1998.

And Northern Ireland made their first appearance in the Euros four years ago. They would love another shot this time around. 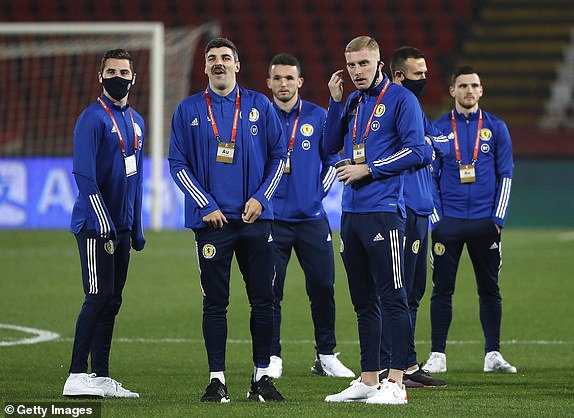 As for Northern Ireland, they have made just the one change from their play-off semi final.

Conor Washington comes in up front ahead of Corry Evans.

Steve Clarke has made three changes from the team that beat the Czech Republic last month.

Scotland and Northern Ireland are both in action, and they are just one game away from sealing a spot at next summer’s delayed tournament.

We’ll bring you the team news next…