The build-up to Euro 2020 continues today, with the rescheduled tournament now just 15 days away. The competition, postponed last summer due to the effects coronavirus, will see Portugal bid to retain the crown they won in France five years ago, while the French will look to make it back-to-back major tournament wins following their World Cup triumph in Russia in 2018.

Both nations are among the many participants to have announced their squads for Euro 2020, with the likes of Germany, 2008 and 2012 champions Spain, and most recently the Netherlands having now shared their squads with the world, too. England coach Gareth Southgate is among the managers to have named a provisional group for the competition, with the former Three Lions midfielder required to cut down his 33-man squad until there are 26 players or fewer remaining. He must do so by Tuesday, which is when he is expected to announce his final squad for the Euros.

One of the reasons Southgate named so many players in his provisional squad was due to the number participating in this week’s European finals. Manchester United came up short against Villarreal on penalties in the Europa League final last night, but the club’s present contingent of England internationals – Luke Shaw, Marcus Rashford and Mason Greenwood – appeared to make it through the game without sustaining any injuries, while Harry Maguire’s ongoing recovery saw him left on the bench. Greenwood was substituted in extra-time, but seemingly only for tactical reasons, while Rashford looks to have avoided any physical damage but was the victim of racial abuse after the match.

On Saturday, Chelsea take on Man City in the Champions League final, and Southgate will again hope his England players emerge unscathed from that fixture. Follow live updates as the build-up to Euro 2020 continues.

While United’s England players will not enter Euro 2020 with the momentum and psychological boost of having lifted a trophy just two weeks out, those who played in Gdansk yesterday evening appeared to emerge unscathed – at least in a physical sense.

Luke Shaw, Mason Greenwood and Marcus Rashford all started, with Greenwood replaced in extra-time – but seemingly only for tactical reasons. Rashford said after the match that he had been racially abused on social media, with one of the users allegedly a school teacher.

United captain Harry Maguire was not risked as his recovery from injury continues.

The Netherlands’ squad was the most high-profile group to be confirmed yesterday.

Tottenham midfielder Steven Bergwijn was among the eight to be cut, while Man United’s Donny van de Beek got the nod.

Veteran goalkeeper Maarten Stekelenburg, who played in the 2010 World Cup final but only recently saw league action with Ajax Amsterdam after years as a reserve at Everton, was chosen as one of the three goalkeepers, ahead of Marco Bizot of AZ Alkmaar. At 38, Stekelenberg will be one of the oldest squad members at the tournament.

Centre-back and captain Virgil van Dijk ruled himself out of contention last week, choosing to focus on finalising his recovery from an injury he sustained with Liverpool at the start of the season. 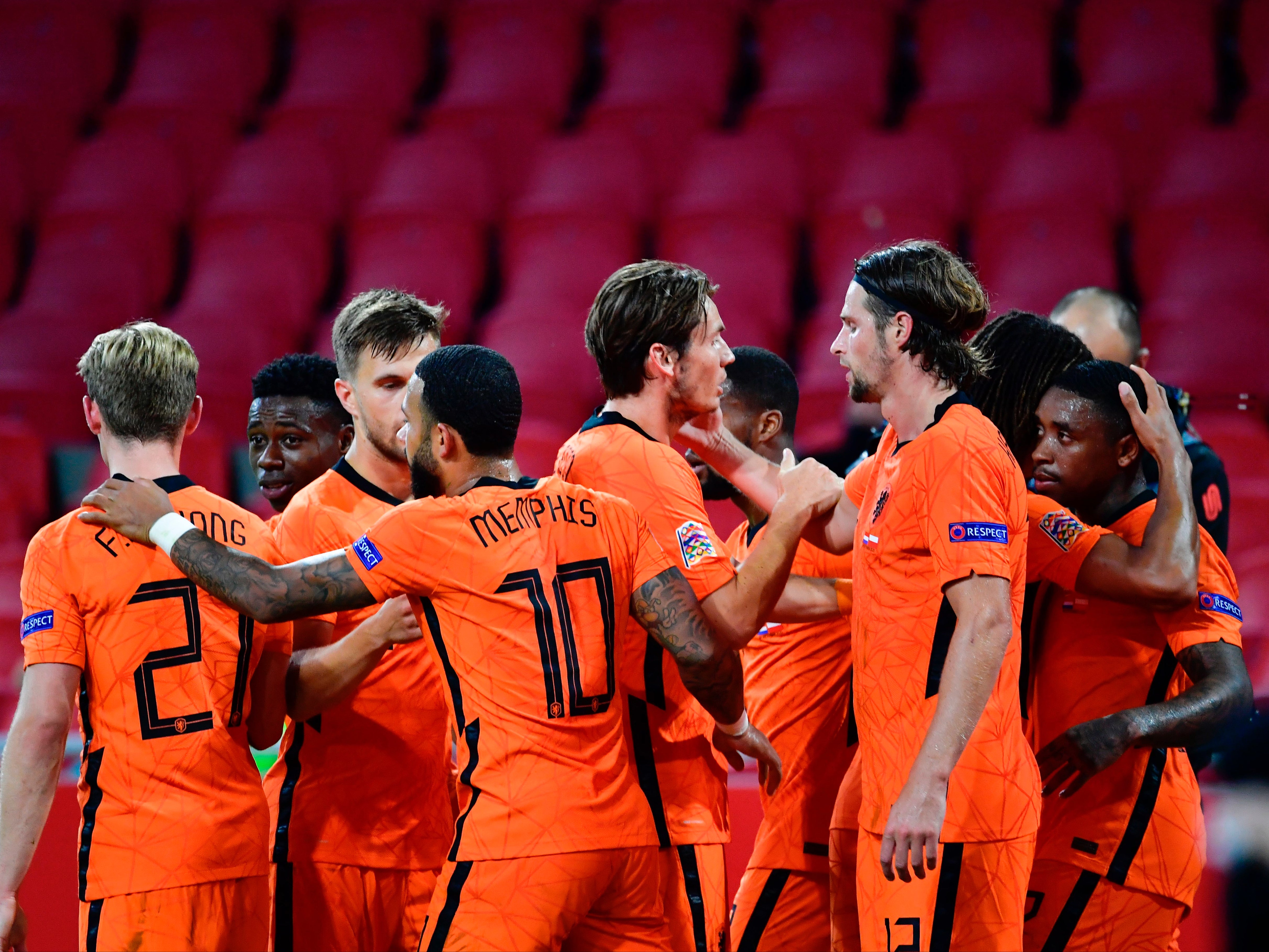 Eight players have been axed from the initial selection

Welcome to The Independent’s live coverage of all the latest Euro 2020 news!