Kane is the favourite, Lukaku looks dangerous and Mbappe is the jewel in France’s attack… but don’t forget about Lewandowski and Ronaldo! The stars set to battle it out for Euro 2020’s Golden Boot

The postponed 2020 European Championships will see some of the greatest goal scorers in world football fight it out for the Golden Boot.

The prize for the tournament’s top scorer is always fiercely contested – with the best European sharpshooters looking to add to their tallies to be crowned the continent’s No 1 goalscorer.

As a result, Sportsmail has looked through those with the strongest credentials to challenge for the Golden Boot this summer. 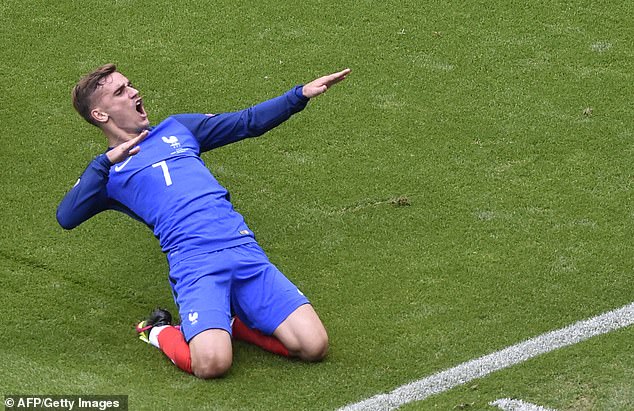 Regarded as one of the world’s best strikers and coming off another superb season for Paris Saint-Germain, it is no surprise Mbappe’s name springs to mind when you think of the Golden Boot.

He is already being tipped to win the 2021 Golden Ball after a string of stellar displays for PSG saw him score eight goals in eight Champions League games this season.

However, having been named as the ‘the rightful successor’ to Ronaldo and Lionel Messi by David Trezeguet recently, Mbappe will be looking to prove his worth at this Euros this summer. 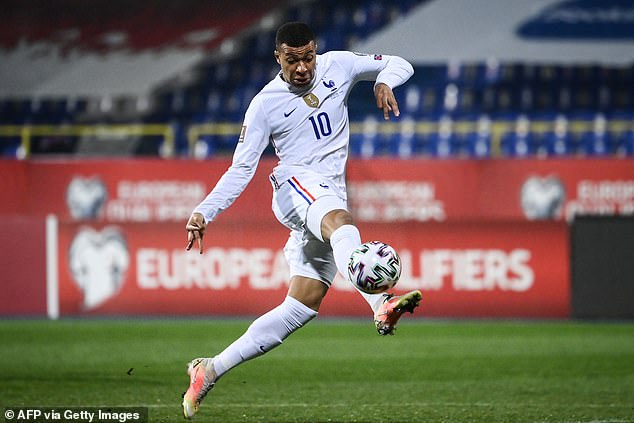 Mbappe managed to score four goals in seven games at the World Cup in Russia three years ago and came joint second for the Golden Boot alongside Lukaku, Griezmann, Denis Cheryshev and Ronaldo.

As a result, he is positioned well to challenge for the award at the postponed 2020 European Championships.

France have a plethora of attacking options around him and are favourites to add the European crown to their World Cup success in 2018.

However, they have been drawn in a tough group with Portugal and Germany so Mbappe may see his chances limited in what are expected to be close encounters.

Kane is quite rightly regarded as one of the best forwards in world football and will be at the forefront of Gareth Southgate’s England side this summer.

Coming off the back of another disappointing season with Tottenham, Kane will be eager to get his hands on all the silverware he can at the Euros.

Kane will head into the tournament with plenty of confidence, having topped the scoring charts during the European qualifiers with 12 goals from 22 shots – making his goal conversion rate 55 per cent. 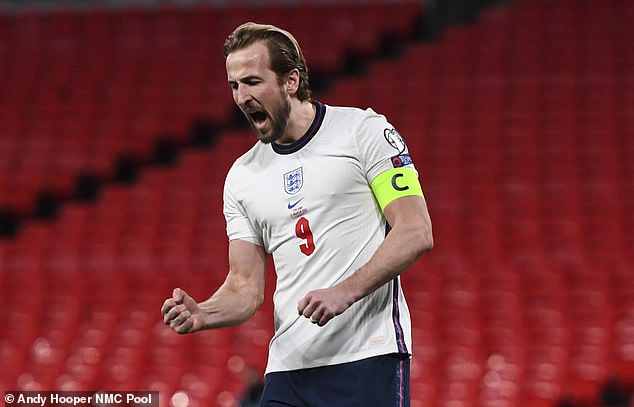 Kane topped the scoring charts during the European qualifiers, scoring 12 goals from 22 shots

Kane will also be aided by England stars Raheem Sterling, Mason Mount, Phil Foden, Jack Grealish and Marcus Rashford in his quest for the Gold Boot this summer.

The England talisman is no stranger to the ‘best striker’ title, having just won the Premier League’s Golden Boot on the final day of the season, edging out Liverpool’s Mohamed Salah.

Kane also picked up the Gold Boot award at the 2018 World Cup in Russia after a stellar campaign that saw England reach the semi-finals.

It wouldn’t be right to speak about Golden Boot contenders without mentioning Ronaldo.

The Portugal international has finished five different campaigns as the leading league scorer across Europe’s top divisions – claiming the title while playing for Manchester United, Real Madrid and Barcelona.

However, he is yet to pick up the crown during a European Championship – having finished second to Griezmann five years ago in France.

Nevertheless, Ronaldo has scored 103 goals in 173 games for Portugal already – making him one of the most promising contenders for the tournament in the summer.

Ronaldo will look to the likes of Ricardo Pereira, Bernardo Silva, Joao Cancelo, Pedro Neto, Diogo Jota and Bruno Fernandes to help supply him with opportunities. 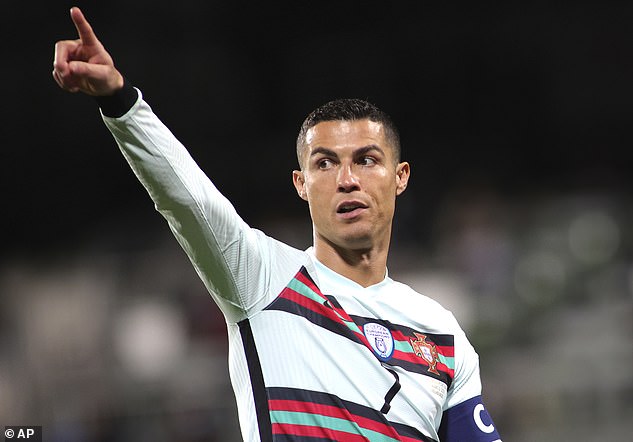 Lukaku has been on fire for Inter Milan this season and is expected to continue his fine form at the Euros this summer.

With Roberto Martinez’s side facing Russia, Denmark and Finland in Group F it seems likely that Lukaku will have plenty of opportunities to find the net.

Lukaku will also be graced with a constant service from the likes of Kevin De Bruyne and Youri Tielemans, aiding his chances of picking up the Golden Boot this summer.

The Belgian international will be eager to top his 2018 World Cup tally – having finished the competition joint-second with Griezmann, Mbappe, Ronaldo and Cheryshev.

As it stands, Lukaku is on track to cause the other contenders a summer of upset as he has averaged an impressive 1.56 goals per 90 minutes during the European qualifiers – making him one of the most dangerous strikers in the competition. 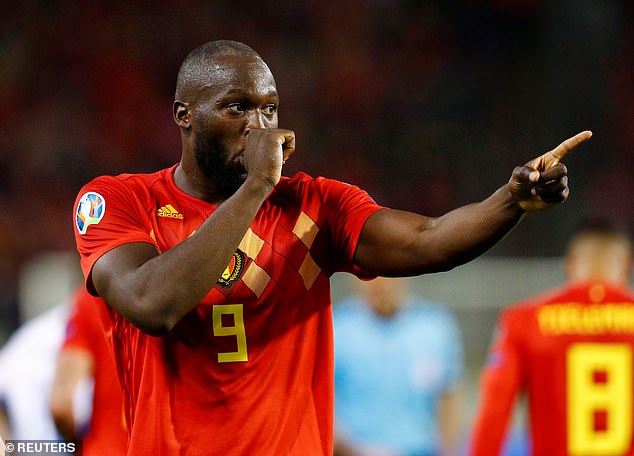 Fernandes has become one of the first names on the Manchester United team sheet and has provided the Red Devils with the attacking prowess they have needed to succeed in the Premier League.

Since Fernandes’ arrival from Sporting Lisbon, Ole Gunnar Solskjaer’s side have transformed into serious title contenders, although he could not inspire them to Europa League glory last month.

He not only contributed 17 assists domestically this season but also found the back of the net 28 times himself. 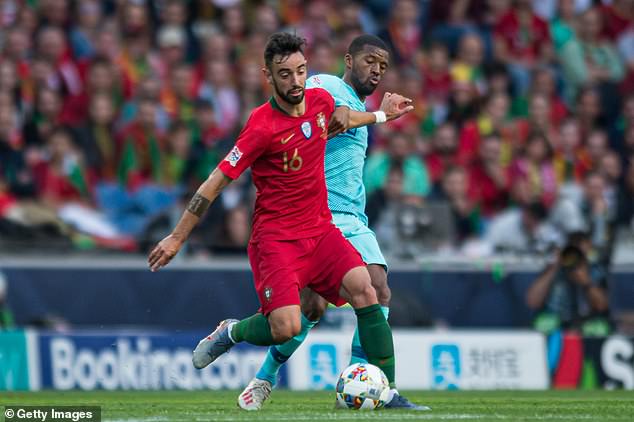 As a result, Fernandes is expected to accumulate an impressive number of goals for Portugal during the Euros this summer.

Having established himself as a primary penalty taker, Fernandes may also have an advantage over his closest competitors for topping the goal scoring charts.

That being said, the Manchester United star only has two international goals to his name despite making 27 appearances.

Antoine Griezmann will be looking to retain his European crown having picked up the Gold Boot at the competition in 2016.

Griezmann scored a total of six goals at the competition five years ago – beating Ronaldo who only managed to contribute three.

The striker scored 20 goals in 51 games for Barcelona this season after a turbulent start to the 2020-2021 campaign.

Neverthless, Griezmann is a big occasion player and given the quality surrounding him in Didier Deschamps’ side, both he and France are on course to pick up some silverware this summer. 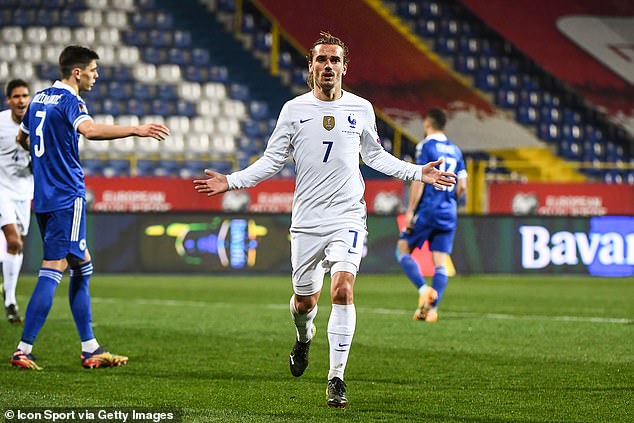 Bayern Munich talisman Robert Lewandowski claimed his place among the best strikers in the world several years ago and has continued to shine for the Bundesliga giants this season.

Despite being 32, the Pole will head into the competition with one of the most prolific records to date – having scored 48 goals in 40 games for Bayern this season.

However, Lewandowski’s chances of claiming the Golden Boot at the Euros this summer could be hampered by the quality of his international teammates.

Lining up for Poland, the striker does not have the luxury that the likes of Mbappe has by playing alongside Griezmann, Kingsley Coman and Paul Pogba. 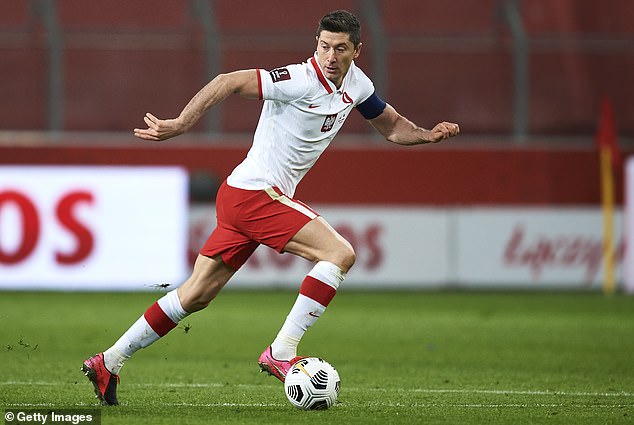 The Euros will be the 25-year-old winger’s first major tournament but he has already proven his worth on the international stage after competing at the Olympic Games in 2016.

Gnabry was selected for Germany’s Olympic squad for Rio. He helped his country win the silver medal and became the tournament’s top scorer with six goals in six matches.

Following his success at the Olympics, Gnabry was called up for Germany’s senior national team for the first time in November 2016. He scored a hat-trick on his debut during Germany’s 8-0 annihilation of San Marino.

He then went on to win the European Under-21 Championship with the junior squad in 2017.

As for this season, Gnabry netted 11 goals in 38 games for Bayern – making him well placed to fight for the Golden Boot. 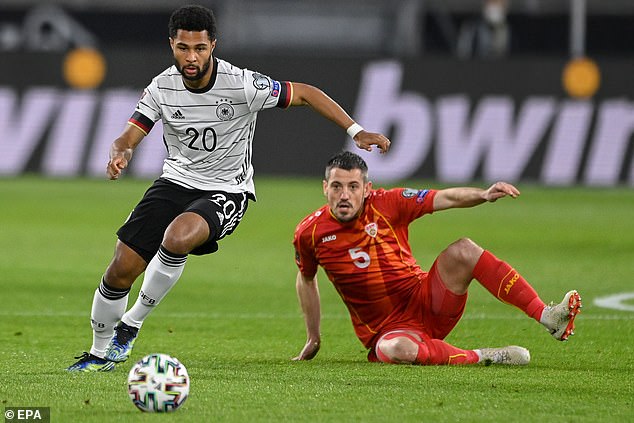