‘For someone who speaks like that, thank God he plays football’: ESPN presenters shamelessly mock Harry Kane’s speech in now-deleted video – causing fury from fans of ALL clubs on social media

A presenter, a journalist and a producer from ESPN have been branded ‘disrespectful, incompetent and derogatory’ after appearing to make fun of Tottenham striker Harry Kane’s voice.

Kane netted once more for Spurs from the penalty spot in a 2-1 victory against Brighton, which saw them climb to second in the table and the striker move into the top 10 goalscorers in Premier League history.

Leaked footage shows ESPN FC’s Alexis Nunes and Mark Ogden beginning to talk about Kane’s performance and career before halting the conversation, and in between takes they then appear to mock the way his voice sounds, with an off-screen producer also using insulting words about the England captain. 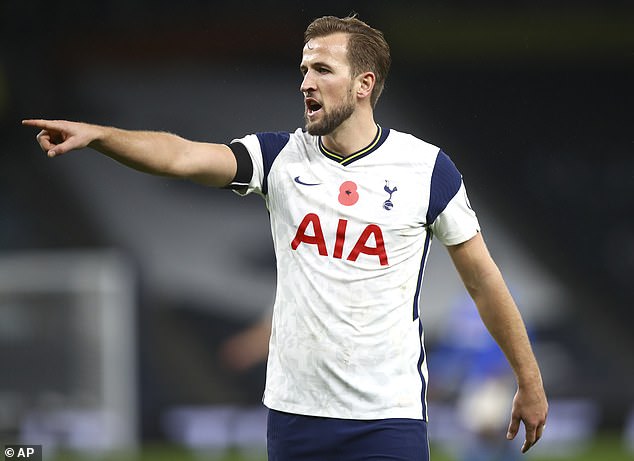 Responding to Nunes’s question about Kane’s enduring success, Ogden starts to praise Kane’s consistency before appearing to stumble on his words, and waves his arm as if to indicate that he wants to end the sentence.

An offscreen producer then enters the conversation and adds: ‘I hate hearing him speak. He’s got a weird voice.’ Ogden then jokes: ‘Shall I do it in the style of Harry Kane?’

The producer then says: ‘Yeah. Through the whole thing in that. That’s what stands out about him.’

Nunes then says: ‘Yeah, his voice. Literally. For someone who speaks like that, thank God he plays football.’

They then compose themselves to retake the conversation.

England captain Kane is often mocked online for his style of speech.

The shameful, and now deleted, video has caused anger among fans from all clubs on social media.

One wrote: ‘ How dare they disrespect England captain and family man Harry Kane.

‘They ought to be thoroughly ashamed of themselves how would they feel if it was one of their friends or family.’

Another added: ‘Showing themselves up as being completely disrespectful, incompetent and derogatory. The most unprofessional thing I’ve seen.’

Kane’s penalty did cause controversy, however, after he was awarded the spot kick following a foul from Adam Lallana. 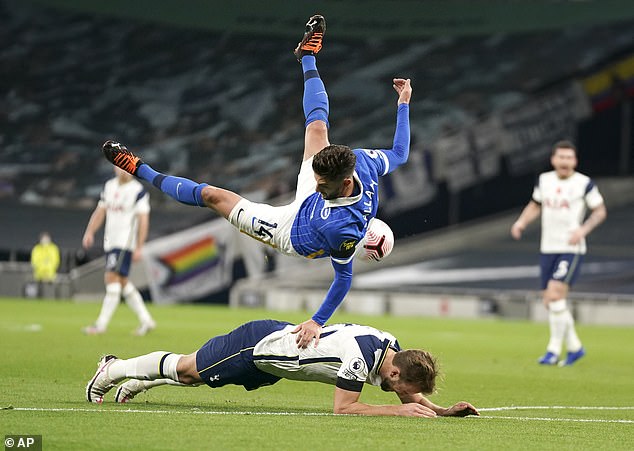 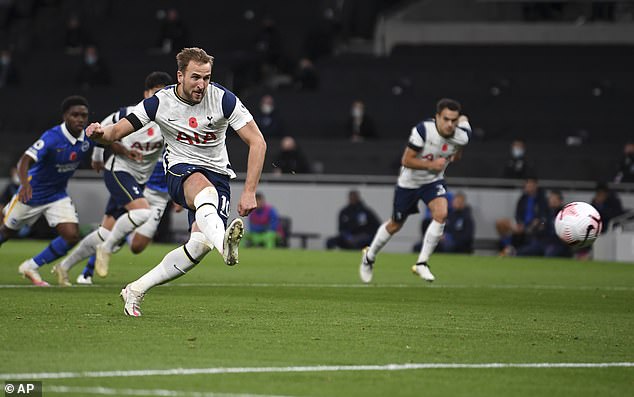 Many observers, including Martin Keown, believed the Spurs star should have been penalised after taking a glance at the former Liverpool man and standing there knowing ‘what he is doing’.

However, Sportsmail’s Mark Clattenburg believes Kane was clever in winning the spot kick but the correct decision was made by the referee.

Tariq Lamptey then scored the equaliser for the Seagulls before Gareth Bale scored his first goal for Spurs since his return in the summer to claim the victory for Jose Mourinho’s men.