Man Utd: How close was deal for Haaland?

Erling Haaland’s agent, Mino Raiola, has confirmed that “everybody” is looking at the Borussia Dortmund wonderkid, but only four Premier League teams would be able to afford him. Chelsea and Manchester United have both been linked with the young striker.

Haaland is one of the most in-demand players in world football at the moment.

The Dortmund striker has been on fire this season with 27 goals in 25 games across all competitions.

His double in the Champions League away against Sevilla last week saw the Germans take a 3-2 lead into the second leg.

His form has seen him earn interest from elsewhere, with Real Madrid, Chelsea, Manchester City, Manchester United among those linked with him. 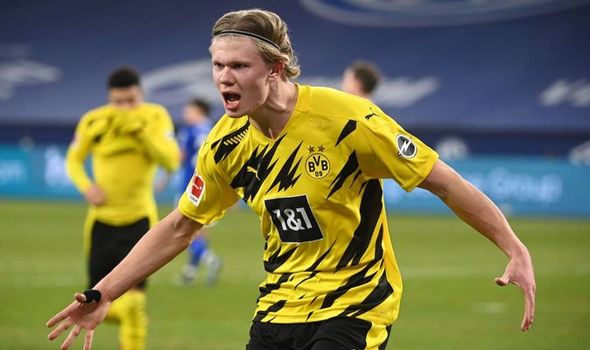 Haaland has a release clause – believed to be in the region of £68million – which will be active from the summer of 2022 onwards.

But until then, or if he signs a new contract, any bids submitted to Dortmund would have to be astronomical for them to part ways.

And Raiola explained to BBC Sport that there are only four teams in the Premier League with the financial capability of affording him, with only ten globally able to buy him.

He explained that he didn’t want to go too much into the potential of Haaland moving on, but expressed there will be plenty of options when he does decide to leave the Signal Iduna Park.

Raiola told the BBC: “The problem that I feel that you have in England is that, whenever I tell my opinion, an opinion that I have, everybody in England goes berserk and I’m the worst agent.

“The clubs get so stressed by it, including the public and the journalists, that I’ve learned not to talk about it so much, but only during the market.

“But it is obvious though that everybody is looking at Erling as one of those potential new future stars. It’s so difficult to do what he does at his age, at this level.

“He will be one of the future stars for the next decade – because we see people like [Zlatan] Ibrahimovic, Cristiano Ronaldo and [Lionel] Messi coming to a certain age. How long can we still enjoy them? 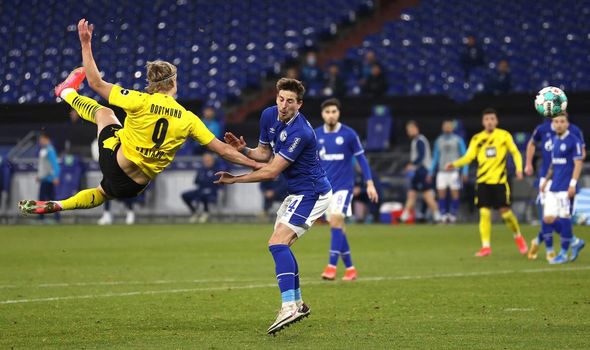 “So everyone is looking for the new generation and it’s obvious there are only a maximum of 10 clubs that can afford to buy him.

“You can call them and say ‘would you be interested?’

“There is not a sporting director or trainer in the world that would say he would not be interested.”