Erik ten Hag’s previous comments on Lisandro Martinez all but confirms that the versatile Argentina international will be Manchester United’s first-choice centre-back once his £55m transfer from Ajax is formally completed. United have finally struck a deal with the Dutch champions for Martinez, who was one of Ten Hag’s top summer transfer targets.

During his time in Amsterdam, Martinez has deputised in a number of different roles for Ajax, who captured their third Eredivisie title in four years under Ten Hag last term.

But even though Ten Hag has deployed Martinez as a left-back and a defensive midfielder in the past, the new Manchester United chief has previously made it clear that he believes Martinez is best suited to a defensive role; hinting that the 24-year-old is set to be Ten Hag’s first choice central defender at Old Trafford.

Speaking to ESPN back in January 2021, Ten Hag said: “Daley Blind does not have the running capacity to play in midfield. And neither does Martinez.” 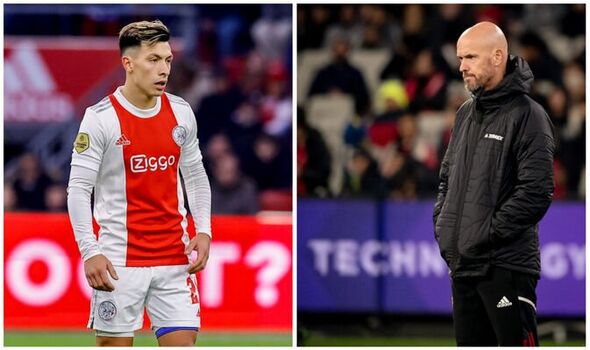 Ten Hag had already dropped a major hint that he was planning to integrate Martinez into United’s defence after he nudged club captain Harry Maguire into a right-sided defensive role during Friday’s 4-1 win over Melbourne Victory.

Maguire is naturally right-footed, but favours playing as a left-sided centre-back. The 29-year-old has been deployed in that role ever since he arrived at Old Trafford in an £80m deal from Leicester City back in 2020, but it appears as though Martinez – who is left-footed – will get the nod to feature on the left next season.

And speaking after it was confirmed that United have finally thrashed out an agreement with Ajax for Martinez’s services, Ten Hag revealed that he targeted a move for his old defensive general after analysing the left-hand side of Manchester United’s defence. 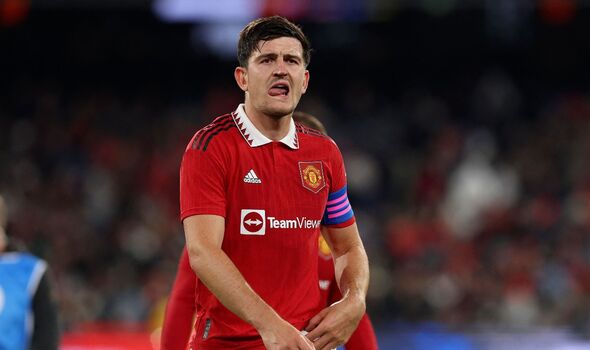 Ten Hag told The Mirror: “We have good players there but I also think that we need a squad that is also good and deep, but I analysed United last year in the left part of the defence.

“[Martinez] is left-footed and that is an advantage in possession and defending. And he also brings a South American aggressiveness, control. He can bring spirit to the team and in cooperation with the fans. I think it will fit really well with Manchester United and the way we play.”

Martinez’s arrival means that Maguire will have to battle it out with Raphael Varane for a first-team spot next season – even though the former Leicester man will keep the captain’s armband. Varane at Old Trafford from Real Madrid last summer, but the World Cup winner was dogged by injuries in his maiden season in the Premier League.