Behind the scenes as Man Utd train for Liverpool friendly

Manchester United manager Erik ten Hag has warned his players about ‘mistakes’ despite watching them romp to a 4-0 win over Liverpool in his first game in charge. On Tuesday, United won the Bangkok Century Cup as fans got an exciting glimpse of Ten Hag’s play style and philosophy.

Ten Hag fielded 22 different players at the Rajamangala National Stadium as preparations for his maiden season in the Old Trafford dugout accelerated. Jadon Sancho opened the scoring on 12 minutes with a calmly-placed finish past Alisson.

Fred doubled United’s lead at the half-hour mark with a sensational 20-yard chip before Man of the Match Anthony Martial dinked Alisson to add a third just three minutes later. Facundo Pellistri came off the bench to round off a scintillating counter-attack with 14 minutes left.

After full-time, Ten Hag was largely positive about his side’s performance but warned United stars that mistakes didn’t go unnoticed, despite the phenomenal result. He told MUTV: “Believe me, I have seen a lot of mistakes. It will take a lot of time. We have not overestimated this result.” 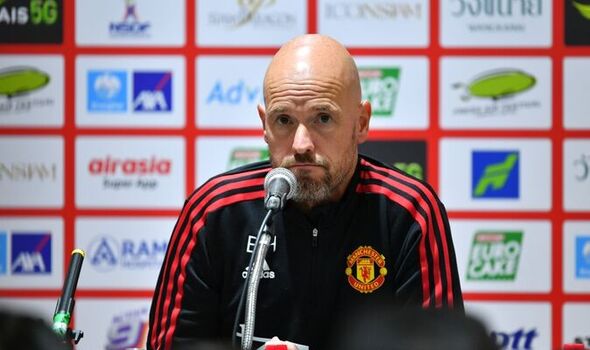 Ten Hag added that he was satisfied with the overall performance, particularly the volume of chances United created. But he continued to repeat the word ‘mistakes’ in his evaluation as he strives for perfection at the start of his rebuild.

“I am satisfied today. It was a team with a great spirit, and we know we are just getting started,” Ten Hag explained. “We made some mistakes in the press, we conceded some chances, but we created a lot. We have to work hard to cut out the mistakes, but of course, we are happy. I know we have good players. 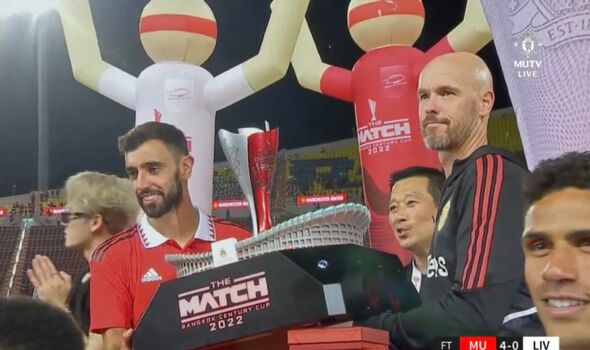 “We have started to build a team, and I am happy with the first game. It will take a lot of time. I have seen a lot of mistakes. Liverpool played three teams. They were not at their strongest. We will not overestimate this result. But still, I have seen some really good things. A lot of speed and creativity up front.”

United will now travel to Australia for the next leg of their 2022 pre-season tour, facing Melbourne Victory at the iconic MCG on Friday. Crystal Palace and Aston Villa are also on the agenda Down Under, before games against Atletico Madrid in Oslo and Rayo Vallecano at Old Trafford.