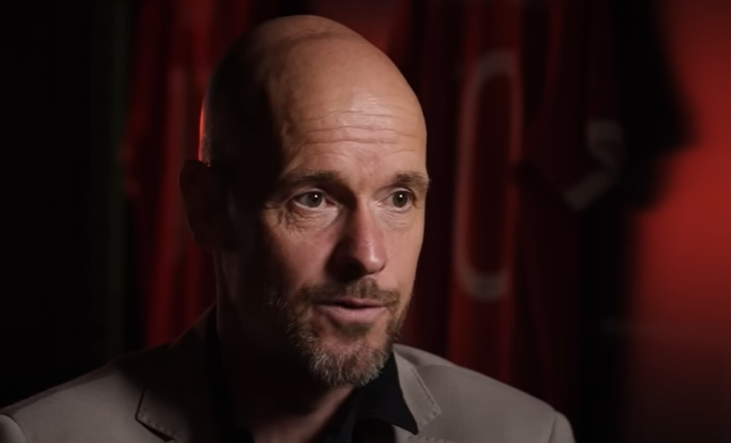 New Manchester Untied manager Erik ten Hag is risking putting all of his transfer eggs in one basket and will not sanction any deals until the club delivers his No.1 target.

The Red Devils have already been linked with over 80 players this summer but Ten Hag, appointed as Ole Gunnar Solskjaer’s permanent successor, has a clear idea of the type of footballer he needs to help revive United’s fortunes.

Armed with a relatively modest budget of around £120million, before player sales, Ten Hag is ready to blow a huge chunk of that sum on Frenkie de Jong, who he feels is essential to the style of football he wants to implement at Old Trafford.

United had hoped that Barcelona’s perilous financial position would make a deal relatively straightforward, but it has proved anything but so far.

The Premier League giants are expected to return with a second bid closer to Barcelona’s €70m asking price this week but, even then, the player, who has been in contact with his old Ajax boss, would still need convincing to make the move.

Despite the deal still being somewhat in the balance, Ten Hag does not want to waste funds, according to the Daily Mail, that could be used to help secure the services of De Jong.

Such a strategy could prove risky and contribute to missing out on players such as Christian Eriksen who now appears set to rejoin Tottenham, despite having been offered a deal by United.

Reports earlier this week claimed Ten Hag was starting to grow frustrated at the length of time it was taking to get the De Jong signing over the line.

Disgruntled fans, meanwhile, met with under-fire CEO Richard Arnold at a Cheshire pub on Saturday, having planned to protest outside his house, to press the Untied chief on the club’s summer plans and De Jong in particular.

‘As a club we’re doing everything possible to get the deal done,’ Arnold was heard saying in footage that was leaked on Twitter.

‘I’ve been up for days trying to get it done, the money is there but there’s things standing in our way which I can’t say.’

Ten Hag is has also identified Feyenoord left-back Tyrell Malacia as a key target, but will only move for the 22-year-old once De Jong is secured.