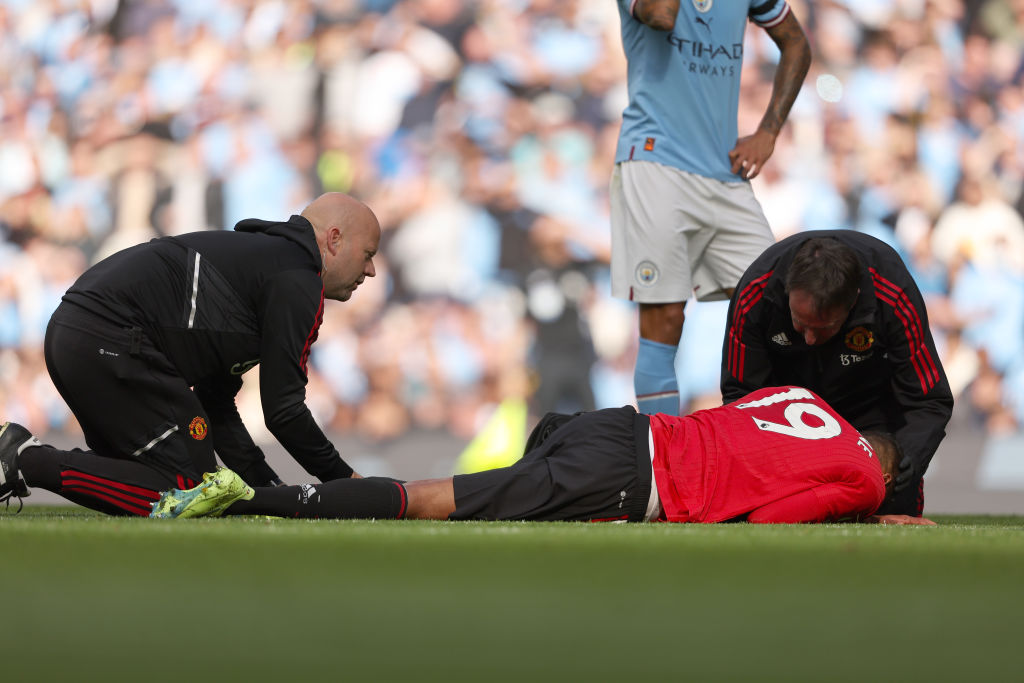 Manchester United are set to be without Raphael Varane for their Europa League clash against Omonia after the Frenchman was absent from training today.

The Red Devils fly to Cyprus this afternoon as they look to record their second win out of three matches in their Europa League group on Thursday.

Varane has been in fine form this season but he injured his ankle in the build-up to Manchester City’s second goal on Sunday and was receiving treatment as Erling Haaland headed home from a corner.

The Frenchman was sent for a scan after the match and the results show he has not suffered significant ligament damage to his ankle.

But he was not present at training today and Erik ten Hag is expected to confirm how long his absence will last at a press conference later this morning.

Varane was one of four first-team players that failed to train, with Harry Maguire, Aaron Wan-Bissaka and Donny van de Beek also absent.

The Dutchman is expected to mix up his side on Thursday, with the likes of Anthony Martial, Anthony Elanga and Luke Shaw expected to come into the team.

United take on Everton at Goodison Park on Sunday night, when Casemiro is expected to be handed his Premier League debut.

The Brazilian has waited patiently for his chance since joining in a £60m deal from Real Madrid in mid-August.