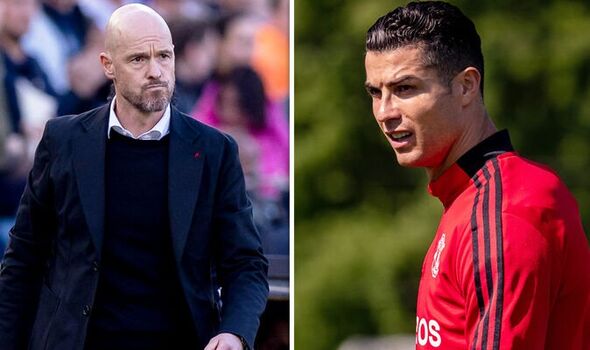 Erik ten Hag insists he will be able to handle the likes of Cristiano Ronaldo at Manchester United. The incoming Red Devils boss has warned Ronaldo he, or any other player, will not be given any special treatment.

United announced on Thursday that Ten Hag will become the club’s next permanent manager at the end of the season. The Dutchman will leave Ajax to replace Ralf Rangnick at Old Trafford.

Ronaldo is almost halfway through the two-year contract he signed upon his return to United last summer. The Portugal superstar will immediately become the most high-profile player Ten Hag will have ever managed in his coaching career.

Some have questioned whether Ten Hag’s lack of experience at top European clubs will hamper him at United. But in his first interview since being announced as the new United boss, he insists he is ready for the task ahead.

Ten Hag was asked: “Can you deal well with stars, the Ronaldos of this world?” And he was pretty clear in his response that no player will be able to go against his values.

He told Dutch outlet Trouw: “I think so, but I will remain myself in that too. I will not change my view on coaching.

“The material always determines how you play, but I indicate the requirements that come with it and the standards. I tell who has what task and who does not meet it, will be told that, regardless of who it is. I make no concessions in that regard.”