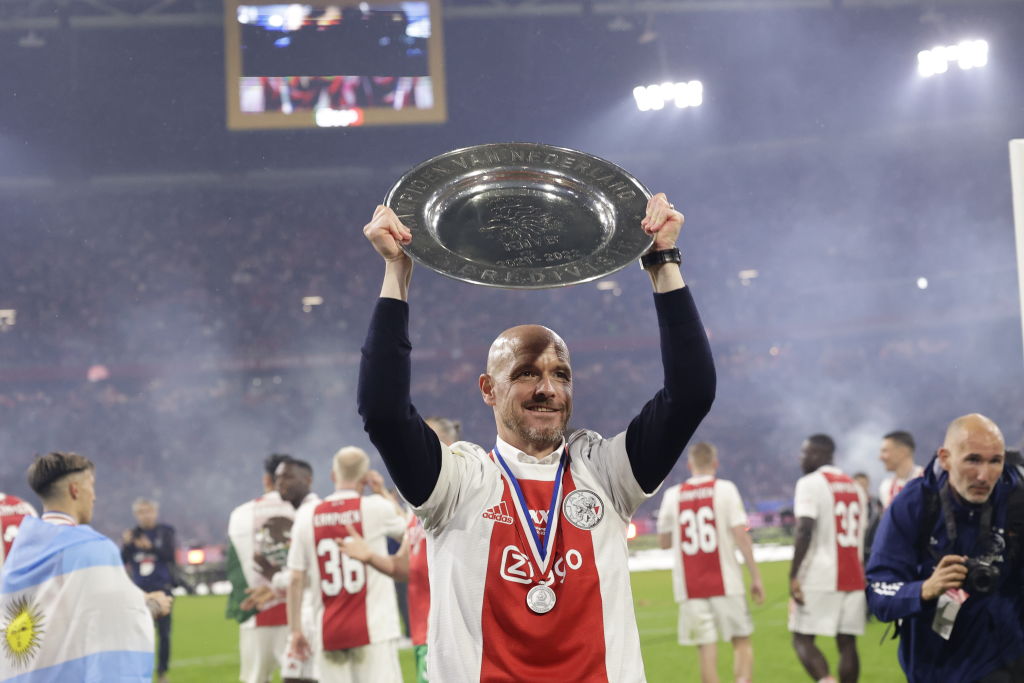 Erik ten Hag could be in attendance for Manchester United’s final Premier League match of the season as he weighs up seeing his struggling stars up close, according to reports.

The 52-year-old coach sealed the Eredivisie title with Ajax last weekend and Sunday’s away trip to Vitesse will mark his final match in charge of the Dutch champions before he takes over at Old Trafford.

United have a free weekend due to the FA Cup final and do not play again until May 22 against Crystal Palace, their final match of an underwhelming and disappointing campaign.

That match could become a must-win game for United if they want to avoid playing in the Europa Conference League next season, with West Ham just three points behind with a game in hand and significantly better goal difference.

One of the biggest tasks facing interim boss Ralf Rangnick is motivating his increasingly apathetic squad for the match against Palace – though he might get a helping hand from Ten Hag.

According to The Athletic, the Dutchman intends to watch United’s trip to Selhurst Park live, though it has yet to be decided if he will definitely be in the stands in south London.

Ten Hag has already held several meetings with United bosses in Amsterdam as he looks to plan for his first season at the club and his focus will switch fully to the Red Devils as soon as Ajax’s match against Vitesse has finished.

The prospect of Ten Hag watching on might gee up United’s players, with the atmosphere in training said to be ‘totally flat’ following their heavy 4-0 defeat to Brighton last time out.

The Athletic’s report says the players are unhappy with what they perceive to be sub-par coaching sessions laid on by Rangnick’s assistants, Chris Armas and Ewan Sharp – both of whom will leave the club at the end of the season.

They will be replaced by Ten Hag’s current Ajax assistant Mitchell van der Gaag and Steve McClaren, who were both part of the meeting the new United boss held with club representatives in Amsterdam recently.

Talks have focused on general strategy and recruitment, as well as speaking to United’s sports science team about fitness regimens and pre-season plans with Ten Hag keen to hit the ground running.