Erik ten Hag has confirmed Cristiano Ronaldo will remain at Manchester United beyond transfer deadline day. The summer transfer window slams shut on Thursday night, and several United players’ futures are still hanging in the balance, headlined by the wantaway 37-year-old striker. But Ten Hag insists it will not be a busy day in terms of incoming for United.

Speaking to the press ahead of Thursday’s trip to the King Power Stadium to face Leicester City, Ten Hag outlined the Red Devils’ plans for transfer deadline day. And when asked whether Ronaldo would be part of his squad beyond the 11pm cut-off, the Dutchman responded with confidence.

He said: “That’s clear, of course. I just said we need quality players, and you need more to cover all the games, to keep the consistency going – that is what we strive for.”

Aaron Wan-Bissaka has been another first-team star heavily linked with an Old Trafford exit in the final days of the window. The 24-year-old’s future is likely to impact whether Ten Hag can reunite with Barcelona right-back Sergino Dest, with Crystal Palace and West Ham United interested.

However, the United boss confirmed that Wan-Bissaka was set to stay within his ranks and fight to reclaim his starting berth from Diogo Dalot. “Of course, Aaron will stay in,” Ten Hag added. “So this squad, we will go from September to the minimum, January, but we will play with this squad this season.” 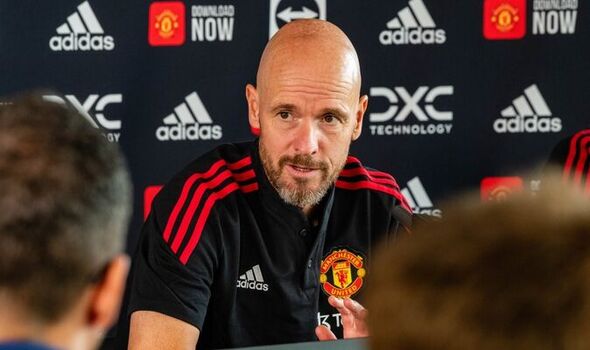 Ten Hag also suggested that Antony and Martin Dubravka would be the final incomings at United this summer, totalling his spending at £227m. “I think so. That will be it for this window, the end,” Ten Hag said. “But when there is a great opportunity, we always have to be alert at this top club.”

On Monday, United confirmed they had reached an £85m agreement to reunite Ten Hag with Antony. But the Dutchman has insisted that while he saw attacking reinforcements as important before the deadline, the 22-year-old Brazilian hasn’t yet completed his move.

He explained: “First, we have to sign him, so there’s an agreement between the clubs. But the paperwork is not done, so I can’t go too deep. In the offensive department, we still needed to strengthen our squad because we have many games to cover. 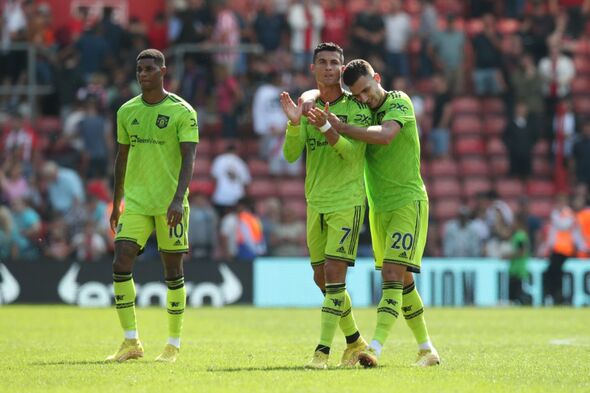 “From now, we go three games a week, every third or fourth day. As you know, especially for offensive players, they tire quicker because they have to run more, at a higher intensity, so we expect that from them. We don’t only need quantity. We need quality.”

Despite Ronaldo and Wan-Bissaka likely staying in M16, there will be some deadline day departures. James Garner is expected to join Everton in a deal worth around £15m and Amad looks set to join Championship outfit Sunderland on a season-long loan. Tahith Chong is also nearing a permanent return to Birmingham City.